22 Minutes of NEW Back 4 Blood Gameplay

Check out 22 minutes of gameplay of the new Blue Dog Hollow Campaign, which will be playable in the Back 4 Blood beta.

We here at GameSpot got our hands on the upcoming Back 4 Blood beta a little early. For those unaware, Back 4 Blood is the upcoming zombie co-op shooter from Turtle Rock Studios, the people who brought you the original Left 4 Dead. Anyone who spent hours fighting the undead hordes in that game well into the night will feel right at home here.

Our early look at the beta gave us access to the game’s PvE campaign mode, including The Devil’s Return, which was in last year’s closed alpha, and Blue Dog Hollow, a newly featured campaign that's the focus of this gameplay video.

The first act of Blue Dog Hollow, Bad Seeds, had our crew making its way through an infected farmland. The Ridden, Back 4 Blood’s name for zombies, have started to set up nests, corrupting the land with horrifyingly gross flesh piles. In the second act, Hell’s Bells, we traveled to a church, ending with an overwhelming horde showdown during which we needed to board up windows to complete the act.

The Back 4 Blood beta will also give players a chance to run around Fort Hope, an interactive lobby where you can hang out and practice at a shooting range while you wait for your match to load. The final piece of the beta is the PvP mode, Swarm, in which one team takes on the role of survivors and the other plays the Ridden in a best of three, before the teams swap roles.

The Back 4 Blood beta is open to players who pre-ordered the game as well and those that registered and got early access, and starts at noon PT / 3 PM ET on Thursday, August 5 and runs until Aug 9. But don’t fret, as there will be an open beta for everyone running August 12-16. 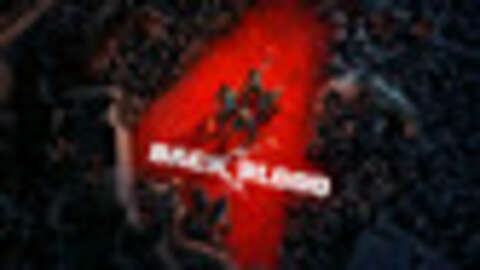