We went into this preview expecting junk-punching grannies and crazy robots but got a serious story on AI tech gone horribly wrong and human trafficking instead.

Ahead of its release for Xbox One, PS4, Google Stadia, and PC on October 29, we had the chance to play a preview build of Watch Dogs: Legion. The upcoming open-world game is just the first of three massive Ubisoft games scheduled to release later this year--Legion will be followed by Assassin's Creed Valhalla in November and Immortals Fenyx Rising in December.

The video above is Michael Higham's three-hour play session trimmed down to 20 minutes of action. After going into the preview expecting to see more of the tongue-in-cheek humor and rambunctious hacking hijinks that have dominated most of the marketing material for Legion, Michael was a little surprised to find a rather serious story. As you can see in the gameplay, Legion will occasionally dip into more morbid and horrifying material, like human trafficking or broken artificial intelligence.

Legion, the third game in the Watch Dogs franchise, takes the series to London, although it's one that has been overtaken by a paramilitary organization. The game will feature music by British rapper Stormzy and the original Watch Dogs' protagonist, Aiden Pearce, is scheduled to be featured in Legion in a post-launch DLC expansion.

If you're looking forward to playing Watch Dogs: Legion on Xbox Series X/S or PlayStation 5, don't worry about having to pay for the game a second time. If you buy Legion for Xbox One or PS4, you can upgrade to the Series X/S or PS5 versions of the game for free when both next-gen consoles launch in November. 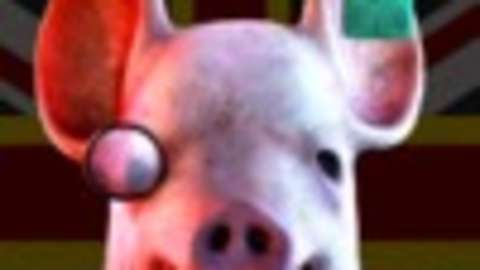