See direct gameplay of The Wonderful 101: Remastered running on the Nintendo Switch from PAX East 2020.

Platinum Games is readying their return to the cult-favorite team-based hero brawler, The Wonderful 101. Following the big success of their crowdfunding venture on Kickstarter, the Remastered edition of Platinum's much-loved game brings the hero character-action gameplay to PC, PS4, and the Nintendo Switch. Retaining its focus on rounding up citizens to form a superhero brigade, you'll work together with your legion of heroes to fight off an alien invasion with a variety of heroic skills and abilities that pull together your team in strange yet exciting ways.

During PAX East 2020, we had the chance to go hands-on with The Wonderful 101 Remastered on the Nintendo Switch. In the above gameplay, you'll get to see us take our heroes to the streets and face off against an army of alien invaders. Along with conjuring up giant fists and other bizarre constructs, the heroes work together to solve puzzles and take down some of the alien force's deadliest fighters. Releasing on May 19, the Wonderful 101 Remastered is not only a chance for long-time fans to dive back into the game on new platforms but for newcomers to see just what's so interesting about Platinum's lesser-known game. 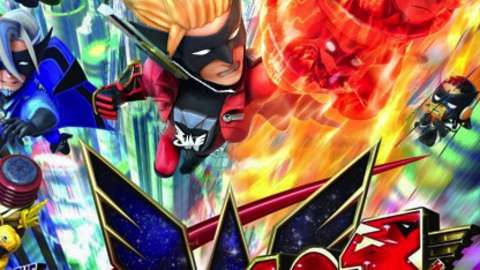 The Wonderful 101 has players help a group of heroes fight off an invasion of enormous aliens to try and save Earth.