In this GameSpot exclusive, the developers behind Cris Tales explain how this JRPG homage puts a unique spin on time-travel gameplay that adds new dimensions to combat and storytelling.

Coming from co-developers Dreams Uncorporated and SYCK, Cris Tales is a new role-playing game that pays homage to JRPG classics like Chrono Trigger, Super Mario RPG, and the Final Fantasy series. In this exclusive developer walkthrough, producer Derek Neal explains how Cris Tales takes the concept of the time-travel fantasy adventure and runs with it. Focusing on the journey of Crisbell, this young adventurer can alter the flow of time, allowing her to travel between three different time periods at will. In addition to exploring towns and interacting with characters across time, she can also use these abilities during battles to amplify her and her allies' attacks and even weaken monsters by shifting the flow of time.

While most other games use time travel as a story mechanic, there's a more hands-on approach to taking control of the flow of time in Cris Tales. In the developer walkthrough, Neal offers his commentary on the gameplay sequence set during one of the early sections in Narim Town. While exploring the town as Crisbell, you can view three different timelines at once--the past, present, and future. As you would expect in every time-travel story, choices made in the past will impact future events. With a constant view of the past and the future, you can see opportunities around your environment, resulting in new events playing out in the proceeding periods.

The mechanics of time travel are also at work in combat. Taking cues from turn-based JRPGs like Chrono Trigger, battles will have you prime up your attack and ready it for use against your foes. Along with Crisbell are other party members who have their own unique skills to complement the protagonist's abilities. This element comes into play by shifting periods during battle. During a boss fight shown in the video, you can use your time powers to age up enemies to make them slower and weaker and even accelerate the effectiveness of status effects, such as fire damage. With Crisbell setting up the enemies, her allies can swoop in to deal more significant damage. This added layer of altering time adds an even greater level of strategy, which can make for some engaging battles with your allies.

We've had some hands-on time with Cris Tales before, and we were impressed with how well the time-travel mechanics were woven into this RPG. Along with that, the game's visuals do a lot to convey whimsical adventure that shows great optimism but can also show some surprising emotion from its core cast of characters. Cris Tales currently doesn't have a release date, but it is set to release on PC, PS4, PS5, Xbox One, Xbox Series X|S, and Stadia sometime in 2021. For more on Cris Tales and other indie games going for big concepts, be sure to keep up with GameSpot. 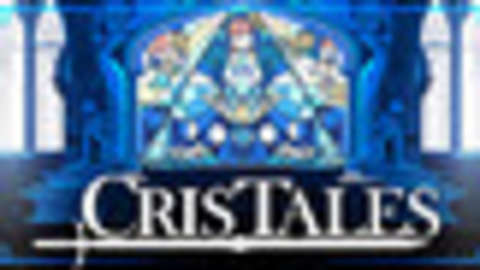