Streets of Rage 4 lets four players fight through the game together via local co-op.

Streets of Rage 4 brings back retro heroes Axel, Blaze, and Adam, but they're not the only playable characters in the new beat 'em up. Adam's daughter Cherry fights alongside her dad by bashing foes with her electric guitar. The latest new character to be revealed is Floyd, a Maori warrior with cybernetic arm that definitely doesn't resemble Jax from Mortal Kombat at all.

The video above features Floyd, Cherry, Adam, and Axel punching and kicking through the game's first stage, ending in a boss battle against Diva, who pulses with electricity and wields a snake like a whip. Look, Streets of Rage was never subtle. This was our first look at 4's four-player co-op--it supports four players locally, but only two online.

Streets of Rage 4 is headed to PS4, Xbox One, PC, and Nintendo Switch in 2020. GameSpot will be covering more games like this at PAX East 2020, so stay tuned for more from the show floor. 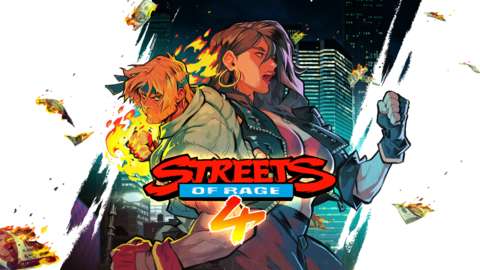