These are the heavy-hitters that, for one reason or another, failed to appear at E3 2018.

Every time E3 rolls around there are always a bunch of rumors waiting to get bowled over. Of course, rumors are often focused on unannounced games that people wish were real. Other times we find ourselves watching press conference after press conference waiting for previously announced games to resurface after months or years of silence. Publishers love to announce new games during E3, but as we've come to understand all too well, that's certainly no guarantee you'll get to see more the following year, if ever.

E3 2018 was no exception. There are long-lost games that continued to live in the shadows, such as Wild from Michel Ancel (formerly of Ubisoft), and of course Rockstar's Agent, a game that you could argue is being kept alive, though all evidence points to it being more of an idea rather than an actual game. But even more recently announced games failed to show, too, including Square Enix's Final Fantasy VII Remake. In that specific case, SE is at least still talking about the game in passing, so odds are its coming, just not anytime soon. The same reasoning is likely applicable to Nintendo's Metroid Prime 4. If it's not a game coming out this year or in the first half of 2019, Nintendo's not ready to talk about it.

It's rare that a publisher stands up to its audience to clearly explain the reasoning behind its E3 plans (or lack thereof,) but THQ Nordic was more than happy to oblige. There are definitely people who want to know more about Biomutant, and Darksiders III is, for a lot of folks, a tiny dream come true. THQ Nordic is likely well aware of the excitement surrounding these two games, but it's also keenly aware that the World Cup is happening and that its teams deserve the chance to unwind and partake in the festivities. In its own words:

"It is with great regret that we at THQ Nordic must report that we will be unable to miss a single moment of this great sporting event. Therefore, we will be forced to stay in our lovely Viennese beer gardens, blowing the froth off a couple, watching football and one or two cool press conferences on Twitch (looking at you, Devolver) instead of rocking it ourselves."

These weren't the only games that hid from E3, and you can hear about a few of the other heavy-hitters by watching the video above. At the end of the day, E3 was still a great source of news and announcements, so don't let a couple of stragglers get you down. After all, Cyberpunk 2077 was seen in action, Remedy unveiled its new mysterious third-person action game, Control, and Nintendo basically gave Smash Bros. fan what they've always wanted: not only will every previously playable character return in Super Smash Bros. Ultimate in December, but Metroid's Ridley is joining the fight after all these years.

To catch up on these and other stories from the show, head over to our E3 Hub for all of our impressions, reports, and analysis. 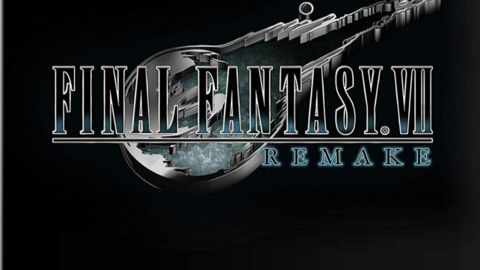