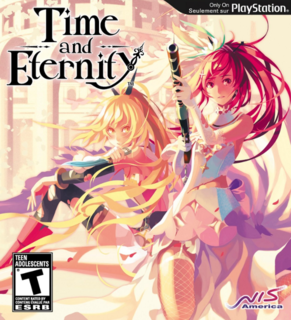 Bought, tried, traded in for 35$ towards next game. Finite.

User Rating: 5 | Tokitowa PS3
By reanor2 | Review Date: July 24, 2013
Uhh, its hard to describe what i didn't like about the game. I thought it was something similar to other JRPGs I've played before but in the end it ended up being boring anime slide-show little game for little girls. I mean really this game IS for little girls. You control a girl wearing little skirt, running around with a rifle with hovering little blue dragon next to her... This little girls does a lot of conversations with other little girls and everything is so quite little and cheesy.

I never was a big anime fan, the only anime I watched and actually liked was Genesis Evangelion. I dont mind the anime style, I played other anime games, but T&E I can't even call it a game... It feels more like "I wanna talk to my girlfriends" little simulator or something with some maps and combat squeezed it for variety. It felt like some cute puppy or kitty is gonna jump in any moment and game will ask me to collect more of those puppies or kitties...

Hmm, anyway. I don't know if anime fans would like it or not... Maybe a very very young anime fans who likes cutesies and stuff in their girly games.
Load Comments (0)