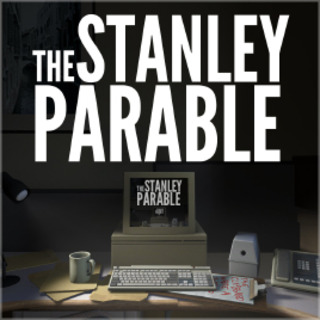 Decent for an interactive short. Bad for a game.

- Having the narrator converse directly to the protagonist (Stanley) is an interesting perspective. It breaks the fourth wall in a way that you don't see in any other game.

- The narrator had some clever, interesting, and funny things to say about game design, and choices.

- Spurs some deep thoughts about the relationship and thought process between how the developer and player both experience a game.

- The game is too short. Even after completing and restarting to experience every path, it gave me less than 3 hours of play time.

- The premise was too simple. The office is empty because the narrator removed them. Disobey Narrator, and he'll do some stuff to you, then restarts the game. This basically summarizes what happens on every path. There is very little depth to be found after the game has made its point.