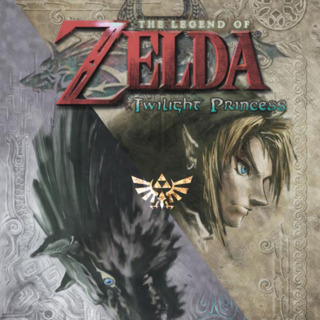 The Legend of Zelda: Twilight Princess

Although not perfect, Twilight Princess lives up to the promise of being the greatest Zelda ever created.

Since its premier in 2004 on the Gamecube, The Legend of Zelda: Twilight Princess has been one of the most anticipated titles of the last two years. It was delayed several times for additions, and a new version on Nintendo’s next system, Wii. Now, it has been released to the public and lives up to the promise as being the best Zelda title ever created.

Twilight Princess boasts a back story on out hero, Link. The story begins in Ordon, a village in southern Hyrule. Link is asked to deliver a gift to the royal family, the sword of Ordon. However, his journey is quickly altered by beasts who kidnap those he cares for and unnatural Twilight cloaks the forest ahead. From his first steps into the Twilight and seeing what evils it brings, Link is brought into an adventure to save his friends and become a hero that will in time save the realms from destruction.

At first glance, it’s obvious that this game is built for the Gamecube. However, that doesn’t mean this game isn’t a graphical achievement on its own merits. Twilight Princess is beautiful, despite its inferior polygon count. The world is lush and just pretty to look at in most areas. You will run into the occasional extremely low-res texture, but it’s nothing that would interfere with the gaming experience and can be overlooked if one isn’t actually looking for it.

Twilight Princess has an entirely different graphic style from its predecessor, Wind Waker. The characters are no longer cel-shaded this time around. Characters are made to look much more realistic, and have the looks and expressions to give each one personality. You will see more facial expressions due to the graphic style that will in turn show more emotion in each cut scene. The character textures look great up close, and in some cases, look better than they seem from a distance. The environment in Twilight Princess is huge and the draw distance goes on for miles. From mountains, Hyrule Castle can be seen looming in the distance, and Hyrule Lake from the desert. The terrain looks smooth for the most part, but does have a few blemishes, such as immediate changes in the steepness. Water effects are some of the most well done in the game. The water doesn’t seem to have an immediate breaking or curving point anywhere, and looks almost real.

There is also the twilight realm, which is basically a dimly lit, surreal version of Hyrule. In this realm, you still have the basic Hyrule idea, but there are far more particle effects and colors become more bold. The twilight realm as mentioned before, is a dimly lit version of Hyrule, but the lighting effects surrounding that concept are astounding and bring out the dark, yet somewhat relaxed nature of the realm.

Gameplay is Twilight Princess’s strongest point. The main quest itself will have you going for well over 20hrs, and there’s still side quests, mini games, and items to collect after it’s all said and done. Dungeons will be familiar to anyone who has played a Zelda game, but they’re a bit tougher. Puzzles are no longer completely obvious, and take some thought to get by even for a veteran Zelda player. Gameplay isn’t just confined to dungeon exploring either; there are also sequences where you have to direct flight, fight in intense horseback battles, and more.

Some may be afraid to pick this one up for Wii because of the control. Rest assured, the controls work great and immerse players in the experience. The Wii Remote controls Link’s sword; so if you stab, he stabs; you slice, he slices. Where the Remote has an edge over standard control is when it comes to aiming. Directly pointing at the object or enemy and firing is faster and easier than with standard control.

Sound is my only big complaint with Twilight Princess. This has to do with the graphics themselves as well. Since the characters now have moving mouths and facial expressions, the last thing to add is voice acting, which this game sadly doesn’t have. With such moods generated by the characters and background music, there’s almost no excuse as to why voice acting hasn’t been added.

While the absence of voice acting is disappointing, the music and sound effects make up for the fault. Background music comes in at the right time to highlight various cut scenes and combat within Twilight Princess. Some will be tuned of melodies that Zelda players will recognize, and others will be completely new. Effects like the arrows pulling back on Link’s bow, swords clashing, running water, and etc, bring together the epic experience of combat and adventure.

After the main quest is completed, there is still plenty to do in Hyrule. Mini games will be available to play and upgrade your equipment. A few can be found in Castle Town, and others can be seen elsewhere. They each pose a challenge, and like the dungeons, they won’t be done without some thought. When you tire of mini games, there is the option of going on quests to find the heart pieces, finding poe souls, collecting golden bugs, and more.

Twilight Princess, although not perfect, succeeds in its promise of being the greatest and largest Zelda adventure ever. The graphics, gameplay, and sound bring together a sense of adventure that so many Zelda fans have been waiting for that spans beyond that of the main storyline. Those who buy a Wii should definitely pick up this game. Worry not about the controls, just jump into one of the greatest adventure titles out there.
Load Comments (0)

The Legend of Zelda: Twilight Princess