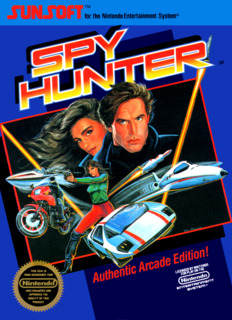 It's ok, but I expected more from the SpyHunter series

User Rating: 7 | Spy Hunter PS2
By BigC43 | Review Date: February 28, 2006
2001's Spy Hunter remake wasn't nearly as good as the original, and that's pretty sad. Sure, it looks better and there are some nice guns and things for your car to transform into, but it's pretty much just some driving-based-missions with an occasional two player game thrown in for good measure. The fact is, Spy Hunter is not a bad game, but it's pretty far from being good. This subpar entry into the classic series shouldn't tear down longtime fans of the series. Try it if you want, but prepare to be dissapointed...

June 2006's Spy Hunter: Nowhere to Run looks like a much better game, so if you want a new Spy Hunter experience, that's the way to go.
Load Comments (0)