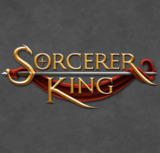 The expansion does not solve extant small issues, but the game has expressed some value for the customer so far.

The latest entry in Stardock’s Elemental series, Sorcerer King, was almost a mess of good ideas and terrible execution. For everything there is that can be liked and loved, there is something that can be loathed and hated, big or small. The Rivals expansion and its accompanying update are intended to expand and improve its gameplay.

In the base game, the player character is one of the few remaining channellers in the world, up against Mirdoth the eponymous Sorcerer King. The player’s goal is to stop his plans from achieving godhood.

The Rivals expansion changes the story a bit. An additional character reveals to the player character the means by which Mirdoth intends to achieve his targets – and also mentions that the player character can also go the same path. This is the narrative excuse that is used to implement the Ascension gameplay element.

Right from the get-go, the player character has the means of casting the “Ascension” spell. It is not a spell to be taken lightly: it has a considerable cooldown timer and a high cost that only gets higher with each successive casting.

Casting it immediately raises the Threat rating of the Sorcerer King, if it was at low levels. It also alienates the other factions – now called “Rivals” in this game, unless the player has already formed alliances with them.

When it is cast, the Orb of Power fills with the player character’s essence. The Orb can hold up to 500 points. If it is filled, whoever contributed 75% or more points into the Orb “wins”.

The Rivals expansion also introduces elements that lets the player make better use of terrain climes. Incidentally, these elements are associated with the two additional factions.

For example, the Sovereign of the Frozen Realms, which are practically a dwarven nation, has spells and skills that take advantage of wintry climes, such as a skill that increases the loot obtained from winning battles fought on tundra climes. Some of them can seem a bit unbelievable, but they are still useful.

The two additional factions also come with their own default champions. One of them is a Necromancer, which is perhaps a tad too generic both thematically and gameplay-wise. The other is a dwarf crossbowman on a giant spider, which is definitely far out of the norm and perhaps even whimsical. Where other ranged Champions are often glass cannons, this Champion is hardier and has some melee capability to complement his ranged ones.

The expansion also includes a different version of the campaign map. It appears a bit larger, has more landmass and far fewer region gates.

In the original campaign map, there was a gate that keeps each of the faction within its own region of the world. Initially, the central region of the world map is off limits to all factions, but only the player has the means of bringing down the gates. Wily players would already have colonized much of the central region, giving the player a considerable advantage against any of the other factions if the player intends to annihilate them.

In the reworked campaign map, the player’s faction and the Keepers of the Flame are the only ones who have gates barring their expansion. By the time that the player has reached the central region, just about every patch of fertile tiles would already have a city on it. Thus, the player’s ability to develop infrastructure for Logistics points are much more limited in this campaign map.

There are also far fewer pre-existing roads in the map than there were in the original map. This means that moving armies across the map takes a lot more time and planning. The swamp terrain type is also more prominent in this one, meaning that clearing out hostiles in regions with this terrain type can take quite a while. (Initiating a battle on swamp terrain takes two movement points instead of one.)

NOT AS MANY STAT-BOOSTING SCROLLS BUT MORE GEAR AND INGREDIENTS AS LOOT:

There are not as many stat-boosting scrolls in the Rivals campaign map as there were in the original one; therefore, it is a bit more difficult to develop an over-powered Champion in this map. However, there is a lot more other kinds of loot to be had from the Rivals map – gear pieces in particular. Ingredients that are used for enchanting are also easier to get. These two factors make it easier to tool up a Champion to be powerful anyway.

The Rivals campaign map also has units that have been added to the game as content updates, such as red-armored warriors and feral variants of the sapient yetis. There are also additional types of giant spiders, perhaps to the dismay of players who have arachnophobia.

If there is any complaint with this reworked campaign map, it is that ships are useless. Mountains separate most of the lands from the seas. Each edge of the map has a section that is completely occupied by cliffs, preventing ships from working around the edges of the world. Thus, there is no point to use the spell that summons a ship in this map. Spells like Cloud Walk are much more useful for getting around. That said, there has not been much of anything that has been done to design naval combat into Sorcerer King.

Rivals introduce three additional types of lieutenants, bringing the total number to five types. Any playthrough has only ever two, so the player is now less able to plan the acquisition of things that can help defeat the duo than before, due to their difference in capabilities. However, like the original two lieutenants, these additional ones have abilities that devastate armies and can apply buffs and de-buffs left and right.

The tools that have been used to design the official maps and their coding have been packaged into features that the customer can use. Furthermore, “workshop” tools have been implemented to allow fans to upload their custom-made maps for other players to download, both on Steam’s Workshop and Stardock’s own proprietary service for sharing content (for the sake of non-Steam customers).

Thanks to feedback from customers, there had been plenty of content updates, in addition to the obligatory technical support such as bug fixes.

The reworking of the Doomsday Counter into the Orb of Power is perhaps the most notable improvement. More means of reversing the Sorcerer King’s progress have been introduced. There also have been more content like new enemies, spells, recipes and crafting ingredients.

These goodies are the proverbial silver lining for an otherwise just-decent game.

CONTENT UPDATES DRY UP FOR BASE GAME, BUT TECHNICAL SUPPORT CONTINUES:

People who have purchased the license for the base game but have not upgraded to the Rivals build might be left behind, in terms of gameplay value. They do not get the content and features in Rivals, of course, much less the updates to those content. They also do not gain any gameplay-expanding content updates, like new spells that Rivals get post-launch.

Fortunately, and more importantly, technical support has continued for the base game. At least Stardock is not short-changing its customers who do not want to upgrade to Rivals.

BASE GAME PULLED FROM STORES:

That said, the base game package has since been pulled from stores – likely to minimize the amount of servicing that has to be done for customers who have yet to upgrade to the Rivals build. Meanwhile, they still have the upgrade offer.

Save-games that had been made with the base game are incompatible with Rivals and vice versa, by the way.

STILL SO MANY GLITCHES & ISSUES:

Yet, for all the value that has accumulated for the game since its launch back in 2015, there are still problems – specifically those that had been in the game for a long while.

The game still has below-average user-friendliness, such as small fonts of unchangeable sizes, the lack of a dedicated shortcut key for cancelling things except for some user interfaces like the inventory screen, and having to reload a game-save by quitting back to the main menu.

Speaking of reloading game-saves, perhaps the most problematic technical issue that is still around is how the game becomes unstable when the player reloads a save-game. This appears to increase the game’s memory usage, leading to a lot more risks of crashes due to faulty runs of scripts.

As of now, Sorcerer King is easier to recommend than it was back in 2015; besides, only the superior version of the game, Rivals, is available for purchase. Many small but annoying problems still persist, but there is quite a lot of content to be had in its current build. There are more worthwhile games to play, but Rivals is certainly not a waste of time.