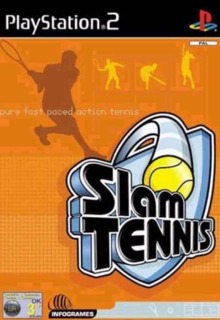 User Rating: 7.5 | Slam Tennis XBOX
By stevebomb | Review Date: March 17, 2006
I use to think slam tennis was a good game , well it is good , the controls are responsive , there's good rallies , nice presentation , the usual modes and some fun mini games.

But compared to a game i played reecently, Smash Court Tennis 2 for the playstation 2. this game is far too much of an arcade game .

But thats not saying Slam tennis isnt a fun ride while it lasts,. theres a couple of pros , only one i have heard of is TIm henman , the rest are some generic originals , and some rather silly bonus players.
the graphics are nice and neat , no framefate problems , smooth tennis game . sound is overall nice with no music during play , standard crowd and dull annoucner. but the smacks and bounces of the game are well done and give you a good feel that your playing tennis.
theres doubles , singles , an arcade mode and a few Tournaments to play , nothing official. No create-a-player mode witch is needed since the list of pros is so few.

Like i said earlier the controls are responsive and well laid out.
each button generates a different type of shot , and the thumbsticks move your player and move the target of the tennis ball.

In gameplay you have the option to have special shots in play where when a ball goes back and forth a meter up the top fills up for each player and when its full your return or serve wil be a lightning quick smash or brilliant lob that will be very tricky to be returned.
An nice added arcade feature , but the Trails of glitter dont help the experience of playing a real game of tennis , but at least you can turn this feature off.

the minigames are fun , with activities such as bursting baloons with your shots , or making stacked blocks tumble and disapeer all in a set amount of time , and your high scores are saved with intials .

Overall Slam tennis is a fun and bright arcade game , but i prefer a more sim feel .If you would rather just play a good fun game of back and forth tennis without Tv style presentation this is for you .