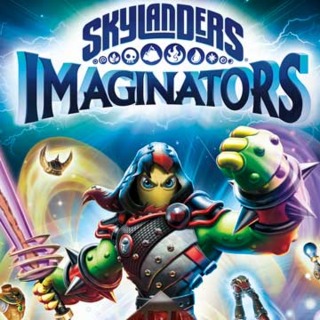 It's plain to see why "Skylanders" ended here.

(This review will be listed out of order on my GameSpot reviews page. I simply forgot to move it from my Metacritic to GameSpot initially)

The sixth "Skylanders" game brought with it the ability to create your very own Skylander, as well as the long-awaited return of classic PlayStation icon Crash Bandicoot, but along with it also came rumors of the series taking a break. And sure enough, with declining sales and lower ratings on the television show "Skylanders Academy," Activision announced that there would be no new main series game in 2017. However, I nevertheless walked into the 2016 entry, "Skylanders: Imaginators" pretty intrigued, because sometimes a decline in sales may just be a result of franchise fatigue and not the result of a drop in quality. Little did I expect, however, that "Skylanders: Imaginators" would be a major drop in quality compared to the previous games.

There's very little good to say about "Skylanders: Imaginators," other than that it retains a few of the standard things you'd expect the "Skylanders" series to have: some pretty visuals, decent music, and accessible gameplay for the younger audience it is geared for. So, at the very least, the game, as a whole, is functional, and it controls as smoothly as the other games in the franchise. And, at the very least, it is nice to see that some of the old Skylanders, like Stealth Elf and Jet-Vac, actually play a role in this game's story.

All of those positives, however, are completely destroyed by the game's laundry list of problems. For starters, the game simply doesn't have enough to feel like a change of pace from "SuperChargers." Instead, it just feels like your standard "Skylanders" game, to an unfortunately bland degree. Where the other games felt like more polished versions of the last, with enough small changes to keep them interesting, I can't even call this a "more polished" version of "SuperChargers" when it literally just feels like a copy-and-paste of that game, even with the "new" minigame "Creation Clash," which is "Skystones" from "Skylanders: Giants" to a literal tee. Hell, I'll go as far as to say that it doesn't even feel like a copy-and-paste because the gameplay is so dialed back compared to the last few titles. There's no new content for old Skylanders, the game is completely incompatible with old Traps, and while the "racing" minigame is still there, your old vehicles are inherently useless in the context of the main story mode. The gameplay also begins to feel very repetitive in the boss fights, which all follow pretty much the exact same format, even on the incredibly anticlimactic final boss fight. Oh, and if you're like me and you thought "SuperChargers" underutilized its concept, get ready because "Imaginators" is even worse in regards to actually utilizing its "gimmick." I almost forgot the game introduced a new concept because of how little of a role the Imaginators actually had in this game. Even though the game gives you a lot of chests filled with collection tools, it's not difficult to run through the entire game without creating a single Skylander. Trust me, I did it. And finally, while I liked that the story gave us characters from the older games, the fact that the stakes really weren't high at all this time around (especially after "SuperChargers"), and the lack of a really satisfying ending really ruined the game's extremely bland story.

I'm sure you can tell from that novel that I did not like this game, and it's unfortunate because as a "Skylanders" fan, I don't want to see the series end with a whimper, but unfortunately, the damage is done: beyond the declining toy/merchandise sales and lower TV ratings, "Skylanders: Imaginators" is by far the weakest game in the entire franchise, and I can't even recommend this to the most diehard of "Skylanders" fans. If you're a young child, that's different, but if you're not, I'm gonna suggest that you pass on this one. It's a shame to see it end like this, but leave it to Activision to completely destroy another novel concept like they did with "Guitar Hero" and "Tony Hawk."