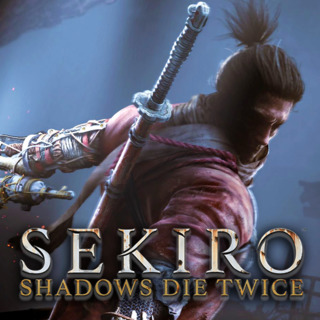 Way of the Wolf

From Software’s recent games over the past ten years have garnered widespread acclaim from critics and players. Ushering in a quasi-genre of its own suitably titled “soulsborne” by its fans. With Sekiro the same grueling gameplay remains, but this time with a feudal Japan twist.

You play as a Wolf, a shinobi tasked with protecting his master Kuro. After Kuro gets kidnapped, you must traverse the perilous landscape of Sengoku, Japan. After an early encounter resulting in the loss of your arm, you must build Wolf up by defeating the many bosses that lay about the land. The first aspect of the game that stands out from previous From Software titles is inclusion on a definite character. With character customization gone, players can focus solely on Wolf’s story.

Aside from character customization, many trademark design choices from the Soulsborne series carry over into Sekiro. Your main hub is a dilapidated temple. Here you can practice combat skills that are acquired (more about skills later), rest, and visit the sculptor – a man who upgrades your prosthetic arm from various ingredients found throughout the world, such as scrap metal, black powder and so forth (again, more on that later). The sculptor has also set about laying many of his different idols throughout the land. Idols are Sekiro’s version of bonfires. Here Wolf can rest, upgrade his swords attack power and additionally vitality and posture.

Wolf’s sword is the main weapon of choice, one that can be improved by a main bosses defeat. Their ‘memory’ increases your attack power. There are two primary ways to attack – light and heavy. Also, combat art’s acquired can be equipped and used in quick succession to create a deadly ballet of swordsmanship.

Blocking is also another important part of Sekiro’s combat. Attacks can be blocked, as well as deflected once the enemy attack lands on the sword. There are also certain attacks that are harder to counter. These attacks have a red warning icon and can be combatted by jumping, evading or using a special combo of prompts in order to get the right result.

Between blocking, attacking, and deflecting, there is one key element to how combat flows that must be taken into consideration, that being posture. Both you and the enemy have a posture bar, the goal is to not let your posture build up otherwise it will break. The same goes for your enemy. Consistent attacking can build the posture bar up, although well-timed deflections and counters speed the buildup faster.

The increase in an enemy’s posture can lead to a deathblow. Certain enemies have two different stages that must be finished with a deathblow when prompted. Besides posture buildup, stealth attacks where the enemy doesn’t detect you can shorten the number of phases required to win. It all depends on the type of enemy.

There are two types of enemy’s that increase physical attributes. The main bosses add attack power and require extra work, while minibosses scattered throughout the world increase posture and health. These minibosses drop prayer beads and four are required per level. Additionally, not all minibosses need to be defeated, some are required to beat but otherwise, the majority of them don’t need to be fought. The downside to not fighting them, however, is not acquiring those prayer beads.

The prosthetic arm is another part of your arsenal along with the katana. It allows Wolf to grapple up to different rooftops or points in the environment. This allows a quick getaway or a different approach when using stealth. Besides traversal, the prosthetic arm can be upgraded with additional gadgets. Those being the flame vent, hand-ax, and spear along with many others.

Some enemies also have weaknesses that utilize these gadgets. For example, one boss can be highly vulnerable to fire so using the flame vent on him/her could be effective. But caution must also be heeded, as these gadgets don’t have an infinite amount of use. Spirit Emblems are used as ammo for these gadgets, and there’s only a certain amount to use.

While the gameplay is fast-paced, there are some downsides to the fluidity of movement, mostly residing in the performance of the game. Playing on a standard Xbox One I noticed significant drops in framerate in certain sections of the game, most notably, Ashina Castle. With its many vertical rooftops to climb as well as its narrow paths with enemies lurking around every corner make the experience trivial at times.

Additionally, camera controls also get in the way of some enjoyment, particularly during combat encounters. The game features a hard-lock on enemies once toggled, but if you get pushed into a corner the camera drops off and the sight of your enemy becomes troublesome. Considering some main boss encounters are fought in tight spaces, there’s a lot of camera movement that is required to keep a distance. In previous games of this genre my failure relied solely on my performance when facing bosses, however, with Sekiro more often than not I blamed the camera to my failure.

Sekiro is tough, as is typical from From Software games. The fast-paced combat adds a refreshing change to the genre’s slow gameplay, delivering a unique expierience for those up to the task.