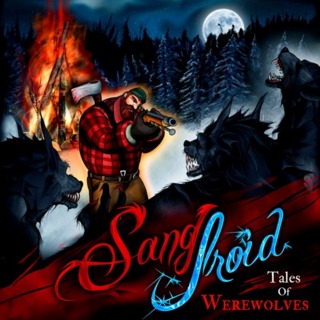 User Rating: 9 | Sang-Froid: Tales of Werewolves PC
By kozzy1234 | Review Date: July 14, 2013
Sang Froid is a very unique new indie game for the PC, that mixes in traditional tower defense with action and role-playing. The atmosphere, music and gameplay are all very well done and only add to the games overall vibe and quality.

During the day time you buy stuff from the towns and set up traps, then during the night time you put you're plan into action. The game also does a wonderful job of helping you learn how to play the game, probably the best and more entertaining tutorials ive seen in awhile.

The game is set in Canada during the 1800s and it has some Canadian dialogue and Canadian humor that people from Canada will no doubt enjoy.

I suggest anyone who enjoys strategy games or indie games to check this game out. It sort of reminds me of Orcs must Die 2 mixed with Xcom. The game also has a very unique look to it to with its art design and graphics.

The only negative I have is that there is no coop and that the game could be a tad longer! The good side of all that though is that the devs have already announced they are working on another entry in the game that will include coop and much more. Definitely looking forward to that as I had a blast setting up traps and trying my setups in action. Another small thing is that the animations
could be alot better.

You really have to put you're thinking cap on to get these missions done, you won't just be able to use you're weapons to win here. Where you place the traps plays a huge role into how things play out during the night time, sure its good to do well with your gun and axe but if you place the wrong traps or the traps in the wrong spots you will fail miserably during the night period.

The soundtrack is also very well done and very addicting, which only adds to the atmosphere, art design and gameplay that this game does so well. Compared to other tower defense games, this one is a breath of fresh air and a game that I expect to push this genre forward.

So far this is one of the top games of 2013 and I cannot wait to see what these developers do next. I would also buy any kind of expansion packs or sequels for this game. This game is full of fun gameplay, great atmosphere, wonderful music, good art design. Highly recomended!

For me this and Don't Starve are not only the two best indie games so far for 2013, but they are also up there for overall best games of the year for me personally. If you are looking for a unique game with a ton of charm and that is a nice challenge, don't sleep and go pick this up!

You can tell the devs put a ton of effort and love into this game, from the humor, to the great gameplay, to the art design, to the wonderful music, this is a game you must try out, especially if you are from up north or you enjoy these types of games.
Load Comments (0)