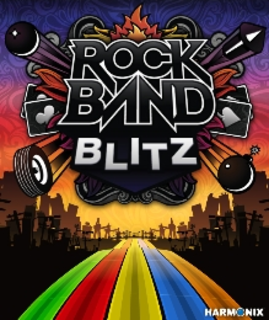 A can't miss at only $15, especially if you already have a considerable library of songs.

Delivers a totally different experience compared to the main series, which is reminiscent of Harmonix's early titles, unique in its own right, and it brings freshness to the thousands of songs available as DLC simultaneously. It's just a shame the in-game currency system breaks the immersion occasionally, and that there's no multiplayer.

Vivid colors and outrageous styling provide a nice backdrop to the action onscreen, but this is just an arcade download so it's not as impressive as the main series.

The sound effects do a good job of not getting in the way of the music, which sounds as great as ever. The songs themselves are certainly varied, but the 25 of them are over before you know it. Ideally you should have at least some other songs from previous titles or DLC to strengthen the replay value.

*All aspects of the game, visuals and audio aside, are included and combined in the gameplay score. This includes features expected in the genre, replay value, technical performance, and others.
Load Comments (0)