Zubo is an attempt to bring the grand-scale adventure of role-playing games to a younger audience. The vibrant visuals, colorful cast of characters, and action-oriented combat make the adventure immediate and satisfying, coaxing you to see what new environment lies before you or what strange character you might befriend along the way. The long and expansive journey affords you a good opportunity to explore the exotic world that you travel through, but this breadth is also one of the game's greatest hindrances. The pacing is compromised by too much backtracking and ill-defined objectives, which can make the adventure drag at times. Despite this uneven momentum, the unique combat and playful presentation make Zubo an enjoyable introduction to role-playing.

You play as a generic boy or girl on a quest to save the planet Zubalon from a race of angry creatures called Zubos. However, the story does little more than set the stage for why you are battling these little creatures. There's not much of an attempt to flesh out the backstory of this warring land, so the imaginative world that you explore is never fully developed. Instead, the story exists to shuffle you from one objective to the next, without much exposition. The lack of character development is even more disheartening. The characters that you team up with are all ripped from popular folktales, so there are easily recognizable parodies of Count Dracula, Captain Ahab, and Little Red Riding Hood, among others. However, the game doesn't take advantage of this unique cast. Instead of having these disparate personalities play off of each other, they remain largely silent. Although neither the sparse story nor the quiet characters kill the fun, the absence of a catchy narrative feels like a missed opportunity. It would have been interesting to see how this odd menagerie fits together.

The story may hide sheepishly in the background, but the action-packed combat does a good job of keeping this adventure interesting. Your attacks are handled in a rhythmic manner, which gives you the kind of direct control absent from many other turn-based RPGs. Every one of your moves features elaborate choreography, and as the characters perform pirouettes and flying leaps, you tap along on the touch screen. A series of concentric circles slowly closes around your character, indicating when to tap the screen. The more precise your timing is, the more damage you can dish out, which makes the battles engaging. There is one slight hiccup: The prompts don't follow the rhythm of the music, which makes your tapping feel out of place at times. Like the forgettable story, this doesn't destroy the fun, but it feels like another missed opportunity.

Nevertheless, the combat isn't all about happily tapping the screen. There is a surprising amount of depth in these duels, which makes conquering the trickier foes satisfying. You have a variety of different moves at your disposal, including healing spells, strength boosters, and forced sleep, and juggling between them requires a bit of thought. As you perform basic attacks, you build up a supply of power pills, which give you access to more powerful moves. Your foes have the same moves, though, so you will frequently have to steal their power pills or stun enemies to keep them from unleashing deadly blows. Once you learn a move, any of your characters can include it in his or her four-move repertoire, which gives you plenty to think about before fights begin. Offensive and defensive moves each have their own strengths and weaknesses, so for instance, if none of your characters have a sound-based attack, you can be stymied by your enemy's shields. These dynamics force you to be flexible, and its rewarding to create a clever hodgepodge of specialists to help you conquer your foes.

Combat is the main draw to Zubo, but the fantastical lands are also enticing. There are five different worlds to explore, and each of them is packed with unique environments. It's great fun traveling from a haunted house to a pirate ship, crossing through a crackling desert into a freezing wasteland, and holding your nose while you scamper through a suffocating swamp. Opening up a new area is always a treat, but you are often trapped in these new lands for so long that the charm eventually dissipates. There is far too much backtracking, so even though it's fun moving from island paradise to Thor's underground labyrinth the first time, going back again doesn't have the same impact. More troubling are the esoteric objectives. When you are told to "Explore the maze" without any hint of where said maze actually is, it can lead to needless frustration.

Mixed in with the exploration are some clever puzzles. The microphone is used well to further pull you into this world. For instance, when exploring a haunted house, you'll have to blow some long-dormant spiderwebs out of the way. There are also puzzles that don't require you to blow. In the Wild West, you light a trail of gunpowder on fire to blast some boulders standing in your path. Although the puzzles are not difficult, they provide a nice diversion from the combat and exploration. The visuals add another layer of charm. The well-known characters here have been rendered as blocky but endearing humans. The combat also looks impressive, showcasing long strings of moves that are as much fun to watch as they are to tap along with. The colorful vistas sometimes obscure the lines that you have to tap during battles, but the visuals have a lot of personality, making it fun just to see what you'll encounter next.

Zubo does a clever job of infusing rhythmic combat into otherwise standard RPG trappings, making this adventure stand out from the crowd. The story doesn't live up to its impressive potential, and there is too much backtracking in the expansive environments, but the combat is so fun and engaging that the game is able to overcome those missteps. There are 55 different characters to team up with as well as tons of different moves, so the combat dynamic continually evolves throughout the quest. It's a shame that Zubo stumbles at times, but it does provide a breath of fresh air in the genre. 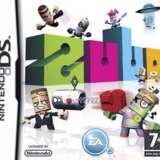 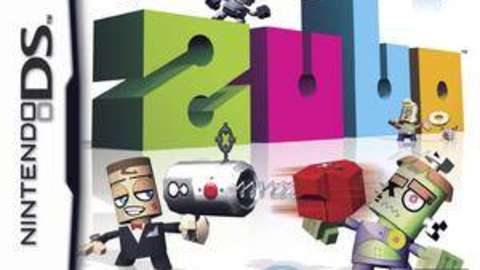 Zubo is a rhythm action game set in the world of Zubalon where players try to help out the colorful inhabitants through music-based challenges.