In a way, ZPC is unique: it's one of the most unplayable and downright boring first-person shooters I've ever tried.

When I was a kid, there was a time I was dying to own an "electric football" game - you know the kind, where the entire field buzzes and each down usually ends with all the players bunched together for a massive group hug. How could I resist? The picture on the box made the game look action-packed (naturally), and the mere thought of watching players move around on a field - just like on TV! - was more than enough to dispel any doubts I might have had about how the thing worked. Of course, when I finally scraped up enough cash to buy it, the thing didn't play anything at all like I'd imagined. In fact, it was so crappy that after a few futile attempts I wound up putting the field away and using the plastic players as victims on my slot-car track.

ZPC - short for Zero Population Count - is a lot like that electric football game. On paper, it sounds like a hands-down winner: use the highly stylized and visually jarring imagery of Aidan Hughes' art (best-known in the U.S. for his KMFDM album covers and videos) to create a totalitarian backdrop for an ultra-violent gunfest. Add in network play and a soundtrack of "propagandist marches" from Roland Barker (Revolting Cocks) and Paul Barker (Ministry), and you've got all the ingredients of a unique first-person action game.

And in a way, ZPC is unique: it's one of the most unplayable and downright boring first-person shooters I've ever tried. Hughes' art is eye-catching at first, but after an hour or two of play most gamers will agree that a little of it goes an awfully long way - what was moody and atmospheric in the first 30 minutes of action starts looking self-important and monotonous two hours later. What's worse, the levels that take place outdoors don't even have the totalitarian theme going for them; they're just blocky and ugly, period.

Where Hughes' artwork is most effective is in the various segues and cut scenes preceding and/or following levels - not surprising, since Hughes' expertise is in passive art media such as graphic stories and videos. These segments are so stark and powerful that you'll wish there were a lot more of them sprinkled throughout the game, making this one of the few instances in gaming where less interaction is a good thing.

The graphics for enemies are even more disappointing. As soon as you get close to any of your foes they dissolve into huge blocks of pixels, circa Wolfenstein 3D. Enemy animations are so inferior that I would compare them to wind-up robots, except that wind-up robots move more smoothly than these guys. And those "propagandist marches"? They're little more than elevator music for the oppressed set, adding almost nothing to the game's ambience.

But just like with that electric football game, the worst part is in the playing. If you play from the keyboard, your character's movement is stupendously sluggish, sort of like Duke Nukem on Thorazine; with a Gravis GamePad, he turns so fast that control is essentially impossible. (Control is slightly better with a mouse, but not by much.) The same "Johnny Mark 7" pistol graphic is used for four or five weapons, the artificial intelligence of the enemies is laughable, text messages disappear before they can be read, and gameplay proceeds at a crawl - there's just nothing here to get your blood pumping. Hughes' art may be depressing, but it doesn't hold a candle to the feeling of malaise you'll have after slogging through a few levels of ZPC.

If Aidan Hughes should become hugely famous, perhaps ZPC will be a collector's item, just like those old electric football games are now. But that's about the only reason to pick up this game - and if you do buy it for that reason, be sure to leave it shrink-wrapped. It'll be worth more money that way, and will save you the disappointment of seeing a good concept gone terribly wrong. 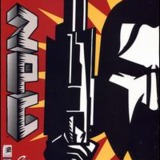 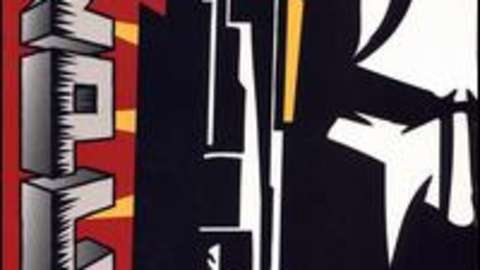 In a way, ZPC is unique: it's one of the most unplayable and downright boring first-person shooters I've ever tried.