When the original Zoo Tycoon was released last year, it seemed like a good idea at the time. It was a management strategy game--the kind of game that lets you create a virtual business. In this case, it let you build a zoo, fill it with animal exhibits, and invite visitors to watch the animals and buy snacks and souvenirs from your concession stands. Zoo Tycoon clearly tried to follow in the footsteps of the phenomenal RollerCoaster Tycoon from 1999, which enjoyed tremendous retail success for years. It wasn't quite as exciting as RollerCoaster Tycoon, and it wasn't quite as fun as RollerCoaster Tycoon in many ways, but Zoo Tycoon was still a decent pastime and a perfect way for parents with very young children to bond with kinds. Earlier this year, the first expansion for Zoo Tycoon, Dinosaur Digs, was released, and it was rather disappointing, because even though it added dinosaurs to zoos, it didn't significantly change or improve Zoo Tycoon. And unfortunately, neither does Marine Mania. The new expansion pack features some new zoo animals, new exhibit types, and the entire Dinosaur Digs expansion, but nothing else.

Marine Mania's most significant additions come in the form of aquatic animals and aquatic exhibits. The game adds 20 new animals, most of which are fully aquatic, like dolphins and sharks, though there are a few amphibious critters like sea lions. Building an aquatic exhibit is nearly identical to building a land exhibit; you fence in an area and drop in an animal, though for many aquatic creatures, you'll often need to adjust the depth of your exhibit tank, since some creatures prefer deeper water than others. And just like in the original Zoo Tycoon, you can buy additional scenery items for your new exhibits to make your animals happier. However, Marine Mania also adds a brand-new feature: the ability to put on an aquatic show by building an adjacent "show tank." Basically, this boils down to building an additional tank and some grandstands for your audience.

Unfortunately, these shows, much like the exhibits in both Dinosaur Digs and the original Zoo Tycoon, sound a lot more exciting than they really are. You can buy toys and research new tricks for your critters, but your shows are generally extremely short and look anything but spectacular, thanks to the game's dated 2D graphics, sheer lack of detailed animation, and sparse sound. Since Zoo Tycoon itself has no background music, an aquatic show will generally consist of a brief music clip signaling the beginning of the show, a very brief show in which your critter performs a few stilted animations then heads right back to its tank, and that's basically it. If you try to keep your critters performing continuously, they'll become exhausted and miserable, and no one will want to watch the shows. Basically, it seems as though very young children, who like animals but may be frightened by loud noises or sudden movements, might be the only ones who will truly enjoy these aquatic shows. Anyone older probably won't find them to be stimulating enough to be interesting over time, especially if they've already played through Zoo Tycoon. Still, there's something to be said for building a huge zoo that contains land-bound animals, dinosaurs, and aquatic creatures--some of the later scenarios will at least keep you occupied for a while, if they can hold your interest long enough.

Beyond that, Marine Mania still has the same problems as Zoo Tycoon. You still can't really tell what kind of concession stands and attractions would be best to build for your guests. The game still suffers from a lack of keyboard shortcuts and requires you to hunt for onscreen icons with your mouse. The game's sound is still entirely too sparse, even in a crowded zoo, and since Marine Mania makes no improvements to Zoo Tycoon's graphics, the game hasn't gotten any better looking with age, either. The game's pixelated 2D graphics are colorful but have the same washed-out look as in the previous editions and suffer from the same lack of detail and lack of interesting animations for your animals. You're also still limited to viewing your zoo at two restrictive zoom levels that don't let you get a close look at your animals, either.

All things considered, Marine Mania is a good choice for fans of Zoo Tycoon, especially for those who missed out on Dinosaur Digs the first time, or for parents who want to spend quality time with their small child or children. Unfortunately, if you didn't care for Zoo Tycoon in the first place, then Marine Mania's unimpressive presentation and largely unchanged gameplay probably won't do much to change your mind. 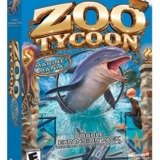 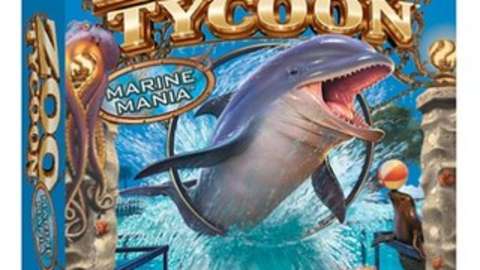