Zone of the Enders: The 2nd Runner Review

Zone of the Enders: The 2nd Runner epitomizes almost everything a sequel should be insofar as it improves upon its predecessor in every conceivable manner--and there was a lot to improve upon. The original Zone of the Enders was heavily criticized for its whiny protagonist, self-indulgent storyline about killing and war, and its gameplay, which ultimately fell short of delivering the epic anime-style mech battles that the game was so obviously inspired by. Conversely, that's one of many things, and probably the most important thing, The 2nd Runner does so well. The majority of the battles in the game are fast-paced and hectic, almost to the extent that it can be a little overwhelming at times. But thanks to its excellent controls and sheer depth, the combat system will ultimately be one of the reasons this game will keep drawing you back in even after you complete the single-player campaign.

Of course, The 2nd Runner does more than successfully convey the feel of anime-style robot combat, which its predecessor somewhat failed in accomplishing. The game also tries to deliver a story that's a little more palatable, with fewer lessons on the grim reality of war--though, it's certainly worth pointing out that the story in The 2nd Runner is just as pervasive as, if not more pervasive than, the story in the original. For the most part it seems successful in accomplishing its goal of having a more interesting storyline: The new lead character is Dingo Egret, an expert pilot who has mysteriously exiled himself to mining duties on one of Jupiter's many moons. Soon after his arrival, he and his miner companions come under attack by the imperialistic Bahram forces. During the scuffle, Dingo stumbles into a large storage unit that contains the orbital frame Jehuty, the very same giant robot from the original game, which he then climbs into in order to fight off the Bahram onslaught.

Dingo is a hardened veteran who doesn't have quite the problem with killing that Leo Stenbuck had in the original Zone of the Enders, but there are times when a sense of moral obligation starts to creep into the storyline and Dingo goes from being an indifferent rebellious type to being an individual who cares about all creatures great and small or even inanimate. The secondary characters in The 2nd Runner, which include an older Leo Stenbuck who is now the pilot of the Vic Viper (the ship from Konami's classic Gradius and Life Force shooters), draw out Dingo's sentimental side through disjointed dialogue that at times sounds as though the scriptwriters glued a series of random words together. This doesn't create completely incoherent dialogue, but you can't help but laugh at some of the exchanges that take place between characters.

Within the context of the game, it becomes clear why Dingo can pilot Jehuty without any problems, and for the most part, you should have no problem controlling the powerful orbital frame either, nor should you have any trouble understanding how to use Jehuty's skills in different situations. At first, there's a temptation to just mash buttons and hope for the best. While this strategy works in the beginning, you'll find that Bahram's army quickly adapts to the button-mashing technique, forcing you to try a little harder. Even Jehuty's most basic attack, melee energy sword, does damage with every slice, and it can also knock enemies into different directions or even into walls, depending on the button pressed at the end of the combination. This causes additional damage to the enemy, and it also gives you a little more breathing room.

There are dozens of times when you don't have to fight an enemy at close range. Most of the Bahram ships on the lower end of the spectrum don't really have any defensive capabilities and therefore can be destroyed with energy missiles. This missile system functions similarly to the one seen in the Panzer Dragoon series: You simply hold down a button to lock on to multiple enemies on the screen and then let go of the button to release a deluge of destruction. These missiles can do quite a bit of damage on stronger enemies as well, provided they don't have their shields up, but even then, a missile attack can be used to set up yet another type of attack. Jehuty possesses an additional projectile skill that enables it to charge up a massive ball of energy and launch it at enemies. Unfortunately, this particular attack is only really useful when you have the element of surprise, otherwise the charging element leaves Jehuty susceptible to attack when used in a close-quarters battle.

An enemy can raise its shields to become impervious to most forms of projectiles, but at the same time, it can't maneuver very well with its shields up, which gives Jehuty a chance to come in and grab the enemy without being damaged. Once it's in Jehuty's grasp, an enemy can be flailed around and used as a weapon against additional enemies nearby, or you can even use the enemy as a projectile by spinning it around and tossing it at a specific target. This particular ability is useful, and it's quite cool to see enemies go flying through a structure, which comes crumbling down on top of them. The ability to grab objects in the environment also comes into play later in the game when you have to use sheets of metal and enormous metal pylons to defeat certain boss characters or to progress past a specific part of the level.

Jehuty's talkative onboard computer, ADA, generally gives you hints when the situation requires something beyond basic battle tactics, but you don't have to absolutely adhere to her comments, and that's what makes the combat system so great. There are dozens of different ways to attack enemies, and when you receive additional subweapons (usually at the end of a level), they make combat all the more dynamic. There are homing missiles that can kill a shielded enemy in one shot, a gauntlet that can push enemies from great distances (it's particularly useful for pushing them into walls), a machine gun that shoots energy bolts, and another energy weapon capable of stunning enemies--just to name a few. These subweapons become invaluable over the course of the game, and The 2nd Runner does an excellent job of pushing you to use them by constantly throwing new types of enemies at you as well as new attack patterns for enemies that appear constantly throughout.

The only noticeable issue with The 2nd Runner's combat system stems from a combination of problems associated with the camera and targeting. Since the action in the game is so fast, the camera occasionally has trouble switching to a good vantage point. This is much more noticeable in the indoor environments because the camera is set in a confined space, but it's not nearly as prevalent in the outdoor environments. Additionally, the camera can make targeting a problem simply because targeting doesn't necessarily depend on which object is closest to Jehuty but rather what's in his line of sight. For example, in one of the later levels, Jehuty has to destroy the engines on a series of massive battle cruisers; however, when you try to target the engine of a battleship, the game will try to target the other battleships instead, so you have to struggle with the camera a little to get everything to work properly. Otherwise, manually targeting enemies works well even though it does take a little time to get used to.

It's worth noting that not all of the missions in Zone of the Enders: The 2nd Runner are straightforward combat missions. In one mission, you're required to protect a group of LEVs (relatively archaic mechs) from a Bahram assault while minimizing civilian casualties in the area, which should be a mission type familiar to fans of the original game. In another mission, you have to carry a disabled orbital frame up to the surface of the planet--the catch here is that if an enemy hits you, Jehuty automatically drops the orbital frame. There's a lot of variety to the levels, and some levels, particularly the last three, are some of the most adrenaline inducing of any shooter to date.

It's also one of the best-looking PlayStation 2 games to date. Zone of the Enders: The 2nd Runner sports a partially cel-shaded look. You won't see cel-shading on the level of Jet Set Radio Future or The Legend of Zelda: The Wind Waker, but the technique that the development team has used has resulted in a soft but vibrant look that fits with the anime nature of the game. All of the orbital frames are quite stylized and filled with plenty of small details, such as pulsating veinlike lights that surge throughout their bodies, and despite their robotic appearance, they still successfully convey some form of personality. The enemies aren't quite as detailed, which is a favorable trade-off in this case since it allows the game to have dozens of enemies onscreen at once. The environments also benefit from the visual technique used in the game, and most of them have a really clean look. All of the special effects in the game are quite excellent as well, particularly the explosions, the smoke, and some of the weather effects. All of this detail comes at a price, though, because the game does have some horrendous slowdown at some points, especially when there are multiple particle effects. It doesn't make the game unplayable by any means, nor is it all that irritating, but it does detract from the overall feel of the game.

Surprisingly, the game's soundtrack is just as diverse as its visuals. The 2nd Runner has everything from J-pop-inspired music to more classically influenced tracks, complete with chants that help escalate the epic sensation in some of the game's later levels. It also does a nice job of remixing the main theme to fit certain situations. As for the voice acting, the characters actually do a good job of voicing the dialogue, but the dialogue itself is so horrible that it's not really all that memorable.

Zone of the Enders: The 2nd Runner is what the original Zone of the Enders should have been. Its excellent combat system, combined with the game's focus on blowing up everything in sight, makes for an enjoyable gameplay experience. That the game looks excellent and that the soundtrack almost perfectly complements the game only make it that much better. While the main single-player portion isn't all that long (about five to six hours), The 2nd Runner offers some unlockable missions that you can play through using different forms of Jehuty. These missions are scattered throughout the main single-player game, so you have to keep an eye out for them. In addition, there's a fun versus mode that lets you play as one of several orbital frames from the game, including the Vic Viper, which can actually transform. The bottom line is that Zone of the Enders: The 2nd Runner is just fun to play, and it will inevitably keep drawing you back in even when you've already seen most of what the game has to offer. 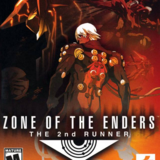 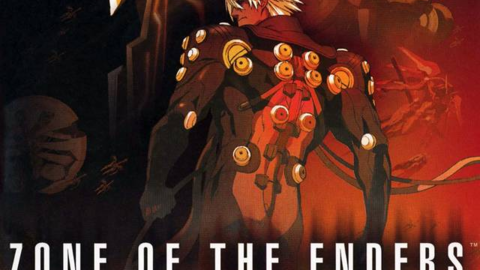 Zone of the Enders: The 2nd Runner

9.1
Sign In to rate Zone of the Enders: The 2nd Runner