Zero Escape: Virtue's Last Reward is a memorable and enthralling sci-fi/horror adventure that will have you glued to the small screen.

Adventure games are making something of a resurgence lately, thanks in part to the new input methods appearing on consoles and handhelds. Interest in adventure games has also been driven by a number of somewhat less traditional entries in the genre, such as the heavily text-and-image-driven visual-novel-style adventure games from Japan. In 2010, Aksys Games released Nine Hours, Nine Persons, Nine Doors for the DS, a horror-themed adventure game mixing visual-novel-type storytelling scenes and character interaction with puzzle-laden rooms that you needed to escape. The warm reception of that game has now yielded a sequel in Zero Escape: Virtue's Last Reward--and it's just as enthralling as its predecessor.

Virtue's Last Reward begins with the protagonist, a college student named Sigma, waking up in an elevator next to a strange woman who seems to know more about him than she's letting on. A strange rabbit creature appears on a monitor near them, telling them that they must figure out how to escape the car before it falls. Once they do, they find themselves in an abandoned warehouse with seven other abducted individuals. The creature appears again, telling them that they must all play the Ambidex game to escape their industrial prison. The Ambidex game involves puzzles, traps, and important decisions to either trust or betray your fellow players. The penalty for losing or failing to comply is death, or possibly an even worse fate.

The game is divided into two distinct sections. As Sigma, you team up with groups of your fellow captives and explore various rooms of this mysterious facility. These rooms are the escape portion of the game: you investigate a room for items, clues, and puzzles to solve, piecing things together until you are finally able to unlock a safe containing an item to allow you to exit.

The story- and dialogue-heavy portions of the game are the novel portions, which appear in between the escape sections and elaborate on the various mysteries the game presents. You also have the opportunity to make choices that influence the path the game's plot takes. The game's use of the term "novel" to refer to these sections is apt: there's a massive amount of text in Virtue's Last Reward, but because the writing is superb and the voice-over work for the supporting cast (available in both English and Japanese) is excellent, the hours upon hours of dialogue you page through are a pleasure to experience.

The quality of storytelling is a key factor in an adventure game, and Virtue's Last Reward passes that test with flying colors. The game's plot immediately grabs you and rarely lets go, going from a creepy horror premise to interpersonal character drama to mind-blowing sci-fi concepts expertly. The promise of unraveling the many mysteries--Why are we here? Who are these other people? What purpose do the Ambidex game and the room puzzles serve? What is this facility?--keep you engaged, and the many new mysteries that appear throughout give you even more reasons to keep playing for hours on end as solutions dangle tantalizingly in front of you, just beyond the reach of the next puzzle.

You also make choices throughout the course of the game that determine the path the story takes during your playthrough, some of which can be truly agonizing. The Ambidex game challenges you to put your trust in the other in-game characters, which you can choose to either ally with for attempted mutual benefit or betray for increased personal gain. Each choice you make leads to a different branching story path with a different set of rooms and revelations. Unlike Nine Hours, where you had to constantly restart the game to see new paths, Virtue's Last Reward gives you a flowchart that lets you jump back to previous events and choices at any time. It's a great addition that allows you to go back to critical points without playing through the same puzzles over and over--and in order to solve the game's most pervasive mysteries, you need to take several different paths and see many possible endings. Thankfully, handy auto-text and skip functions exist to let you fast-forward through dialogue you may have already seen.

In fact, the whole interface of Virtue's Last Reward is an improvement. Notes you find containing hints to puzzle solutions are stored in a handy file, and a touch-screen memo function can be called upon at any time for you to write down and recall your own discoveries. The Vita's large, touch-sensitive screen makes reading dialogue, finding small details, and moving around a breeze, though the game may have trouble picking up on tinier objects and elements you're trying to tap on if you have large fingers. And if you find yourself truly stumped, you can now swap the puzzle difficulty from hard to easy, which affects the number and the content of hints that your partner characters drop.

There are a few minor quibbles with the game, however. Occasionally Sigma suffers from some unexplained personality shifts, going from dead serious to flirtatious and jokey at the drop of a hat. While the shifts don't affect the story greatly, they do get a little bit jarring. Although all of the supporting characters in the novel sequences are fully voiced, the dialogue in the escape portions is the all-too-familiar sound of text-printing blips and squeaks.

Finally, the way you obtain the bonus archive files that detail some of the game's backstory can be annoying. Each escape sequence has a safe that can be opened with two code combinations: one gives a key to leave, while the other gives a special file containing several archives. Oftentimes the latter is considerably more difficult to acquire, since it typically involves finding a very obtuse second solution to an existing puzzle. You may find yourself torn between leaving a room and proceeding with the story or trying to figure out how to get the extra files--if you leave and try to get the files later, you may be stuck doing the whole escape portion again. Further, you get only a portion of the available bonus files in each room if you play on easy mode, though thankfully, entering the same password to the safe upon revisiting the room on hard difficulty coughs up the missing materials with no effort required.

Among the many games released each year, there aren't many that leave you contemplating and debating their story and worldviews long after the final set of credits has rolled. Virtue's Last Reward takes its place proudly among this crop of games. As fun and challenging as the brainteasers in the room escapes are, they're merely dressing for the fantastic writing, memorable characters, and stunning plot twists that could only be presented successfully in a game format. This is an adventure that fans of the genre--or those who appreciate quality storytelling in general--should not miss. 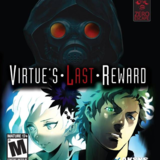 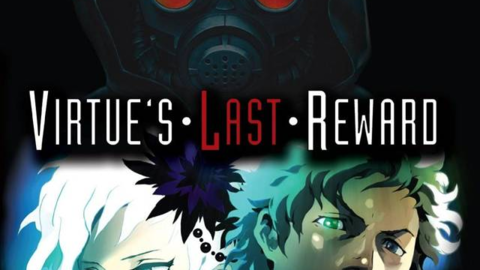 Zero Escape: Virtue's Last Reward has players taking on the Nonary Game again, as it's back and more deadly than ever.