Just like its predecessor, Zeno Clash II is a mediocre first-person brawler memorable mainly for its psychedelic storytelling and art.

Combine first-person punching with liberal doses of mescaline, and you also might be able to design a game as insane as Zeno Clash II. ACE Team brings the weirdness in this beat-'em-up, a game every bit as bizarre as its 2009 predecessor and unfortunately mediocre in the end. Just like the first entry in this wacko franchise, this game is far more memorable for its surreal atmosphere than its artless fighting mechanics. Although the button-mashing brawling zips along quickly enough to be somewhat hypnotic, the main reason to stick around for the eight or nine hours of the campaign is to see what kinds of dengue fever dreams the developers have concocted.

As in the first Zeno Clash, you play as a guy named Ghat, who lives in an alternate dimension called Zenozoic, which is populated by all manner of creeps inspired by Hieronymus Bosch paintings. Everything here is off--way off. The plot is completely incomprehensible. There is a good tutorial that walks you through combat, but it doesn't touch on anything else in the game. So you're abruptly dropped into this crazy world without any sort of preamble about what's going on.

You begin by helping your adoptive sister, Rimat (who seems to hate you for reasons never entirely clear), spring this lurching freak called FatherMother from the jail cell that he/she/it was tossed into by a mouthless monarch called Golem. Then you move into an adventure that resists any sort of explanation. It is virtually impossible to sum up what's going on here, even after finishing the eight- or nine-hour campaign that makes up the sole mode of play (which can be played solo or online cooperatively). Even the dialogue is incomprehensible, with the meaning of many lines chopped into bits, and with many assumptions that you've played the first game in the series.

Reality is a long, long way from anything in Zeno Clash II. Landscapes are populated by freakish fauna never seen on this planet, impossible architecture, and outlandish extra touches like disembodied heads and hands on furniture. The entire game has been designed to keep you off-kilter; even basic background details are skewed. Roads run in insane directions. Steps wind around like something from an M.C. Escher sketch. Bookshelves inside buildings are at crazy funhouse angles. Birds are randomly tethered to the ground. Trees sometimes sprout trumpets that alternate between spewing water and blowing bubbles.

Enemies and non-player characters that roam the world tend to be bipedal humanoids, but after that, all bets are off. You encounter elephant men, dwarfs in hoods, three-fingered goons with furry satyr legs, giant bloody creatures that resemble plucked versions of Big Bird, and all manner of deformed monstrosities that combine various human and animal features. It all looks attractively nightmarish, but the strange nature of everything is also intimidating, with so many weird details littering the landscape that the huge levels in the campaign (which is far more open than the more linear levels in the first Zeno Clash) can be needlessly bewildering. This is a particular problem when you have to solve the game's handful of puzzles, because it's hard enough to figure out what things are supposed to be, let alone figure out what you're supposed to be doing in the midst of all this madness.

Combat goes too far in the other direction. Like the first Zeno Clash, this sequel is all about simplistically punching enemies in the face. Ghat and his buddies solve all of their problems by beating the crap out of all comers. It's somewhat unusual, taking the standard first-person shooter style and swapping out the usual collection of big guns for two fists, clubs, and the odd projectile weapon. When encountering freaks who want to rumble, you often go into a brief setup screen where you pick allies to help out, and then you wade into the fisticuffs. Punching and kicking are done with simple mouse clicks or gamepad button presses, and are augmented by a suite of combos that let you link attacks into fist-of-fury explosions. At least everything zips by quickly. While there is a fair bit of combat in the game, it's not incessant, and you never get bogged down in battles for long stretches of time, even when tackling hordes of goons.

More options have been added beyond your dukes, although they don't add up to much. Skull bombs are almost useless because they take forever to explode, leaving enemies with oodles of time to run away from the blasts. The new sun/moon gauntlet is pretty cool, in that you can use it to focus the energies of either celestial body (the game runs through a full day-night cycle) and then blast away at foes. It's great when taking on crowds, but it's tough to effectively use because you have to take your attention off foes and spend a few moments gazing skyward. This gives baddies a great free shot to pound you in the chops. Golem link lets you mirror attacks with linked foes to spread around the pain. This is the most useful of the new gimmicks, especially if you're taking on a small number of enemies or are near a cliff where you can knock two foes to their deaths with one punch.

Overall, though, the add-ons in Zeno Clash II don't improve the melee combat. It's almost always easiest to rely on your fists. Combos are straightforward and simplistic. You can get past a lot of enemies just by doing the old "float like a butterfly, sting like a bee" thing. Moving quickly and peppering foes with rapid punches and powerhouse uppercuts are all you need a lot of the time, although some of the new combos--most notably the reverse kick that is prompted every time an enemy comes up behind you--can be useful in a pinch. Some of the more involved combos are tough to pull off, though, especially with a standard desktop mouse. Clicks are often ignored, and single clicks are translated into two or more, which makes some of the four- to five-move combos frustratingly difficult to complete.

Totems can be collected around the map to let you boost role-playing-game-style stats for strength, stamina, and leadership. This latter category is what governs how you can add friends to your punching parties, so you can enter brawls with a couple of pals to balance the odds. Punching alongside AI allies doesn't add much to the game, however. You discover new pals when exploring the maps, but your allies aren't bright enough to make a huge difference in battle except when it comes to distracting enemies in big gang brawls. To really benefit from fighting alongside an ally, you need to play cooperatively online with a fellow human brawler.

If you're looking for something different, or even really, really different, Zeno Clash II might just fit the bill. You won't find this sort of art design anywhere else except in the first game and on old psychedelic album covers from the '70s. But the gameplay remains a letdown, and the few refinements and changes don't build anything significant atop the original game's "Hulk smash!" mindset. This, plus the off-putting way that Zeno Clash II tosses you onto an ice floe in the middle of a sea of insanity, where you can't identify with the characters, understand the plot, or even figure out exactly what or where you are, makes it easier to appreciate the game's crazy attitude than to actually enjoy the act of playing it.

View Comments (55)
Back To Top
5.5
Mediocre
About GameSpot Reviews 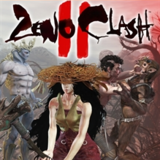 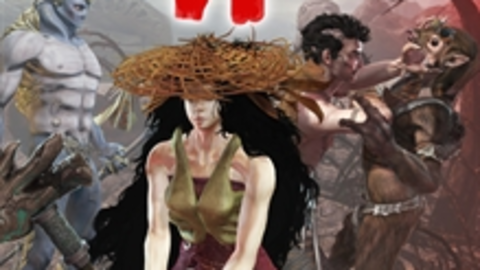 Zeno Clash II is the sequel to the award-winning indie first-person melee brawler.