They didn't make many good vertical scrolling shoot-'em-up games for the Nintendo Entertainment System, but one of the best was Zanac. Originally published for the NES in 1987, Zanac is an exciting space shooter that broke new ground in the genre with its rich weapon options and adaptive difficulty that makes more enemies appear depending on how you play the game. The busy graphics seemed pretty extravagant back then too. Now, this classic shooter is available for the Wii's Virtual Console at a cost of 500 Wii points, and while the competition for shooters on the VC is about as stiff as stiff gets, Zanac still manages to stand out.

Superficially, Zanac is similar to such popular shoot-'em-ups as Galaga or Xevious. The top-down viewpoint shows your ship flying above the terrain below. As the screen scrolls vertically, numerous air and ground targets randomly appear from all directions, which you have to dodge or destroy with your ship's weapons. The game consists of 12 lengthy levels broken up into three stages each. When you get through the main swarm and reach the end of one stage, you have to destroy a larger ship, a gun battery, or some other "boss" contraption to move on to the next one.

Few of the shooters on the NES displayed anywhere near the dozens of ships, bullets, and ammo boxes that Zanac does, and without so much as a hint of flicker or slowdown. As a result, Zanac is more intense and more challenging than the typical 8-bit shoot-'em-up. Another feature that distinguishes Zanac from its peers is its diverse selection of weapons. You have a main weapon that can be multiplied by collecting orbs that are socked away in blue hovering ammo boxes. You can also equip and upgrade eight different special weapons by grabbing the numbered chips that are sequestered in the brown storage boxes situated at ground level. Each special weapon has a unique fire spread and can be upgraded numerous times.

The game's sweetest and most unique feature is its adaptive difficulty. In a nutshell, the CPU tracks your behavior on a moment-by-moment basis and ratchets the difficulty up or down based on how you play. If you constantly fill the screen with firepower or pick up a powerful special weapon, more enemies will appear. Conversely, if you use your weapons sparingly and take care to destroy any recon ships you see, you'll deal with fewer enemies. No stage ever plays out the same way twice, which is generally a good thing. However, because you can't predict where or how many enemy ships will appear, you really can't formulate a strategy for each level. Instead, you have to rely on your twitch skills and adapt, just like the CPU is doing against you.

Obviously, the graphics and audio come across as ancient when compared to today's standards--or even compared to the 16-bit shooters that are also available in the Virtual Console shop. Still, Zanac has aged better in that regard than the majority of its 8-bit peers. The ships are detailed while the various desert, ocean, and forest terrains look really clean. Beyond that, the game's levels often juxtapose terrain and circuitry in an abstract manner that almost seems cutting edge in light of modern genre staples, such as Geometry Wars or Everyday Shooter. You'll also dig the soundtrack too, if you're into eerie music in the vein of Nintendo's Metroid. Above all, the compelling gameplay has helped Zanac remain fresh some 20 years since its initial release. 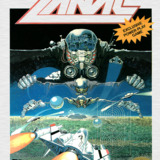 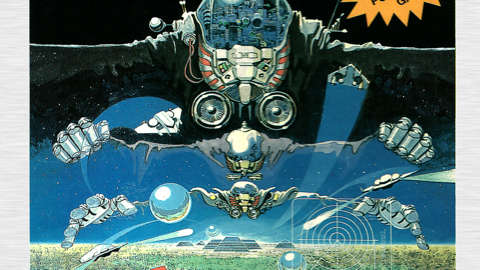