Ys: The Oath in Felghana Review

Adol the Red has some trouble finding his footing, but his sword remains true in this remake of an Ys classic.

Adol the Red is truly a hero for the ages. Not only does he appear to save the day in each new Ys title, but he also returns to the past to safeguard those he's already freed. Ys: The Oath in Felghana was originally released for the PC as a remake of the classic Ys III, and now, the title moves to the PSP for more handheld monster slaying. It showcases both action and platforming elements while providing a wide range of selectable difficulty settings for the adventurous, as well as the timid. The controls and the 3D world sometimes just don't get along, but there's enough solid action to tempt those with a need to blow up huge adversaries and bring peace to troubled lands.

Felghana is a small nation bordered by mountains and sea; it is isolated but rich in the valuable and unique raval ore. Its people have been governed for the past 20 years by an appointee of the Romun Empire, Count McGuire, a harsh master who treats his charges cruelly through taxation without representation and who issues all manner of strange edicts. The region is also the birthplace of Dogi, Adol's muscular companion, so when the pair hears of a disturbance in Felghana, nothing will do but to sail right over and investigate. A large cast of locals and other characters helps bring the tale to life with screen-grabbing, sizeable character portraits and quite a lot of voice acting. A focus on vocal storytelling means that Adol's actions (which are always referred to via the third person) are relayed through the warm tones of a narrator, and this technique goes a long way in aiding the flow of dialogue. It helps integrate the sometimes jarring juxtaposition of live conversations interspersed with phrases like, "Adol nods and offers his aid," making it clear that this is an after-the-fact account of the travels of an outrageously famous hero. It's still typical Ys fare that concentrates on vanquishing foes rather than focusing on its narrative journey, but all the extra personality helps to build out the world in a more nuanced way, even when some of the acting tends to be a bit hokey. The great soundtrack, driven by elements of rock, as well as some more traditional orchestral melodies, rounds out the audio and provides an energetic atmosphere.

Soon after your arrival, you encounter all sorts of feral beasts roaming the roads and wilds due to an unexplained increase in monster activity. The townspeople send you into scattered dungeons in your quest to rid Felghana of all its wicked things, and these areas are expansive and visually sharp. There's more of an emphasis on technical detail, such as patterns in paving stones and planks in wooden doors, than artistic flair, though character models are all drawn with intricate care. All the minute visual additions produce a nice static image, but they can tend to appear as a blur while you're racing around with a sword. That impacts gameplay because the environments here are in 3D but don't accurately convey depth. There are lots of situations where you have to perform jumps across platforms set at different heights in the foreground and background, but other than Adol's faint shadow, it can be hard to tell where you're oriented in space. Making jumps correctly is an important factor in multitiered dungeons where a misstep can cause you to drop three floors down. There are no dungeon maps, either, so these drops can leave you lost while you attempt to figure out both where you've ended up and where you're ultimately trying to go. In addition, there are some areas that purposefully place further restrictions on your field of vision through encroaching shadows. Instead of adding an invigorating sense of danger, this technique makes exploration and timing some particular leaps more frustrating than necessary. But, then, you can always vent your frustration on the monsters instead.

The world is filled with foes awaiting Adol's onslaught. You can carry yourself forward in a flurry of sword strikes, and you're able to perform both a jumping thrust upward and a strong downward stab, the latter of which has a chance to stun those who happen to be beneath your blade. As you explore, you collect three bracelets imbued with elemental magic that each grant Adol a different power. One lets you shoot fireballs and light torches; one performs a whirlwind attack that can be used to float in the air briefly; and one allows the use of a dash attack, which can also break obstacles in your path. Each of your bracelets can be enhanced by gems you discover in dungeons, and your gear can be upgraded by a smithy in town for a fee of gold and raval ore. While most foes are handily dispatched by your sword alone, others require you to use your elemental skills to exploit vulnerabilities. You can switch your equipped bracelet on the fly by pressing a shoulder button, and even with this short list of moves, Adol quickly becomes an efficient killing machine. As you battle, a boost gauge gradually fills with energy and allow you to execute boost mode, which fills you with power and allows you to hit harder and faster while halving damage taken. Later in the game, boost mode also restores a certain amount of health, which becomes a critical factor because there are no health potions that you can carry with you.

New areas are filled with deadly monsters that need to be treated with great caution. As you rack up consecutive strikes on your assailants, you start to gain an earned experience bonus, and your targets are more likely to drop draughts. Draughts are items that grant temporary bonuses to your strength, defense, or the rate at which you recharge magic, and the boost is a big help in moving up in levels. Leveling up gradually equalizes the power differential, so by the time you've reached the end of the dungeon, you're thrashing enemies handily. Most of your foes slowly creep toward you, but others dodge your attacks or are particularly aggressive. There are also those that skitter around without any particular rhyme or reason. This can be both irritating and amusing when you're trying to grind experience because upon seeing you approach, certain creatures fling themselves backward and soar off a cliff into a multi-screen drop, taking your points with them in their kamikaze abandon.

The largest rewards come from killing a dungeon's bosses, in terms of both experience points and overall satisfaction. Ys games always feature imposing gatekeeper monsters that loom tall and unleash all sorts of horror upon you, and this installment is no exception. You're challenged to prove your skill from the first boss you encounter, as you avoid devastating abilities and fight your way to an opening to do damage. A nice feature in The Oath in Felghana is a generous difficulty dial that at the beginning of the game allows you to choose anything from very easy all the way up to nightmare, adjusting the challenge you'll face. If you still find yourself struggling during a boss battle--after getting creamed a couple of times--you can decrease the difficulty of that encounter specifically. Mainly this feature increases your attack slightly while decreasing damage slightly, and if you need to, you can do this several times over several attempts. The most resolute players may ignore this particular option, but if you find yourself stuck on a particularly angry boss, decreasing the difficulty slightly can give you the edge you need for victory. These selectors really open up the game to players of all levels of competence while preserving the stiff challenge that fans of the series would expect, creating a good balance.

Upon completion, you unlock an image gallery, the brutally difficult Inferno mode, and a time-attack mode that pits you against the ferocious boss monsters back-to-back at a selectable difficulty level. Defeating these bosses unlocks new, even more difficult bosses for you to fight. In addition, you have the option to open a new save file and use points to carry over attributes of your character to a new game--like your stats, your gold, and so on. Defeating each of the difficulty modes grants you additional gallery images, as well as differing point amounts to spend carrying content over to a new game, so completionists have no shortage of things to do.

Ys: The Oath in Felghana is suitable for just about anyone who likes to cut up monsters, though it's the normal difficulty and higher settings that will offer the best challenge and sense of accomplishment. The story is compact and unpretentious, the action is fast paced, and the involute dungeons provide some tricky platforming and a host of foes to obliterate. If you're looking for an uncomplicated action role-playing game and don't mind occasionally wrangling with the environment, The Oath in Felghana surely fits the bill. 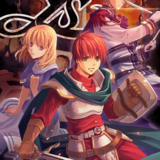 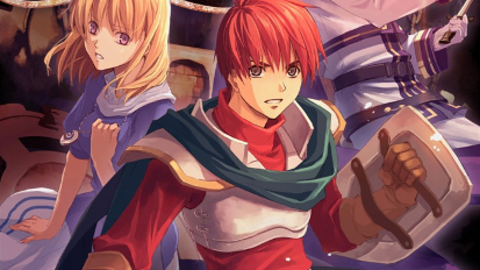 Ys: The Oath in Felghana

Ys: The Oath in Felghana is a remake third game from the Ys series, Ys III: Wanderers From Ys.

8.4
Sign In to rate Ys: The Oath in Felghana