While You Don't Know Jack is based on a PC trivia game that was originally released more than five years ago, the game is still just as much fun today, for PlayStation owners playing it for the first time, as it was when it first came out.

The game takes the game show approach but gives it a very Dennis Miller-style sense of humor, almost like Jeopardy for smartasses. Throughout the game you'll be choosing categories that are filled with various questions. Categories include "Hey, Where'd That Gerbil Go?" and "A Nun in a Blender." After selecting a category, the announcer drops a subtle hint concerning how the question he's about to ask will relate to the chosen category, effectively segueing into the question. The questions are mostly multiple choice, giving you four different answers to choose from. Correct answers earn you dollars; wrong ones subtract money from your score. To break up the monotony of the multiple-choice questions, three special types of questions occasionally come into play. The Dis or Dat question is for only one contestant to play, and as the name implies, it asks you to identify something as either "this or that." The three-way question challenges the players to match up one word or a phrase with one of three phrases. The Jack Attack is the final question type and is set up much like the three-way except it's faster and there's only one phrase to match up with the cycling list of answers.

While the game's mechanics are straightforward and pretty self-explanatory, the style of the questions is an entirely different story. It takes a couple of games before you get used to the roundabout way in which the questions are asked. Instead of asking a straightforward question, like "Which of the following countries was not part of the allied forces in WWII?" the game will ask "Which Hogan's Heroes character would not be part of the effort to defeat Hitler?" At first it's a bit frustrating, but you'll eventually warm up to the game's "pop culture crossed with actual history" stylings.

In the end, You Don't Know Jack is a wonderful experience that is superfun for anyone who enjoys competing and laughing and who knows a bit about Star Wars, Greek mythology, or, well, just about anything. There are enough questions in the game to keep you going for hours without seeing repeat questions. It's definitely a great multiplayer party-style game. 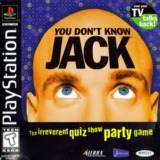 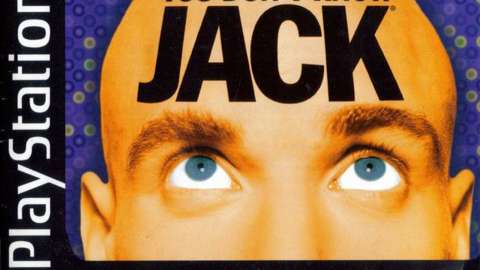