No mystery remains unsolved when Yoshi's nearby. Mario's dinosaur companion leaps into the heart of labyrinthine locales, ferreting out the many secrets that pepper these colorful lands. Skillful challenges are kept to a minimum in Yoshi's New Island. Rather than performing dexterous feats of skill, you instead take a methodical tour of each delightful land. It's an approach that separates Yoshi's New Island from many platformers out there, but sadly there are missteps in the execution that lessen any excitement. Straightforward level design demands neither clever puzzle solving nor quick reflexes, and a dearth of new ideas makes the many obstacles and enemies feel predictable. Yoshi's New Island is at once pleasant and forgettable, proving that charming aesthetics can only gloss over middling design for so long.

Before he became a plumber and brought momentary peace to the Mushroom Kingdom, Mario was nothing more than a baby in distress on the back of a dinosaur. Yoshi proves here that he's every bit the hero that the diapered companion he carries with him is; just don't expect him to move like Mario does. Dinosaurs are heavy creatures, so Yoshi isn't quick on his feet, but he does have other talents. Chief among them is his ability to momentarily hover to reach distant platforms. Extend jumps to carry your prodigious weight to out-of-the-way areas or to land right on the head of a roaming koopa troopa. Hovering is a necessary way to traverse this colorful world, but it's sadly just utilitarian. Without the smooth grace of his more acrobatic counterparts, Yoshi's hovering dulls the excitement of mid-air exploits.

Even with workmanlike movement, reaching the end of each stage is still enjoyable. Much of this pleasure comes from the enchanting artistic design. Using a coloring-book style, Yoshi's New Island has a cheerful look that seeps into every one of its elements. Enemies look charming enough to hug--if they weren't trying to snatch your precious passenger--and the world seemingly dances with joy. Yoshi's New Island is just so welcoming. It's a world that exudes happiness. You can immerse yourself in this adventure without having to flex your fingers or rack your brain, and the low barrier for entry is nice for those who are intimidated by other offerings.

Yoshi's New Island is at once pleasant and forgettable, proving that charming aesthetics can only gloss over middling design for so long.

There are oodles of collectibles for those who want more to do than just reach the end. Yoshi's New Island ensures you can progress through the game without being a completionist, while still building obstacles for those who wish to put on their explorer's hat. This versatility stems from the expansive level design. Each stage has a linear path that anyone could mindlessly tromp down, but there are hidden paths beckoning those with a curious disposition. Brush against a seemingly solid wall to find a hollowed-out cave filled with coins, or use your hovering jump to ascend a towering beanstalk. If you venture down these unknown paths, collectibles such as smiling flowers are yours for the taking. And all the while you're awash in the happy glow of this saccharine world.

Of course, Yoshi can do more than blithely walk through each stage. By swallowing enemies whole, you can turn them into eggs, which can then be tossed around the environment. If you see a cloud floating high above, just wing an egg at it and revel in the rewards that spill from it. Maybe a staircase will appear out of thin air or coins will rain down upon you. There's no way to know beforehand, so don't be stingy with your eggs. Given that there's always a bountiful array of eggs about, you rarely have to aim with any precision. If you miss your target, just reload and try again. That goes along with the theme of Yoshi's New Island. There's rarely any punishment to halt your progress, so you can glide through this adventure without any hindrance.

Advancement In Yoshi's New Island is given, not earned, so you feel no rush from accomplishing a difficult feat. That's not a problem early on, when you're taken in by the comforting artistic design, but does lessen your engagement as you spend more time in this adventure. And the non-existent challenge is just one issue with Yoshi's New Island. For instance, the by-numbers level design presents few surprises. Occasional deviations such as sections in which you transform into a vehicle are little more than gyroscope-controlled distractions. And though there are secrets, they're laid out in such obvious ways that there's little need to push yourself to uncover them. Once you understand that egg clouds appear if you follow every branching path, you're halfway to discovering all there is to find in Yoshi's New Island. The few detours, such as when Yoshi can run up walls and across ceilings, showcase how devoid of inspiration this adventure is. A game needs more than bursts of quickness to be exciting. Running changes the pace, but the sequences all but control themselves, so they're as forgettable as the rest of the game.

Furthermore, every element of this game panders to nostalgic memories rather than forging new paths. I can't deny my initial glow during the early moments. Hearing the familiar hum Yoshi makes when hovering made me smile, and I was tickled as I tried to corral every hopping star. But the appeal of reliving my youth didn't last long. Because of its reluctance to innovate, the game rests in the land of ambivalence, going through the motions without much flair. And though there are plenty of secrets to uncover, there's not much impetus to replay stages to find every trinket. My time spent within each level was pleasant enough, but little stayed with me after I turned off the system.

Just like the original game, Yoshi's New Island has a clever way to deal with health that is ultimately a detriment. When Yoshi is struck, Baby Mario is knocked from his back, and you have a few seconds to chase him down before he's captured by the baddies. His ear-piercing wails offer a sharp and unpleasant contrast to the peaceful mood, but the problems go much deeper than an unsettling sound effect. Yoshi is nearly indestructible, dying only when he falls into a deadly pit, so the challenge comes from chasing Baby Mario. However, this system is more of an annoyance than a neat twist on the norm. It's easy enough to avoid every enemy that comes your way. And if you do get struck when your attention wavers, running after Mario just interrupts your shy guy-eating escapades.

The health system also undermines the boss encounters. Twice in each world you have to face off against a formidable foe, either Magikoopa or a creature that Magikoopa turns gigantic with his magical hammer. There are mild puzzles, such as figuring out when to flip a switch to skewer Magikoopa on spikes, and much of the appeal comes from figuring out what to do. But once you understand the trick, it's incredibly easy to conquer your foe. This lessens the impact such fights could have had. You need only fire a couple of eggs or perform a downward stomp, collect Mario when you're hit, and then move on to the next level.

There is a two-player mode if you're eager for more Yoshi action. Here, you partner with a friend to perform many of the same duties that encompass the main adventure. For instance, you may have to pop balloons or consume enemies, and there's a scoreboard to keep track of how you've done. Yoshi's New Island is a game built around its level design and aesthetics, so separating the actions from the core adventure only highlights how clumsy the game feels. There's no energy or excitement. Once you run through the various minigames, there's no point in revisiting them to try to top your previous score.

Nintendo last explored this franchise in 2006 with Yoshi's Island DS, and though that game had its own problems, it also had an identity. By introducing new babies with different abilities, it provided a fun and unpredictable sequel to the Super Nintendo original. Yoshi's New Island has no such identity. That's not to say this isn't an enjoyable game, but the best elements are recycled from a game that's almost 20 years old, and because nothing particularly interesting was added, it does little to excite the imagination. Yoshi's New Island is a decent platformer, but it's also so forgettable that it won't leave you with any lasting memories.

View Comments (284)
Back To Top
5
Mediocre
About GameSpot Reviews 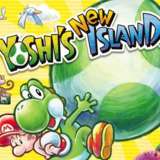 Tom was one of the few who enjoyed Yoshi's Island DS and has even loved easy platformers such as Kirby's Epic Yarn. But after spending nine hours with Yoshi's New Island, he's incredibly sad about where this franchise has gone. 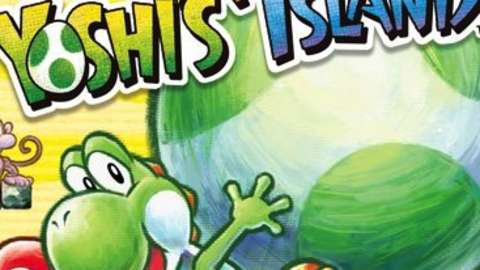 Yoshi's Island brings Yoshi and Baby Mario back with flutter jumps, ground pounds, egg throws, and a host of new actions that use the unique features of the Nintendo 3DS.