Yoshi is a unique puzzle game with charming qualities, but it won't hold your attention for very long.

As the title suggests, Yoshi (or Mario & Yoshi if you're in Europe or Australia) is a puzzle game featuring Mario's green dinosaur buddy. Yoshi was very much overlooked when it was first published in 1992 because it was so late in the Nintendo Entertainment System's console's life cycle, but now Nintendo is giving the game a second chance to find an audience by making it available for the Wii's Virtual Console service. While the game's design certainly is unique, most players will probably deem it too shallow to warrant serious attention, especially those weaned on A-list puzzlers, such as Tetris, Puyo Puyo, and Puzzle League.

In Yoshi, blocks containing goombas, koopas, and other Mario-themed monsters constantly fall from the top of the screen. The playing field is divided into four columns that each span eight blocks in height. At the bottom of each column is a dinner plate, and below those plates is Yoshi's friend, Mario. Mario can be moved left or right, and you can have him swap two columns by pressing the buttons on the controller. Dissimilar blocks will stack and create taller columns, whereas pairing two matching blocks vertically will cause the column to shrink by two blocks. Your task is to prevent a stack of blocks from reaching the ceiling by swapping columns and continually forming matching pairs. Occasionally, the tops and bottoms of egg shells will drop instead of monster blocks. Making a complete egg out of these shells will cause any blocks trapped between the pieces to disappear, leading to a brief appearance from Yoshi in the process.

Apart from needing quick reflexes to move Mario and swap columns before blocks lock into place, Yoshi really doesn't involve much in the way of strategy. There are only four different monster blocks and matches only happen vertically, which means that chain reactions aren't possible. Also, at four-by-eight, the playfield is kind of cramped. The lack of strategy will likely cause you to tire of the single-player modes within a few minutes. The two-player split-screen mode isn't much better, but you'll at least get some excitement from trying to outlast the other player. In either case, the bright colors and charming characters create a thoroughly adorable aesthetic, while the peppy music will make you smile even if the action doesn't.

For the Wii's part, it emulates the game perfectly. The colors are vibrant, the character blocks are easily identified (even on progressive scan displays where the graphics are effectively scaled to double their original resolution), and the Wii Remote is a comfortable stand-in for the NES controller. Nonetheless, you should probably only invest the 500 Wii points ($5) to download Yoshi if you're already a fan of the game. It's just too shallow to yield the lengthy play sessions that a truly awesome puzzler should provide. 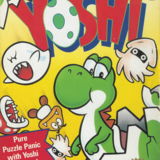 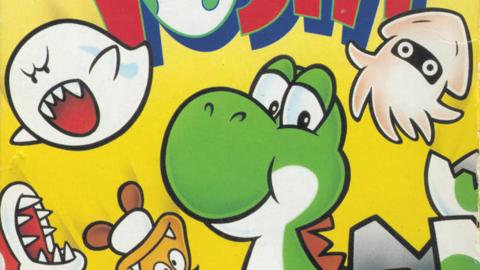