In the opening seconds of Yesterday, you see bloody pentagrams scrawled on the floor, hear tortured screams, and spot references to alchemy, the Vatican Secret Archives, and the Spanish Inquisition. It's a heavy-handed way to tell you something foul is afoot, and you'd be forgiven for thinking that a Dan Brown novel is underway and a middle-aged symbology professor is right around the corner. Instead, you meet a pair of nonprofit volunteers who venture into an abandoned train station to offer aid to the homeless. Though the people they find there and the revelations that follow offer a welcome counterweight to the cliched intro video, Yesterday struggles to find narrative balance over the course of the not-so-lengthy adventure.

The characters are also inconsistent. Some are dull tropes (an eccentric mountaintop hermit), while others are interesting personalities (a disheveled bum who speaks with equal parts clarity and delusion). The relationships you explore as the amnesiac protagonist show some promise, but Yesterday ends before any of them can grow more complex. Fortunately, the rich colors and pleasing artistic style make exploration enjoyable, and the puzzles you encounter strike a decent balance between accessibility and challenge. These elements help buoy Yesterday above its narrative disappointment, making it an appealing adventure for the point-and-click crowd.

And point and click you do, though Yesterday doesn't like to make things too tough for you. Your cursor changes to indicate objects you can interact with, and the menu bar at the bottom of the screen offers a button that highlights these hot spots, should you miss any. There's also a hint button that refills frequently, but the dialogue and environmental cues generally do a nice job of guiding you in the right direction.

Your first challenge is to make your way into the aforementioned train station, overcoming the barriers that clearly indicate that someone doesn't want you there. Picking a lock is never as easy as it seems, because who carries lockpicks these days? This area, and a few others that follow, trip themselves up a bit by presenting elements that aren't used until later puzzles, leaving you to futz around with a phone before moving on, for example. Regardless, Yesterday still settles in to a good rhythm of exploration, assessment, experimentation, and solution.

Amid this cycle, you often engage others in conversation. This amounts to little more than clicking through topics until you've heard everything the character has to say, though there are a few occasions when you move beyond simple talk. Quick little games, like a chess-based quiz, are a welcome splash of diversity, though your fate never really hangs in the balance.

Conversations are also enjoyable because of Pendulo Studios' distinctive art and animation style, most recently seen in The Next Big Thing. Vibrant colors and expressive character models make the characters feel lively, though the inconsistent voice acting doesn't always complement the art well. The protagonist has a rich voice, but his performance is overly sedate, and some of the other recordings feel oddly rushed and truncated. The villains make a good show of it, fortunately, and the dialogue reveals some of the most interesting aspects of the story.

Yesterday's narrative jumps around in time as the leading man tries to unravel the mystery of his past. Heading back in time is no problem, but it's a jarring shift to leave the past for the present and try to remember what was going on and who knows what. For the most part the sensation is one of barreling along a track, not derailing completely, and this unsteadiness makes finally figuring it all out both rewarding and relieving. Once the whole intriguing truth is revealed, you feel like you have your narrative footing at last and are eager to forge onward.

Unfortunately, this is when Yesterday quickly draws to a close. The grim finale comes hot on the heels of the climactic reveal, giving you the sense that things are wrapping up just when they were starting to get good. The characters you've been trying to get a handle on have finally revealed themselves, but it's too late. This disappointment lingers, but most of the game is spent exploring nice environments, meeting some strange folks, and solving a bunch of enjoyable puzzles. Whatever you wish it might have done better, Yesterday does enough things right to make for an amusing adventure. 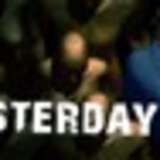 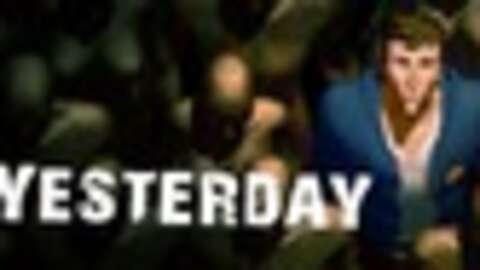 Yesterday is an original and dark thriller adventure game from Pendulo Studios.