The Way of the Dragon

The Yakuza series sits at a unique place in 2018, juggling two different points in the series timeline. The western release of prequel Yakuza 0 in 2017 was a dazzling gateway for a new wave of players and flowed naturally into a remake of the very first game later that year. The next title that followed, however, was Yakuza 6, which bid farewell to mainstay protagonist Kazuma Kiryu while debuting the brand new "Dragon" game engine. Yakuza 6 was a great finale to a saga that began in 2006, but now, the series has taken another 10-year leap backward in terms of narrative chronology but has taken its latest technology with it. And it's fortunate things worked out this way, because Yakuza Kiwami 2 combines the best parts of both timelines, as we simultaneously revisit the point in time where the series hit its stride, while being able to enjoy the superior benefits of a seamless world and fluid combat system afforded by the latest engine.

The original Yakuza 2 is more than just a personal favorite; it's where the series became more ambitious in terms of its world and narrative by introducing an additional location for the first time, the iconic Osakan strip of Dotonbori (stylised as "Sotenbori"), in addition to Kabukicho (stylised as "Kamurocho") in Tokyo. This not only added variety and scope to its geography and narrative, but memorable personalities with its Osakan characters. Their demeanor contrasts greatly to Tokyo natives, and this plays into the tensions between the major crime organizations in the Kansai and Kanto regions, respectively. Kiryu teams up with ace Osakan detective Kaoru Sayama for the majority of the game, who is a strong, likable character--their odd-couple pairing and growing relationship are some of the things that make Yakuza 2 so exceptional. Supporting them are the familiar Makoto Date and his hardened former mentor, Jiro Kawara, who all play interesting roles with great performances. It's here where you can see the strong foundations for the multi-protagonist approach that the series would later take, and in general, Kiwami 2's script is tweaked slightly to be a little more self-reflective from the lens of a present-day retrospective.

In typical series fashion, the majority of the story is told through highly charged, emotional cutscenes that lean heavily on the beats of Japanese drama, and they are as slow-paced as they are impressive to look at. However, Yakuza 2's plot has the benefit of being one of the more exciting and memorable of the series--there's an unforgettably gruff and showy antagonist in Ryuji Goda, the "Dragon of Kansai" that stands in staunch opposition to Kiryu's "Dragon of Dojima" moniker, a number of intriguing twists as a multinational blood feud is uncovered, some heavy-set themes about the value of loyalty and being shaped by your past, as well as some of the series' absurdly excellent moments, like punching a lunging tiger in the face. It's truly wonderful to see this PlayStation 2-era experience elevated to modern standards; sharp cinematics and high-fidelity models really amplify familiar performances through subtle facial expressions and body language.

But unsurprisingly, character models featured in secondary cutscenes and the game's numerous substory side quests exhibit a perceptible drop in quality. But to Kiwami 2's credit, the baseline fidelity of secondary models has notably improved--they aren't as jarringly awful as they were in Yakuza 6, but Kiwami 2 sadly doesn't feature full voice acting in all of its scenarios as 6 did. There are a few nice exceptions to these rules, however, as a few of the game's most infamous substories (series fans will nod knowingly at the mention of "diapers" or "fat Kiryu") get full cinematic treatment.

Kamurocho remains a fantastically atmospheric environment, full of pedestrians and neon lights, exuding a strong sense of true-to-life identity. The Dragon Engine continues to allow for seamless transitions between the street, stores, and combat encounters--it's also nice to revisit a more complete, "classic" version of the area after only seeing an abridged version in Yakuza 6. Sotenbori does suffer some minor cuts from the original version of Yakuza 2, and a smaller third area, Shinseicho, is cut altogether. But while these omissions are disappointing from an enthusiast perspective, it doesn't detract enough from the overall experience to be a significant stain, and certainly not for new players. The five-category experience system for character progression returns, and so does the emphasis on eating and drinking for experience points, which continues to be a positive change for the series that helps encourage a grounded connection and familiarity to the urban environments you roam through.

The Dragon Engine's version of Yakuza's crunchy combat also continues to be incredibly satisfying. While relatively straightforward in terms of its move set, especially when compared to the multiple disciplines featured in Yakuza 0 and Yakuza Kiwami, the momentum and fluidity of techniques combined with the emphasis on collateral, physics-based damage makes fights exciting--it's difficult to return to the characteristically stiff combat of 0 and Kiwami once you've spent time with it. Small but noteworthy classic mechanics have been reintroduced, including charge moves (which you can now buffer while continuing to move and perform regular attacks), a returning focus on weapons (which you can now collect, store, buy, repair, and equip via quick-menu), as well as a number of location-based Heat moves, where befriended neighborhood denizens help you humorously and viciously assault bad guys.

In addition to the series' substories, Kiwami 2 also has some welcome minigame activities that give you ample opportunity to play with the versatile combat system in a variety of different situations. The best of these are the Underground Coliseum, which returns from the original and pits Kiryu in a series of one-on-one cage matches with fighters from an entertainingly diverse background of fighting disciplines, and the new Bouncer Missions, which throw you into gauntlets of increasing difficulty overstocked with weapons, environmental objects, and dozens of enemies, making for exciting group brawls. On the other hand, some of Kiwami 2's story missions have holdover mechanics from the original that never really gelled well to begin with and feel even more outdated as part of the modernization--immovable brutes that soak damage and pound you with couches and enemies with automatic rifles that you need to block with a medieval shield, of all things, feel like uncreative and unnecessary additions.

Other minigame distractions include Japanese and Western casino games, Mahjong, Shogi, darts, batting and golfing challenges as well as the always-fabulous karaoke. The Club Sega arcade selection is a little weaker in Kiwami 2; Virtual-On seems like a great addition, but it hasn't aged well despite the option for twin stick controls, and Virtua Fighter 2, despite its balancing tweaks, just doesn't impress as much after Virtua Fighter 5: Final Showdown was included Yakuza 6. UFO Catchers are a fleeting distraction, and the Toylets minigame, based on a very real-life Sega amusement which asks you to use the speed and quantity of your urine flow to affect on-screen action, is as strange and uncomfortable as it seems. Also new is Gravure Photography, where you can watch videos of real-life softcore glamor models flaunt revealing outfits, while you, as a creepy Kiryu, attempt to construct coherent sentences while photographing them. Gravure Photography is Kiwami 2's entry into the list of series activities that feel at complete odds with Kiryu's honorable and respectful nature.

But Kiwami 2 also features two more impressively substantial minigames featuring real-life Japanese personalities. One is the Cabaret Club Grand Prix, a refined version of the hostess club management concept seen in Yakuza 0, and the other is a much-improved version of the underwhelming Clan Creator top-down strategy minigame from Yakuza 6, now with a tower-defense twist. Both of these minigame iterations have been altered to have a bigger focus on fast-paced, real-time micromanagement and quick decision making, making them more involved and much more exciting as attractions to potentially invest in.

As was the case in Yakuza Kiwami, fan-favorite character Goro Majima is more tightly woven into this remake. As you progress through the main story, you'll gradually unlock the three chapters of Majima Saga, an entirely separate mini-campaign, which explores how Majima comes to arrive at the position and disposition that you find him in during the events of Kiryu and Sayama's story. While you're able to freely roam Kamurocho and Sotenbori with Majima, there are some major differences: Majima has no character progression of his own and cannot earn XP. There are no substories, and enemy encounters are predetermined as large group battles at certain roadblocks on the map, as well as one-on-one battles with Street Bosses, which you'll also find in Kiryu's campaign.

Without long-term purpose or flexibility, Majima's flamboyant knife fighting style, which dazzles initially with a couple of entertaining heat moves, becomes stale fast. His acrobatic moves don't have the same satisfying impact as Kiryu's, and it rarely feels like you're in complete control. While that may suit his character perfectly, without the ability to pick up items or throw enemies, it's difficult to keep things interesting for yourself here. The money you earn from defeating enemies in this mode can be transferred to Kiryu in the form of valuable items, and Majima has his own unique karaoke song worth seeing. But the interactive parts of his mini-campaign feel like an unnecessary grind to see story cinematics--which are the places where he really gets to shine, and the only good reason for swapping to Majima Saga. Overall, it's a missed opportunity.

The tale of Tokyo and Osaka, Kiryu and Sayama's partnership, and Kiryu and Goda's rivalry remains one of the Yakuza's best stories, and Kiwami 2's minor missteps don't affect the heart of that experience. The modernization of its presentation and its mechanics elevate it, making it absolutely worth revisiting or experiencing for the first time. Yakuza is an exemplary, if flawed series that does an incredible job of steeping you in contemporary Japanese-style crime drama, and establishing an evocative sense of place. Yakuza Kiwami 2 is an excellent example of the series at its best, coupling its most memorable stories and characters with its most sophisticated mechanics yet. 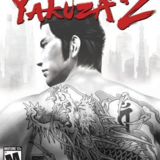 Edmond Tran has been a devoted Yakuza series fan since 2006, and Yakuza 2 has always been his favorite. He spent over 25 hours with Yakuza Kiwami 2, finishing the campaign and half of the optional content using a code provided by the publisher. 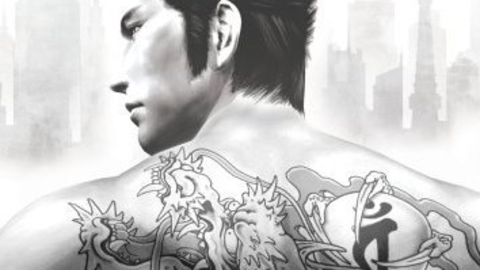 Yakuza 2 plunges you into the violent Japanese underworld in this free-roaming adventure game.