Mundane combat and a lackluster use of its characters prevent Yakuza: Dead Souls from capturing the energy and fierceness of its predecessors.

Kamurocho has seen better days. This pleasure district was once a place where yakuza could relax and enjoy the simple pleasure of clobbering each other in the streets. Alas, those days are over. A zombie outbreak has shifted the focus of life in Kamurocho from brawling with the living to killing the undead. Unfortunately, the heroes and villains of earlier Yakuza games who take center stage in Yakuza: Dead Souls don't bring the same level of panache to gunning down zombies that they do to punching street toughs. It's initially entertaining to see Kamurocho turned upside down by this new crisis and watch these familiar characters facing an unfamiliar threat, but battling these zombies is a tiresome and frustrating process, and the series' signature charm is in short supply.

Don't let the fact that the box art displays four gun-toting heroes fool you; this is not a Left 4 Dead-style multiplayer zombie shooter. Dead Souls is a single-player, third-person game with a story that leaps from one familiar Yakuza character to another to another. You start out playing as Shun Akiyama, the fascinating moneylender who made his debut in Yakuza 4. But as pleasant as it is to see this likable character again, the narrative gives you too little time to appreciate his confident swagger.

It doesn't take long for all hell to break loose and Kamurocho to find itself swarming with zombies, and once that happens, the story becomes a cursory backdrop against which the slaughter of the undead takes place. It has its moments; the unbalanced way in which playable character Goro Majima actually relishes the outbreak for the sporting pleasure of killing zombies is unforgettable, and it all builds up to an outrageous finale in which series lead Kazuma Kiryu confronts a massive monstrosity and shares important life lessons. But these instances are few and far between, and on the whole, the story doesn't deliver the intensity and insanity that have helped make prior Yakuza games so memorable.

This might be OK if the new brand of combat Dead Souls introduces picked up the slack, but it doesn't. As the four heroes of Dead Souls, you must fight your way through the streets of Kamurocho, and although the Yakuza games have always been about brawling, here, it's almost entirely about gunplay. You run around in third person, blasting zombies out of your way to clear your path from point A to point B or eliminating all the zombies in an area to fulfill an objective. You can do this with pistols, submachine guns, rifles, and Gatling guns; when you're playing as Ryuji Goda, your robotic right arm can transform into one of these massive weapons.

Most zombies are easily put down, but they have strength in numbers, and you frequently find yourself being knocked down by their attacks. Every time this happens, you need to mash X for a moment to get back up on your feet, and getting stuck in a loop of standing up only to promptly be knocked down again is enough to make you throw up your arms in frustration and consider letting the zombies win. To make matters worse, being mobbed by zombies often carries with it the unpleasant side effect of a stuttering frame rate.

Even when it's not being so irritating, the combat is too basic to be enjoyable. When you're fortunate enough to have ammo for a gun that shoots continuously, simply holding down the fire button as you run up to zombies gets the job done with minimal effort on your part. You can stand still and switch to first-person view to target enemies' heads for more efficient kills, but it's rarely worth your time to do so. Despite spots scattered around Kamurocho where you can stock up on ammo and other supplies, at times you may find yourself needing to rely on your pistols to put zombies down. These pistols have infinite ammo, but each bullet needs to be fired individually, so combat becomes a tedious matter of pressing the fire button again and again.

A mechanic called heat sniping brings a bit of energy to the action, though it's not enough to bring the shambling corpse that is the game's combat back to life. Whenever your heat snipe gauge is full enough (which it frequently is), certain objects in the environment are highlighted. These are typically--though not always--explosive items, such as oil drums and gas tanks on cars. With the press of a button, you can aim and fire at one of these highlighted objects, at which point the camera dramatically follows your bullets through the air on their collision course with your target.

Successfully making a timed button press during this moment ensures that your bullets hit home and trigger a reaction that causes tremendous damage to zombies in the area. The cinematic flair these moments bring to the carnage is welcome, but you can employ heat sniping so frequently that it doesn't take long for these scenes to start feeling commonplace.

Amid the run-of-the-mill zombies who constantly block your path are more powerful mutants of various types. Cry babies have screams that can bring other zombies flocking to the area; monkey boys are quick and nimble; and hermits are encased in a thick layer of rock. But these mutants and the other sorts you encounter don't bring a sense of dread with them. Combat can be frustrating and tedious, but it never feels scary and rarely even feels dangerous. As a result, the appearance of mutants carries with it not excitement, but the apprehension that accompanies knowing you have to pump a lot more bullets into these particular zombies to get them out of your way.

Killing zombies sometimes nets you valuables and materials that you can take to your friendly neighborhood weapon dealer to have your guns and armor strengthened. It's rewarding to sense your guns becoming more effective at mowing zombies down, and in the game's occasional battles with grisly and powerful bosses, the added firepower is a big help. If you want a break from killing zombies, you can engage in the sorts of leisurely pursuits that have always been available in Kamurocho. Yes, during the zombie crisis, you can still stop in to Club Sega and use the UFO catcher, or chat up the ladies at a local hostess club, or swing for the fences at the batting cages.

It's amusing to pop into these establishments in the quarantine zone (after "liberating" them by killing a few zombies hanging outside their doors) only to find people inside enjoying themselves with no apparent cares about the trouble happening right outside. But you can also get through the entire game without touching any of this content at all. It's not integrated into the game in any meaningful way, and it's all the same stuff you may have already experienced in earlier Yakuza games. In other words, it's not very interesting, and it's easily ignored.

Unfortunately, the problems with the combat, which makes up the majority of the game, cannot be ignored so easily. At its best, that combat is inoffensive but unremarkable. At its worst, it's tedious and infuriating. The game's four heroes radiate charisma but get too few opportunities to shine, and the recycled attractions of Kamurocho provide little incentive to visit these crowded streets. At least there's hope that this dark chapter in Kamurocho's history won't be the last. Much like the yakuza who populate it, you just can't keep a good entertainment district down. 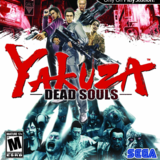