Xtreme Sports is definitely going to be an unsung hit.

As wary as I am about any product, let alone any game, with any variation of the word "extreme" in its name, Xtreme Sports is actually a very good game. Sketchy associations or not, Infogrames has released a novel, quality product that somehow manages to ride the momentum created by our culture's current fetish for anything "extreme," while simultaneously making a clever critique of the extreme movement. Indeed, it's totally novel for a sports game to even feature any sort of cohesive narrative, let alone a clever, endearing one. But Xtreme Sports does just that, by weaving simple and amusing arcade elements into the skeleton of an RPG system.

As either Guppi or Fin - a romantic pair hungry for cash - you'll head to Xtreme Island, headquarters of the Xtreme Cola Company, in order to compete in its brand of X Games and earn yourself the title of Xtreme Champion, along with some cool cash.

The game begins with you on the island, which is covered with scattered groups of opponents that you must challenge at their own games. The events are skateboarding, inline skating, street luge, sky surfing, and traditional surfing on water. Challenges are issued in a manner similar to the Pokémon games: Potential contestants will be standing around, and to talk to them is to challenge them. Once in the actual challenges, it's up to you to better their records, be it in score, number of flags accumulated, time, or a combination of the three.

The goal is collect medals from the athletes you beat, which in turn open up locked portions of Xtreme Island, where you can challenge more people, ad infinitum. Your eventual goal is to collect 420 medals, 20 of which are hidden.

The actual games are rather simply executed. Most take place in a side-scrolling view, except for sky surfing and street luge, which sport an overhead view. The gameplay for most of them is basic enough, though the formulas work rather well for the purpose of the game. Sky surfing is perhaps most interesting - you're constantly in a state of free fall, snatching up arrow icons as you descend, which, provided you're capable of performing D-pad movements in their directions, let you perform rather sick tricks. Each contestant alters the physical layout of the tracks, so while the basic premise of each event remains constant throughout the course of the game, slight variations in course layout keep the action fresh, for the most part.

The events are quite a pleasure to play, considering the intensity of the style that Xtreme Games oozes. The character designs are truly loopy, seeming like very Westernized anime. Many characters feature unique designs, each of which is as thoughtfully rendered as the last. It's clear that WayForward took its work very seriously.

Xtreme Sports is definitely going to be an unsung hit. Rare is a portable sports title this rich. Its premise is unique and its execution is artful. There is definitely some fun to be had with this. 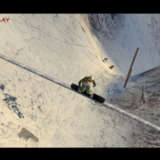 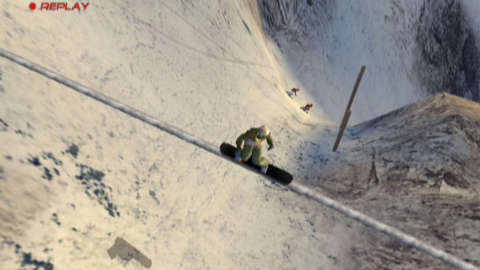 If you're in the mood for a game where each event is reasonably well designed and integrated into a greater, meatier whole, then Infogrames' Xtreme Sports should prove satisfying.