It's bigger and more ambitious than any of its predecessors, but XGRA is hindered by a few unfortunate technical and design issues.

Save for Nintendo's recently revived F-Zero series and Sony's effectively dormant Wipeout series, there have been few futuristic racing games that have really been good enough to leave an impression. Though it wallowed in semi-obscurity on the N64 for a few years, Acclaim's Extreme-G series found its stride with the third installment, which was the most fully realized in the series, and it helped Extreme-G define itself as more than just another Wipeout clone. Though the previous naming convention has been discarded, XGRA marks the fourth game in the Extreme-G series. It's bigger and more ambitious than any of its predecessors, but XGRA is hindered by a few unfortunate technical and design issues.

XGRA functions much like its predecessor and, by extension, virtually every other futuristic racing game conceived--race at phenomenal speeds around tracks that ridicule the fundamental laws of physics, all the while trying to foil your opponents, by hook or by crook. What really differentiates XGRA from Extreme-G 3 is the details.

Previously, there was a system in the career mode where you would earn cash for winning races, and that cash could be spent on performance-enhancing add-ons, entirely new engines, and a variety of weapons upgrades. Now, during the career mode, you're simply awarded a number of points for your placement in a race, and if you accumulate enough points by the end of the last race in that particular speed class, you advance to the next speed class, and your bike is upgraded automatically. Limiting the player's involvement in the nuts and bolts of the bike theoretically makes the game more accessible, but it also limits your level of immersion in this futuristic world.

The selection of weapons at your disposal has been expanded, but the weapons system itself has been stripped down. Shortly after the beginning of each race, you have constant access to your primary weapon, which will be machine guns, rockets, energy weapons, bombs, or electrical weapons, depending on which bike you choose. Your primary weapon is pretty weak at first but can be upgraded twice over the course of a race by destroying your opponents, and the effects of a third-level primary weapon can be truly devastating.

There are also a variety of secondary power-ups and weapons that can be activated by picking up special green orbs scattered across the track. Each secondary weapon is a one-shot deal, and each requires a specific number of orbs in order to be activated. There are a total of 10 different secondary power-ups, including the vampyre, which will suck energy out of any other bikes that are in range; a variety of temporary performance enhancements; and, at the top of the list, the deathstrike, which is an ion blast from an orbital weapons platform that completely incinerates its target. You won't have access to all of them immediately, and in order to unlock the high-level power-ups, you'll need to complete some of the race-specific contracts. With these contracts, you're given a secondary goal in each race, such as beating a specific opponent, blowing up a number of billboards along the track, or beating a preset lap time. Though there are a few power-ups whose usefulness is questionable, you'll likely find a situation where you need to use almost all of them at some point. The problem with the weapons system, and it's a significant one, is that the deathstrike attack is far too powerful and far too easy to attain, effectively making all the other secondary offensive power-ups obsolete.

As for the turbo boost, you won't find it regularly on tap at the push of a button; rather, the tracks are littered with speed strips that, when passed over, give you a temporary boost. This alters the overall flow of the race and takes some of the control over the bike away from the player. One of the cooler touches in Extreme-G 3 was a dramatic warping effect that would kick in once you reached a certain speed. This effect lives on in XGRA, though the placement of many of the speed strips will cause this screen-blurring effect to kick in at inopportune moments, marring your vision and crippling your ability to race effectively.

Many of the changes that have been made to the Extreme-G formula in XGRA seem questionable, but the game remains quite fun. The AI tends to be just a little bit soft, but it still puts up a good fight, never seeming to have an unfair advantage. The sensation of speed is excellent, and the track designs are as grandiose and ostentatious as have ever been seen in a futuristic racing game. The locations are pretty sensational too, including Mars, a defunct nuclear power plant, a deep-sea research facility, and an asteroid, among others. Once you've gone through the career mode, there's not a whole lot to bring you back to XGRA's single-player game, save for the time trial mode, where you can race against your own best times. There is a multiplayer mode, which supports four players, and it's about as enjoyable as the single-player game, though general frame rate choppiness keeps the four-player option from being very enjoyable.

Frame rate stability is a major issue for XGRA in general. The GameCube version splits the difference between the PlayStation 2 and Xbox versions in terms of frame rate consistency and visual fidelity. The overall frame rate is smoother than that of the PlayStation 2 version, but some heavy weather effects or a big explosion will briefly turn the game into a choppy mess. The quality of the textures, however, is virtually identical to what we saw in the PS2 version--with the same muddy textures and the abnormally dark look--which is especially problematic when the game puts you on a course at night or when the game's occasional rain, snow, and sandstorm effects kick in. The weather effects generally cause nothing but bad choppiness, poor visibility, and general frustration in any version of the game. It's really unfortunate that these technical issues could not be alleviated before the game came to market, as the visuals in XGRA are fundamentally sound. The courses are simply massive, with plenty of detail and movement along the sides of the track adding an extra level of reality. The bikes themselves look slick and sort of blend the style of the light cycles in Tron with Kaneda's bike in Akira. There are some nice bits of flash scattered all over the game, such as the long, glowing tracers emitted from the backs of the bikes, the blue glow that precedes the deathstrike ion cannon attack, or the subtle fish-eye effect that kicks in whenever you pass over a speed strip.

Though Studio Cheltenham seems to have put a good amount of thought into the overall design of XGRA, the sound is decidedly slapdash. The sound of the bikes is good, blending the high-RPM scream of a high-performance motorcycle with some of the low-end rumble of a jet engine. Weapon effects are decent enough, but what really annoys are the handful of speech clips you'll hear repeatedly through the game from the game's prerace commentators, from the other racers, and from your own team captain. Almost all of them have a bad, fake accent or carry some kind of voice filter, and what they have to say almost always falls into the category of spectacularly failed humor. The music has been divvied up into three soundtracks--dance, rock, and mix. The music is primarily licensed, including tracks from BT, The Dwarves, Cirrus, and others. It doesn't feel out of place, but it's rare that the music will actually enhance the experience. XGRA's sound is actually at its best when it's not even there, such as when you exit the air lock on the asteroid track and all the ambient environmental sounds just drop out, which is a really nice little touch.

XGRA will appeal to fans of the genre that have been jonesing for a new worthwhile futuristic racing game and are willing to overlook some of its flaws, but it's flawed enough that it likely won't lure new players into the fold. However, a lot of the potential of XGRA has, in fact, been realized, so unless you're expecting it to raise the bar for this style of game, you ought to get a kick out of it. 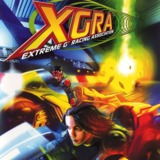 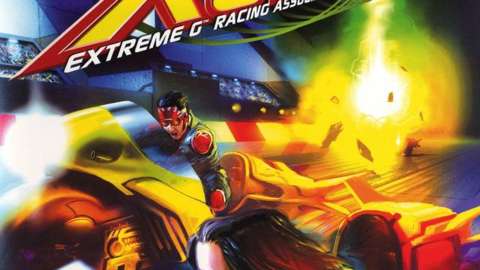