Xenoblade Chronicles is a sublime, wonderfully paced game that both refines and modernises the Japanese role-playing game.

UK REVIEW--It begins with an epic battle, a clash of titans in a world without time or form. The scale, the scope, and the vast expanse of the gameworld are established in this moment. The two giants collide, swords clashing in the misty gulf of the universe, and developer Monolith Soft makes it very clear that you're about to embark on something special. Much like the thundering behemoths that mark the game's opening, Xenoblade Chronicles is groundbreaking. It's a true evolution of the Japanese role-playing game, shedding the restraints that have caused the genre to stagnate, while retaining the tropes that made it popular in the first place. It's fast-paced yet in-depth, challenging without being punishing, and features a combat system that draws on the best parts of the RPG world, both Eastern and Western. It's remarkable to think that this understated release--which sadly hasn't even been confirmed for North American territories--might justifiably be hailed by many as one of the most important JRPGs in years.

In the millennia since the titans--Bionis and Mechonis--faced off against one another, their corpses have become entire worlds, populated by a variety of races and species. The game proper opens onto conflict. Colony 9, home to the main protagonist, Shulk, sits at the base of the Bionis' leg. The soldiers of Colony 9 are facing off against spindly mechanical foes--Mechons--in the crumbling, ruinous battlegrounds situated on one of the giant's thighs. The opening battle serves as a brief tutorial featuring party member Dunban, and then you're catapulted one year into the future where peace has settled once more. Shulk and his friends Reyn and Fiora have managed to rebuild their lives in the wake of the Mechon attack. Naturally, the peace is soon shattered, and the Mechons return. Xenoblade does a fantastic job of easing you into the story, encouraging you to explore the expansive Colony 9 and come to the aid of its residents before launching into the tale proper. It's an example of the superb pacing which is prevalent throughout the game.

While Xenoblade Chronicles has numerous areas in which it shines, its combat is paramount to the overall experience. Action takes place in real time, with enemies immediately visible in the field. Some enemies are aggressive, others passive, enabling you to pick your fights wisely. In the beginning, fighting involves choosing one of a series of attacks. Rather than simply requiring you to choose a command then sit back and watch, each attack has certain criteria that can be met to power it up or achieve a status effect. Attacking from behind with certain abilities causes extra damage, while attacking from the side with another can lower physical defence. This system adds a hands-on, real-time element to the combat that--while menu-based--is immediately accessible.

Each chunky, colourful command button features a text description. Then there are the character-specific moves, the chain attacks in which you can link moves between all three active characters, and the enemies that require specific means of defeat, and that's just to begin with. It's a complex and rewarding system that makes getting into fights a joy. And though the battle system is deep, it's remarkable just how well developer Monolith Soft has tailored it for accessibility. New combat abilities and tactical approaches are gradually introduced throughout the course of the game. Not once is the gameplay overwhelming; the pacing is sublime, and the tutorials are brief but descriptive. It functions on the ethos of "learning by doing," and in this area alone Xenoblade Chronicles outshines the majority of its genre stablemates.

The focus on accessibility extends to more than just the battle mechanics. The world of Xenoblade Chronicles, the land that's sprouted up on the corpse of a giant, is vast and beautiful. Expansive plains stretch across ancient thigh muscle; waterfalls tumble from naturally formed cliffs. Swamps are moodily drenched in shimmering purple mist, and colourful forests populate the Bionis' chest. The sheer scale of each area is a sight to behold. Traveling around the Bionis could have been a pain, particularly as you frequently want to return to older areas or head to the other side of a huge map. Thankfully there's a fantastic fast travel function that lets you return to any previously visited landmark. There are often up to five or six landmarks within a given area, so when it comes to backtracking you're never required to spend time walking around pointlessly to get where you're going. And with so many interesting things to discover and so much going on, revisiting areas is an appealing concept.

Xenoblade Chronicles' vast array of side quests range from the simple--killing X number of enemies--to the complicated, such as performing a series of tasks to rebuild an entire colony. These side quests are varied and provide insights into the lives of the other characters, with entire subplots strung out over seemingly minor questlines. Unlike in the majority of RPGs, most of Xenoblade's side quests don't require you to return to the quest giver upon completion. For the most part you can stack up on fetch/kill quests, and then as soon as you complete them in the field, you reap the rewards. It's an elegant system which negates the need to traipse around looking for the correct non-player character. On top of this, the day/night cycle that affects which NPCs are present can be manually changed, with an in-game clock allowing you to set the time of day.

The story itself is on a grand scale, a tale of ancient prophecies and warring giants, of mechanical foes and royal conspiracies. Voice acting is quintessentially British to the point of sounding Dickensian, and while the acting is generally good, it can be jarring at first. There's the option of turning on Japanese voice-overs should you so desire, so even if the English voices sound a bit corny it's possible to overlook them altogether. This isn't a game that forces exposition--cutscenes are rarely more than a couple of minutes long--but it still spins a riveting yarn. What starts out as a simple revenge mission soon becomes something more. It all centers around the Monado, Shulk's mystical blade which, throughout the course of the game, gradually grows in power.

As well as adding to the plot, the Monado changes up the combat, with certain abilities and enemies introduced later that keep things fresh and require new tactics. The Monado also grants Shulk visions of the future. These serve to progress the plot and also come into play during fights, letting you preempt enemy attacks and shift the tide of battle. Then there's the affinity meter, the relationship you have with other party characters both in and out of battle. As the game progresses, the elements become more varied and more impressive--never overwhelming, never poorly explained, just enjoyably complex.

There are loads of things to do within the world of Xenoblade Chronicles--from having optional conversations with party members and forging relationships with townsfolk, to discovering landmarks and hidden boss monsters--and you're constantly rewarded with experience and items. Dotted around the world are a variety of high-level beasts, some of which can't possibly be beaten in the first encounter. Rather than serving to annoy, these beasts just lurk around, waiting to be defeated when you eventually reach a high enough level. And even if you do die, the game is very forgiving. No progress is lost outside of the fight you're in; you simply restart at the nearest landmark. There was perhaps a danger that this could make things too easy, but the difficulty curve is hard to fault, and the challenge is well thought out. Xenoblade Chronicles never punishes you for failing (even allowing you to avoid rewatching cutscenes should you die on a boss). It encourages experimentation, risk taking, and, most importantly, having fun.

A massive level of care and attention to detail is prevalent throughout the game, from the beautifully crafted environments to the excellent soundtrack. Even the inventory is filled with depth. There are numerous collectibles to find, which can be registered in the Collectopaedia (which leads to rewards), and each has its own unique description. There are hundreds of different types of armour, and your character's outfit changes based on what you have equipped. There are some repeated designs, but given the vast number available, it's barely noticeable. They differ based on the character they're equipped on too, so one armour type looks entirely different on Shulk than on someone else. You might spend hours managing your inventory, not because the game forces you to, but because it's enjoyable. Many pieces of equipment have gem slots, and gems can be found or crafted. These provide buffs for a multitude of stats, boosting attack or defence, or giving an increase to a more passive statistic. It's possible to tinker with character builds for hours, but again, the game never forces this upon you; it's just there if you really want to delve in as deep as possible.

Finding fault with Xenoblade Chronicles is not an easy task, but it's not without the occasional downside. Despite the intricately modelled outfits, character faces are bland and have a tendency to look a bit false, with Shulk's face in particular having the appearance of makeup painted on an egg. Occasionally, finding where to go can be a bit of a headache. The map is uncovered as you go, and the quest marker arrow points directly to your objective, but it does so without taking the layout of the land into account, so an objective may require you to circle around a cliff, for instance, when the arrow gives the impression that you can head in another direction. In a game where exploration is so rewarding, though, it's a minor issue, and even if you intend to power through the story and ignore all the optional extras, it's a problem that crops up only a few times. All of these flaws are minor compared to the relative excellence of the rest of the game. The action controls better with the Classic Controller, but the Wii Remote and Nunchuk combo is perfectly serviceable, although the lack of a second analogue stick means the camera can be a slight nuisance occasionally.

Xenoblade Chronicles is a remarkable game. It drags the JRPG into the 21st century, modernising many of the genre's traits and nailing a pace that outclasses the majority of its peers. Even coming from Tetsuya Takahashi--a man whose previous credits include Chrono Trigger and the other Xeno titles--it's a hugely surprising, versatile game. It has everything that seasoned JRPG veterans are looking for, but it also manages to lift the barrier for entry for those new to the genre. It retains the traditions it wants to and modernises the aspects it needs to. It's not only one of the best JRPGs in years; it's also one of the best RPGs regardless of subgenre. Xenoblade Chronicles is a captivating, magical game which deserves to be hailed as the revolution it is. 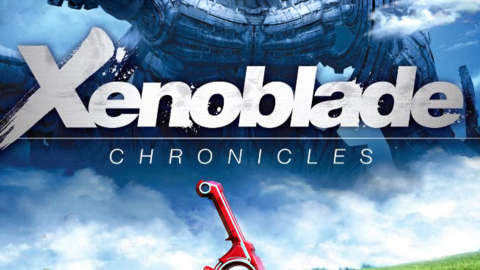 Xenoblade Chronicles is a role-playing game which takes place on an immense game world on the remains of two giant titans.