XCar is a very mixed bag.

You've gotta love the concept behind XCar: build and race the fastest prototype vehicle you can, period. Forget about all the rules for engine specs and other speed-draining dreamed up by racing organizations like NASCAR. In XCar, you can pretty much put whatever engine you like in your car and set it up however you want, and the only thing that matters is where you finish at the end of the race.

It sounds appealing, but the truth is that XCar is a very mixed bag - and how much you get out of it depends mainly on what you're looking for in a racing game. If you're deadly serious about car setup, XCar will have you drooling. The array of customizing options is, well, mind-boggling: Settings for engines, gear ratios, suspension, fuel type and quantity, brakes, wings, and tires can all be fine-tuned to suit the type of course you'll be driving on, and unlike some games that offer such options you actually can feel the difference after making changes to, say, tire pressure or camber.

An especially nice touch is the inclusion of three test tracks - a skid pad to test traction, a handling course, and an oval to check out what sort of top end you can expect. For the seriously hard-core racing fan, there's also telemetry data you can consult to find out stuff such as how many lateral G's you pulled in a curve - a bit overwhelming for the average race fan, but its inclusion is admirable just the same.

The eleven tracks included in XCar provide a nice variety of challenges and locales, from the flat-out speed of ovals (Red Rock Speedway) to the numerous 90-degree turns of city driving (Seattle). There are 16 cars to choose from, but to be honest almost all of them look and drive the same; the only one that "felt" different was the Yokohama. Finally, a paint shop and tire editor (available at the XCar web site) round out the package.

So far, so good, but once you take one of these XCars out for a spin, things don't look quite as good - literally. While graphics for cars and buildings are good (if not great), the tracks are splotchy and pixelated, and trees and mountains are even worse. Effects like smoke are also sub-par, even in the 3Dfx version. You can usually spot most games with 3Dfx support a mile away, but one look at XCar tosses that stereotype out the window - except for the cars themselves, the game actually looks better without 3Dfx support.

Then there's the actual racing. I'll be the first to admit I'm not the world's greatest driver, but never have I finished last so often as in this game. No matter how much the cars were tweaked, the results were the same: I'd either get viciously bumped by an opponent and spin into a wall or the pack would simply blow by me like I was standing still, negotiating curves at speeds that would send my prototype over the wall (if that were possible - and it's not). I managed to improve control by switching to a wheel and fine-tuning the steering response, but it made only a marginal difference in my performance. And speaking of fine-tuning, it's nice that Bethesda put highly detailed information on the XCar web site about the complex choices on the car setup screen - but why didn't they include this stuff in the manual?

XCar claims to be realistic, but that claim loses some credibility when you consider only five of the eleven tracks are based on real-life courses. There's an option to set damage to "realistic," but all that means is that your car can take damage, not that you'll see it. I hit a guardrail head-on at 213 mph, and all that happened was a couple of pieces of the chassis flew into the air (the outside of the car looked the same, though) and my car bounced back a hundred yards. That's realism?

Admittedly, my problems with keeping up with the pack could have been the direct result of my lack of driving skills, but that doesn't excuse the mediocre graphics or belligerent AI of the computer drivers. If you're into the minutiae of car setup and physics, XCar has probably got enough going for it to keep you satisfied - but others should definitely try the demo before picking it up. 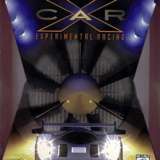 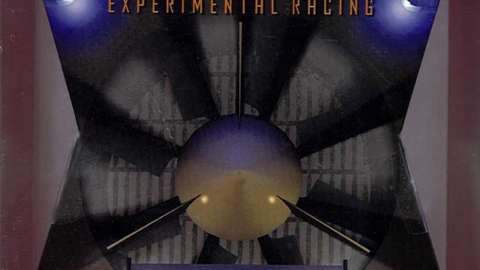 XCar is a very mixed bag.