These are classic games that belong on every computer gamer's shelf, no doubt about it.

X-Wing and TIE Fighter have such an elevated place in the hearts of so many gamers that they have passed beyond mere computer games and into the realm of legend. Other games are compared with them, usually unfavorably, and the gameplay is so strong that people still return to them despite their aging graphics.

LucasArts knows when it has a good thing and has packaged and rebundled these games incessantly, with add-on discs, deluxe editions, bundles, and so forth. In the latest repackaging, it has taken the complete X-Wing and TIE Fighter, with all missions and campaigns, and a limited version of X-Wing vs. TIE Fighter and bundled them in one package. Having them all together in one box helps reduce shelf space and gives new computer users who may have missed these classics a chance to try them, but the bundle feels curiously unfulfilling.

No special new missions or campaigns have been added for this release, and gameplay has only been very lightly tweaked by a few bug fixes. The major new appeal is complete hardware-acceleration support for X-Wing and TIE Fighter, which none of the previous bundles or upgrades offered. Support via Direct3D is stable and fairly effective. Essentially, both games have been retrofitted with the X-Wing vs. TIE Fighter engine. Smoothing and shading, some enhanced textures and modeling, and a few lighting effects generally make things look better but not outstanding. These are still old games, and even the X-Wing vs. TIE Fighter engine is looking a bit long in the tooth. No matter what hardware tricks Lucas uses, you can't escape the fact that space-combat games of the last six months (Wing Commander: Prophecy, Descent: Freespace, even X-COM: Interceptor) look much better. The cockpits and wraparound material have been enhanced but still look a bit dated and even cheesy at times.

The included version of X-Wing vs. TIE Fighter has 14 missions and nine spacecraft. You can play online with up to eight people, but only against other people who have this specific version and only via LAN or modem. Internet play is not supported. The game is also incompatible with the full version of X-Wing vs. TIE Fighter, and I found no disc-spawning option. The result is a glorified demo.

These are classic games that belong on every computer gamer's shelf, no doubt about it. The packages are completely Win95 native, easily installed, and easy on the hard drive. With about 250 total missions, it's hard to really complain at $29.95. (No rebates are offered for registered owners of any of the other games, and no download of the new hardware support is available.) If this bundle feels like more of the same with only very modest additions for fans, that doesn't undermine the essential value or the appeal of two-and-a-half landmark games. 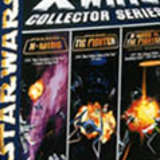 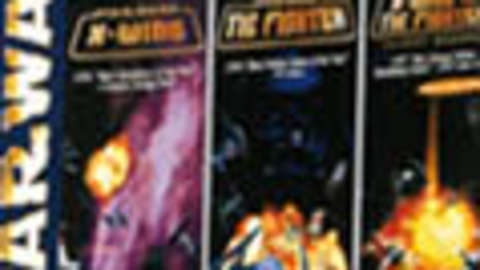 These are classic games that belong on every computer gamer's shelf, no doubt about it.