If it weren't for the overly touchy control and the game's overall lack of difficulty and length, X-Squad could have been a contender.

X-Squad takes the now-standard third-person action game concept, adds a touch of squad-based combat, some messy camera work, and controls that feel more like those of a first-person shooter. If it weren't for the overly touchy control and the game's overall lack of difficulty and length, X-Squad could have been a contender. Instead, it stands out as one of the first average PlayStation 2 games to hit US shores.

In X-Squad, you control Ash, leader of the X-Squad. After receiving a cryptic message concerning the mysterious Project Medusa, the squad heads into action, attempting to find out more about Medusa, as well as rescue the people who got too close to the project's sinister truth. Your mission manifests itself as a third-person shooter with FPS-style controls. The left stick of the Dual Shock 2 moves you around in all directions, while the right stick is used to aim. The control scheme works well, for the most part, but aiming really causes the camera to jerk around quite a bit, making it difficult to accurately draw a bead on anything. Fortunately, the game has a rather liberal lock-on system that makes aiming practically automatic. Another problem is the action button, which manipulates switches when necessary and causes your character to roll forward when you aren't near any interactive items. It's way too easy to run up to a switch and roll forward instead of hitting the switch, a timing mistake that can cause you quite a bit of shield energy or life if made in a hostile situation.

The gameplay is rather basic. You progress through each level, occasionally running into locked doors that are opened by hitting switches, which are usually nearby. Along the way, you'll encounter opposition in the form of enemy troops, automated guns, and end-of-level bosses. The troops are amazingly accurate, even on the easiest difficulty setting, making full frontal assaults a fairly large mistake in most situations. Instead, you're forced to inch forward, poking your head around corners to see if there are any guards in the vicinity. Once you've found some enemies, you can simply run out, bust off a few rounds, and strafe back to your hiding spot. Unfortunately, the rest of your squad doesn't seem to understand the tactic, and they'll occasionally just stand in the enemies' line of fire, shooting wildly until the enemy drops. You can assign different tactics to each member of your squad, but they don't have a major effect on the way the AI reacts to most situations.

Throughout the game, you're treated to quite a bit of voice acting, as the rest of your squad is constantly relaying useless information to you, and there are numerous scripted cutscenes that show your team drawing away enemy fire or getting into position for a small assault on a fortified enemy position. The voice work is, for the most part, laughable, and the characters' lips seem to be moving to the original Japanese soundtrack, making the cutscenes feel even more chintzy and out of place. Graphically, the game has a good look to it, but your characters look really, really shiny - almost as if they'd be more at home in one of 3DO's plastic-filled Army Men games. It's an odd effect. The reactions when you get hit are pretty nice, however. If your shield is taking the brunt of the attack, your whole body takes on a liquid metal-like effect while you're being hit. If your shields are down, getting hit reduces your health and causes a large amount of nice looking motion blur.

More levels and varied level design would have really worked wonders here. An additional mode (two-player cooperative, perhaps?) wouldn't have hurt, either. X-Squad is the sort of game that can be completed within an afternoon, and as such, is probably more suited for a rental than a purchase. 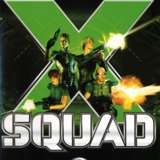 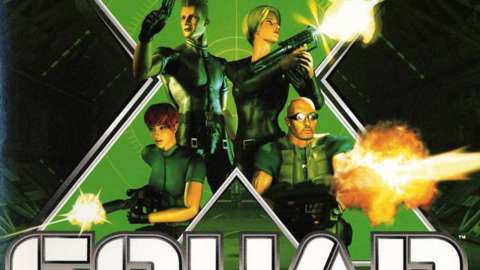 If it weren't for the overly touchy control and the game's overall lack of difficulty and length, X-Squad could have been a contender.