Discerning action aficionados require much more than the 13 brief levels of slashing, jumping, and supernatural healing that this game has to offer

If you're a fan of the Marvel Comics' character Wolverine and there happens to be a rental shop near your house that actually carries Game Boy Color games, you ought to give X-Men: Wolverine's Rage a try. However, if your needs fail to meet both of the aforementioned criteria, you're better off skipping Activision's latest Game Boy Color X-Men games.

Much like the previous X-Men: Mutant Wars, X-Men: Wolverine's Rage is a side-scrolling action game. In it, you control Logan (aka Wolverine), the most cantankerous of all the X-Men. His opponent for this adventure is Lady Deathstrike, a flying freak who intends to use her destabilizer ray to liquefy Logan's adamantium skeleton. With Logan out of the way, Deathstrike--along with fellow mutants Cyber and Sabretooth--can obliterate the X-Men at her leisure. What follows are 13 levels of running, jumping, slashing, jumping, and even more jumping.

Humor aside, there really is a lot of jumping required in Wolverine's Rage. For a character whose abilities include running, slashing, climbing, going berserk, and even regeneration, Activision has chosen to focus the majority of gameplay in this X-Men game on Logan's ability to leap. As such, navigating well-spaced chasms is part and parcel with the slashing of enemies and seeking out each exit to each level. It's not a bad design decision per se, but the lack of ingenuity does place unwanted focus on the game's other underlying flaws, namely linearity and repetition.

In a shameless example of cookie-cutter design, the majority of level exits in Wolverine's Rage is located in the upper-right of different stages, distanced only by a smattering of enemies and countless jump platforms. In contrast to X-Men: Mutant Wars, there are no alternate routes or level-based strategy elements either, two facets that greatly hinder this game's long-term appeal. Although there are caves and doorways scattered around certain areas, they're there only for decorative purposes. Backgrounds themselves are adequate and contain just enough animation for things such as waterfalls and neon signs to convey a sense of liveliness.

As in Mutant Wars, each area in Wolverine's Rage contains a stock set of three enemies, as well as a number of interactive background elements. While tracking down the plans to Deathstrike's machine, you'll encounter armed thugs in New York, samurai and ninja in Tokyo, werewolves and rabid dogs in the Savage Land, and a bevy of robotic androids in the game's final area: an underground laboratory. In all, there are roughly 15 total enemies to face, in addition to the three boss characters--two of which themselves repeat.

Repetition notwithstanding, the artistic style and fluidity of animation present in each of the game's character sprites somewhat compensates for the bland surroundings. A number of breakaway objects, such as trash cans and statues, further give Wolverine's Rage a semblance of realism. Digitized sound samples, such as the "snickety snick" of Wolverine's claws and his proclamations of "all right," don't hurt either.

A spotlight cast solely on Wolverine ensures a modicum of sales for X-Men: Wolverine's Rage. In fairness, stalwart fans of Logan's antics probably won't mind that Digital Eclipse and Activision have turned out such a simple game. However, discerning action aficionados require much more than the 13 brief levels of slashing, jumping, and supernatural healing that this game has to offer. 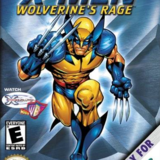 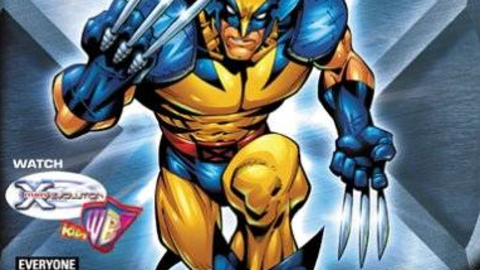 Discerning action aficionados require much more than the 13 brief levels of slashing, jumping, and supernatural healing that this game has to offer