There is no better looking 2D fighter on any console system.

X-Men vs. Street Fighter is yet another Capcom cookie-cutter fighting game. This time, Street Fighters team up with X-Men in a two-on-two tag-team battle of pure insanity. While the game's characters play somewhat like their previous incarnations, their special moves have been pumped way up. Ryu's fireball is now as tall as he is. The flames coming off of Ken's Dragon Punch are huge, and it goes about two screen lengths up. While this is a neat concept at first, the derivative moves and defensive gameplay really bring this one down in the end.

There is no better looking 2D fighter on any console system. Every frame of animation has been duplicated from the arcade, and the backgrounds all look very good. The characters move very well; even when standing still, they breathe and flex very realistically. From a graphical standpoint, it is absolutely arcade perfect.

The sound is also really good, unlike Capcom's previous fighter, Marvel Super Heroes. Gone are the tinny speech and sound effects from MSH. XMvSF's sound is all very crisp and clean sounding. The music is mostly remixes of existing Street Fighter tunes, which sound all right, but also stick out as yet other unoriginal facet of the game.

The gameplay is the game's main problem. Playing against the CPU is fun, albeit incredibly easy. Playing against a human opponent gets downright annoying, due to the game's many flaws that allow for far too much defense, resulting in a turtler's heaven. Once you've learned the game's basics, blocking and countering quickly become the order of the day. It's frustrating enough to make a guy start taking some of the Neo-Geo fighting games a little more seriously.

The new 4MB RAM cart is required and comes with the game. It really makes all the difference. This port is nearly perfect in every way. It is identical to the arcade version of the game and is without slowdown of any sort. Also, there is barely any loading time between fights. It's really a shame that something this cool didn't come out a year or so ago, as it could have helped save the Saturn from its spiraling demise. As it is now, it's still unknown whether or not this game (and thus, the RAM cart) will ever be released in the US, so you may just wish to skip the waiting and import the game now, especially since the RAM cart doesn't raise the price of the game. 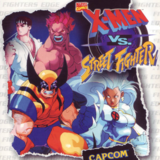 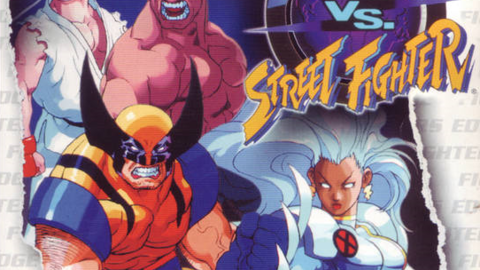 I like the Street Fighter series as much as the next guy, but this is taking it way too far.