It's derivative and occasionally buggy, but solid action and over-the-top gore make X-Men Origins: Wolverine a cut above other movie tie-ins.

X-Men Origins: Wolverine will give you new insight into how much damage indestructible, razor-sharp claws can do to a human body. This is a game that revels in gore, with decapitations, eviscerations, and mutilations drenching the screen in blood. It may be derivative, a cakewalk, and at times buggy, but the sheer visceral impact of the over-the-top violence in X-Men Origins is enough to make it a fun action game, as well as one of the better movie tie-ins released recently.

It helps that the violence in X-Men Origins: Wolverine is backed up by decent gameplay, and though it doesn't bring anything new to the third-person action genre, it's still solid and satisfying at most times. You play as the titular Marvel mutant, with the game's muddled storyline mimicking and expanding on events in the movie of the same name. Along the way, you take Wolverine through the jungles of Africa, the hidden Weapon X base at Alkali Lake, the interior (and exterior) of a massive casino, and more. You have to take on groups of increasingly aggressive and dangerous enemies, solve not-too-taxing environmental puzzles, as well as go up against several guest boss villains from the Marvel universe. Unfortunately, the game doesn't do a great job of introducing these nefarious individuals--such as the Blob and Gambit--and often throws them in with little explanation of why Wolverine needs to beat on them in the first place.

Your weapons of choice for dispatching these villains are Wolverine's claws, and even though the game's jumping timeline means that you'll be playing as both pre- and post-adamantium Logan, the claws retain their indestructible ability to slice through practically anything throughout the game. You have light and heavy attacks that you can string together to perform various combos, and also an extremely useful lunge that lets you launch Wolverine at enemies from a distance. These button-based combos are easy to pull off, and get gradually more intricate as you unlock more. As Wolverine gains levels, new combos open up, as well as four different fury attacks, which are supermoves that require you to build up your rage meter before unleashing. These four attacks can be upgraded as Wolverine gains experience, giving the game a very basic character-customization element.

Although spamming the same combos can prove useful early in the game, you won't be able to get away with mindless mashing for too long. The game does a good job of forcing you to change your tactics, sending at you a wide variety of enemy types that require different attacks and combos to dispatch. For example, though the lunge may work on low-level enemies, tougher foes and midlevel bosses will simply swat you out of the air. With a bit of practice, all of Wolverine's moves can be chained seamlessly, making you feel extremely powerful as the mutant unleashes his rage on groups of enemies.

Among the game's highlights are a number of particularly gruesome ways that you can dispatch your foes. Some are situational; throw enemies near any conveniently located floor or wall spike and you'll automatically impale them. Some are part of normal attacks, which can result in arms, legs, and heads flying in any direction. The best ones are Wolverine's various flashy finishing moves. The angry mutant can stab an opponent in the side of the head with one set of claws before decapitating them with the other; rip off someone's arm and beat him to death with it; literally tear someone in half; use the spinning blades of a helicopter to transform an enemy's head into bloody chunks; and much more. It's certainly the most blood-soaked superhero game in years, and one that younger Wolverine fans should avoid. However, adult fans of the character will probably find this a guilty pleasure, in turns laughing and wincing at the blood-soaked display in front of them.

Your enemies will try to give as good as they get, and Wolverine will have to face off against a good variety of human, mutant, and robotic foes. Most pack heavy firepower or super abilities, but Wolverine has his rapid healing to fall back on. His health bar will automatically refill after a few seconds of not taking damage. In fact, Wolverine's health recovers quite quickly, which makes the game fairly easy to breeze through on normal difficulty. It's rare to feel too threatened by the odds stacked up against you, and chances are that the only time you'll die in the game is when you fall off of a high ledge or into water. That's right: Wolverine can survive bullets, swords, flames, explosions, and lasers, but fall into one of the game's few predetermined no-go zones and it's instant death.

This is particularly jarring during the game's final boss fight, in which falling off means having to restart the battle from the last checkpoint. Wolverine's other boss fights are mostly anticlimactic, with some of the bosses even freezing up on occasion. In one instance, a boss character simply stopped moving, whereas in another it failed to reappear after being thrown offscreen. These occurrences were rare but quite annoying when they happened, and to its credit, the game does have two standout showdowns, the first with the Blob, and the second a fight with a gigantic Sentinel. But though the latter is a fun multistage battle that culminates in a spectacular finishing blow from the near-invincible mutant, it's probably not quite the epic face-off that fans of the X-Men series have been hoping for.

X-Men Origins: Wolverine is easy; you'll likely finish its five chapters in fewer than 10 hours. There's no multiplayer here, and most of the replay value is in finding hidden alternate costumes throughout the levels, as well as an unlockable hard difficulty. There are only a few extra costumes (such as Wolverine's classic brown spandex), but once unlocked, they can be used while you play through levels to replace the boring "faded jeans and white shirt" look that serves as Wolverine's default.

The game's environments--particularly its indoor ones--are plain-looking; the various corridors and laboratories lacking real distinctiveness. Characters fare a little better, sporting good animations if lacking a little in the detail and sharpness departments. The model of Wolverine himself is the standout and features an interesting structure that shows off real-time damage. Get hit, and the damaged areas will show the exposed muscle underneath. Keep on getting pummeled and you'll even see the character's skeletal structure exposed, to be gradually replaced by muscle and skin as Wolverine heals. This sounds better than it looks--most of the time, this real-time damage lacks clear definition, looking more like random red splotches on Wolverine's clothes than serious injuries. As for sound, the highlight again is Wolverine, with movie star Hugh Jackman lending his voice to the character. However, other environmental effects are inconsistent. Most of the time, the various slashing, gunshots, and explosions in the game sound appropriately meaty, but there are some occasions when onscreen actions seem to lack the accompanying sound altogether.

Although X-Men Origins: Wolverine does sport some clear technical deficiencies, it's never enough to fully distract you from what it is at its core: a solid if unspectacular game that, for once, takes those metal claws of Wolverine seriously. This is a game that's at its best when it's brutal, and though it lacks any real depth, it's fun while it lasts. 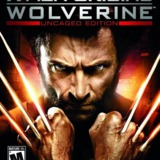