WWII Normandy ultimately fails in spite of its good concept, because it's one of the shortest shooters ever released.

As Allied troops stormed onto the beaches of Normandy in June of 1944, the entire world held its breath. Would Hitler's Wehrmacht be able to push back the invaders into the sea, or would the Allies break into the heart of France and free Europe after nearly three years of German occupation? WWII Normandy is a budget-priced first-person shooter that attempts to re-create the bloody battles fought by the 101st Airborne Division, which was dropped behind enemy lines near Utah Beach and given the assignments of clearing a breakout path for the landing forces and preventing enemy reinforcements from reaching the beachhead. Dense fog and the absence of markers for many of the drop zones led to a large portion of the division being killed or captured, but the survivors--though scattered and confused--eventually began to form small, improvised units and set about achieving their objectives. This is actually a pretty good premise for a single-player shooter, since many troops actually did find themselves alone behind enemy lines. But the game ultimately fails in spite of its concept, because WWII Normandy is one of the shortest shooters ever released: You can breeze through the entire game in about three hours at the standard difficulty setting.

It's true that the game would take longer to finish on the harder setting because the enemy's aim becomes impossibly good and because hits cause much more damage. But that doesn't change the fact that the levels in WWII Normandy are incredibly short--and it doesn't help that there are only 10 of them in the shipping version of the game (though the patch at ValuSoft's Web site does feature two bonus maps, which are considerably more challenging). Of further note, WWII Normandy includes no multiplayer component whatsoever.

Aside from not having the option of multiplayer, you'll never encounter any friendly troops in the game. Not living ones, anyway. The box copy claims that the game lets you take "your place alongside these men of valor," but the only friendly troops you'll find are already dead. The only place you can take "alongside" these guys is in a graveyard. The box copy also boasts of "historically accurate weapons" and "realistic damage," but in real life, it would probably take fewer than five or six slugs from a Colt .45 at close range to bring down a German soldier, like it does in the game.

It's not that realism is necessary in a shooter, but WWII Normandy falls short as a pure action game as well. The arsenal at your disposal is extremely limited: a machete, a pistol, a rifle, a machine gun, and a bazooka are all you get, and the only special items are grenades and land mines. Actually, the land mines provide one of the few interesting twists in the game, since you can take out four or five storm troopers at once if you manage to lure them near a land mine you've placed.

The enemy artificial intelligence in the game is flawed in several noticeable ways. Some Germans stand dumbstruck when you dash up to them and hack away with a machete, while others simply stand in the open and take bullet after bullet from your M1 rifle. On the other hand, some of the enemies actually seem pretty smart. Some will try to sneak around buildings and attack you from behind, and it's not uncommon to see a foe dive to the ground and start firing from the prone position. Too bad the grayish skin tone of the Germans makes them look like extras from Night of the Living Dead. And too bad that aside from their various uniform types, they're all essentially identical.

Perhaps it's not fair to hold a budget-priced game like WWII Normandy to the same standards as one that costs twice as much or more. But any shooter that even a relatively inexperienced player could tear through in a single sitting should qualify as a downloadable demo, not as a retail game. If you want to relive the Normandy invasion, take that $20 and use it toward the purchase of the Saving Private Ryan DVD. Besides, the film plays about as long as it'll take you to complete WWII Normandy. 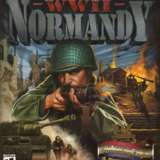 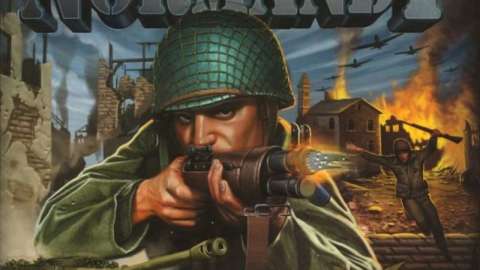 WWII Normandy ultimately fails in spite of its good concept, because it's one of the shortest shooters ever released.