It's a solidly designed card game that suitably incorporates aspects of wrestling and individual wrestler trademarks in a no-frills, easy-to-learn setting.

In WWF With Authority!, THQ has brought together two popular pastimes of young and old--specifically, collectible card gaming and sports entertainment, courtesy of the World Wrestling Federation--to create a PC strategy game that lets players build decks of tradable cards based around their favorite WWF superstars and use these to challenge opponents from around the world. Developed by Genetic Anomalies, the same team that pioneered online collectible card gaming in its sci-fi-themed game Chron X (and also responsible for last year's similar Star Trek-themed game, ConQuest Online), With Authority! is a solidly designed card game that suitably incorporates aspects of wrestling such as submissions, crowd-pleasing, disqualifications, and individual wrestler trademarks in a no-frills, easy-to-learn setting.

What makes WWF With Authority! different from a card game like Magic: The Gathering is that its cards are individually numbered and encrypted image files, rather than cardboard. There isn't much original art to speak of, save for a ring and a steel cage where the action takes place. Instead, With Authority! uses a huge assortment of photos and video clips to truly bring to life the excitement of pro wrestling. You start off with a superstar card--your character for the competition--and a deck of cards, which includes three categories: momentum, techniques, and specials. Momentum cards are the building blocks used to power up all your other moves, and each superstar has limits on which types he can play. For instance, Kurt Angle is known for his ring savvy and thus starts off with one free "knowledge" momentum; but since he's not a high-flyer type, he can't use a single "agility" momentum. In this way, each character has a defined library of moves available to him, which can include strikes like the European uppercut, strength moves like the power bomb, agility moves like the moonsault, or technical moves like a reverse DDT. To fully round out each character's repertoire and better simulate what can go on in the ring, special cards can be used for events like the interference of another wrestler, the use of steel folding chairs, or the distracting of the referee.

After setting up the game's rules, which include round time and deck size limits, one of the two players at random is chosen to begin the game in control. Much of the strategy behind winning With Authority! lies in maintaining control, as this lets you play your momentum cards and initiate techniques. After laying down a momentum card in your opening hand, a technique is initiated, and the starting player awaits his or her opponent's response, which can be either to pass or counter. You counter moves by using defensive cards, such as "duck" and "dodge," or through the proper countering technique. It can be quite demoralizing to counter Chris Benoit's crippler cross face with a punch or to stop your opponent's punishing suplex with your own Kurt Angle's Olympic slam.

Once the initiating player is out of moves or has a move countered, control shifts to the opponent. Submission moves rely upon location damage for their effectiveness, and repeated damage to an opponent's head, arm, back, or legs will eventually cause him to tap out. To maintain submission holds requires that a player ditch a card every turn, allowing the opponent to stockpile cards gained during the refresh step. At any point, a player is also allowed to auto-counter a move for the cost of seven ditched cards, as long as the technique being countered isn't a trademark or a finisher. To ensure that matches aren't repetitive and that players don't use the same good card over and over again, a "crowd support" card is given to the recipient of a three-move string of the same type, encouraging players to mix it up and use different types of techniques. Keeping the other player from accumulating crowd support is important, as these cards can be used to build momentum quickly or to auto-counter moves. Dictating the action the entire time are J.R. and Jerry Lawler, who fill you in on the pace of the match in their text messages.

Playing With Authority! is simple enough, and the game includes a very accessible tutorial and three different computer opponents against which to practice your strategies. Facing a human opponent is just as painless--you use the game's stat-ranking system as a way of picking your fights. Each player's wins, losses, draws, and unresolved matches are tracked and visible from the main lobby, so you can avoid matches with top-ranked experts early on or steer clear of pesky players who are inclined to disconnect from a match rather than lose.

Since there's a single library of techniques available to all the superstars, you might expect all matches in With Authority! to end up being relatively the same--but fortunately, that's definitely not the case. The superstars' limits on momentum and their special abilities may dictate which types of cards are available, but just about every character has many different viable strategies available to him. Some deck types are stronger than others, usually because of their use of the stronger rare cards or those that are most cost-efficient, but no single deck type seems to dominate ranked or unranked play.

WWF With Authority! is available as a free download to any player willing to give it a shot, unregistered players being allowed to play as often as they like with practice playbooks. The cost of registering a player is the price of a single superstar, which can be anywhere from $15 for a new, popular character like The Big Show or as little as $5 through the William Regal promotional CD distributed through game retailers. The price of the cards available in the game's self-contained online store is comparable to the decks and booster packs purchased for games like Wizards of the Coast's Magic: The Gathering, and trading of these cards through the chat rooms and on auction sites like eBay makes the acquisition of hard-to-find cards for deck-building relatively painless.

An online game like With Authority! can be only as good as the support it receives after release, and so far, Genetic Anomalies has done a fine job at updating and producing new content for the game. There are currently a wide variety of superstars available, including The Rock, Stone Cold Steve Austin, Kane, The Undertaker, Tazz, Chris Benoit, Chris Jericho, X-Pac, Triple H, and quite a few more. Each superstar plays his own distinctive entrance video upon entering the ring, and you can see his special moves on videos on the respective finisher cards. Recent additions like The Big Show, part of its first expansion set, show that Genetic Anomalies plans to make With Authority! a constantly expanding card game, which so far is keeping the early adopters happy. Genetic Anomalies also holds frequent tournaments for title belts in the lobby, encouraging players to visit often in the hopes of winning one of these competitions, where promotional cards are often given to winners and participants.

While With Authority! isn't the flashiest game around, it does have a number of strong points. It's stable, it has clearly been thoroughly tested and balanced, it's constantly expanding, and it's simply fun to play. If they can get past the simple presentation, fans of pro wrestling and card gaming alike should enjoy what With Authority! has to offer. 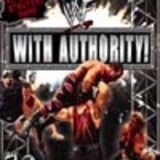