If graphics and gameplay modes are all you care about, the N64 version is the way to go.

Professional wrestling is huge. People who cut their teeth on the Rock and Wrestling era of the WWF are returning in droves, and the industry is doing better than it ever has before. Games based on wrestling have progressed through the years, and while WWF War Zone plays similarly to its predecessors, it presents a package that is completely unmatched in both gameplay and in atmosphere. The result is a game that easily qualifies as the best wrestling game on the N64.

Most of the WWF's biggest stars are represented, including Steve Austin, the Undertaker, Kane, Mankind, the Rock, Triple H, and Ken Shamrock. Since the beginning of the game's development, Bret Hart, Ahmed Johnson, and the British Bulldog have left the WWF, but they remain in the game. Hidden wrestlers are also in the game, in the form of Mankind's other personalities, Dude Love and Cactus Jack. There is a fairly extensive create-a-wrestler option, but you're limited to picking entire move sets, instead of picking each move.

There are several different modes in War Zone. The challenge mode is the game's main mode, putting your wrestler in a quest to win the championship belt. Along the way you'll be challenged to grudge matches by the wrestlers you've wronged during your career. These grudge matches come in the form of two of the game's other modes. Weapons matches are falls-anywhere, no-rules kinds of matches, where smacking your opponent with a two-by-four and suplexing him onto a table are the order of the day. The cage match forces you to beat your opponent, then climb out of the cage while he's too dazed to do anything about it. Once you've won the belt in challenge mode, the game continues with you defending the belt against various challengers. Gauntlet mode pits you against multiple wrestlers, one at a time, much like a fighting game survival mode. The Royal Rumble is a lot like the real thing, where you must throw your opponents over the top rope to eliminate them, and more wrestlers come to take their place, but the maximum number of men in the ring is four instead of the real Rumble's 30. There is also a really good tag-team mode that contains most of the four-man action from the real thing. Multiplayer modes include a free-for-all, cooperative cage matches, and tornado mode. There is also a training mode, but it isn't as useful as the manual would have you believe.

War Zone plays, essentially, like every other wrestling game out there. But the control has been refined to a point of perfection, and a complicated tie-up system keeps people from doing cheap, low-damage moves over and over again. The game controls very tightly, and while you will do some button mashing to add damage to your holds, as well as break your opponent's holds and pins, it is kept to a minimum. It's good to see wrestling games move away from the button-mashing style that has plagued them (and the controllers that played them) for years. Speaking of the controller, the N64 controller really wasn't cut out for this kind of action. You're forced to use all of the C buttons, and the analog stick really isn't worth using. The digital pad, however, does the job.

The graphics in War Zone are really, really good. Some of the characters (the Undertaker, for instance) look eerily like their real-life counterparts, although a few of the other characters' faces (Triple H) look a little weird. The sound effects are really good - all the grunts and screams were recorded by the real wrestlers. The game features wrestlers' entrance music, but the N64's pitiful MIDI rendering of the tracks is very, very weak. The two-man announce team of Vince McMahon and Jim Ross is good, but the cartridge's lack of storage space limits the number of phrases when compared to the PlayStation version. However, there is still a good amount of varience in the commentary.

WWF War Zone is long on gameplay but really lacks on the atmosphere side. While the wrestlers taunt during matches, their personalities never really come across. While it may have two modes that the PlayStation version doesn't have, the PlayStation has more style to it and puts on a better show than the N64 version, even with its slightly pixelated (though still great) graphics. Still, if graphics and gameplay modes are all you care about, the N64 version is the way to go. 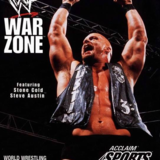 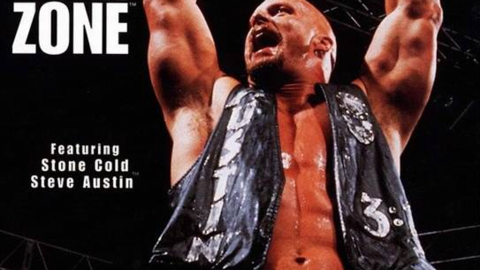 While WWF War Zone plays similarly to its predecessors, it presents a package that is completely unmatched in both gameplay and in atmosphere.