If you're still drooling over Wrestlemania 2000, then the roster updates, graphical refinements, bonus secrets, and new modes found in WWF No Mercy should be more than enough to keep you going for another year.

Hot on the heels of last year's WWF Wrestlemania 2000, THQ's latest effort, WWF No Mercy, seeks to be this year's game of choice for pro wrestling fans. While No Mercy will seem immensely familiar to fans of WWF Wrestlemania 2000, THQ has added quite a bit to the fray in order to provide a pleasant experience to seasoned veterans. At the outset, exhibition, royal rumble, pay-per-view, king of the ring, guest referee, iron man, ladder match, championship, and survival modes are available. Each of these modes allows you to pick from a stock of 52 wrestlers, eight arenas, and a multitude of official and unofficial rules. Should you progress up the championship ladder, you can earn bonus dollars to spend in the game's SmackDown Mall, bringing the total number of wrestlers and arenas to 60 and 10, respectively.

The SmackDown Mall is perhaps the coolest addition to WWF No Mercy, in that it not only allows you to create and edit wrestlers, but it also lets you purchase a variety of secret items. Unlike past games that gave you a hidden item for winning a belt, WWF No Mercy lets you choose exactly what goodies to unlock and when to unlock them. Additional costumes, moves, arenas, weapons, props, and wrestlers are for sale in the SmackDown Mall - all of which may be utilized in any of the game's modes. If this isn't enough, the in-depth create-a-wrestler mode is sure to please. Physically, you can alter a wrestler's gender, facial features, body type, costume, moves, and even his or her fighting style. On the glitz and glamour end of things, ring introductions, background music, TitanTron graphics, and allies/rivals are all fair game for adjustment. Looks, moves, finishers, and celebrations - it's all up to you. The game leaves room for 18 customized wrestlers, which should be plenty for those looking to add recent additions to the WWF lineup to the game's stable.

On the gameplay end of things, punches, kicks, and basic attacks are the same for everyone - exactly as they were in last year's Wrestlemania 2000. Tap A to grapple and B to strike. Combine them with a direction, and watch as every wrestler executes the same stale punch, kick, arm bar, or takedown. The C buttons control your wrestler's basic focus, ring position, and running, while the digital D-pad executes general body movement. Need to yank a wrestler up to a seated or standing position for a special move? Hit the R button. Prefer the pin instead? Get close and tap the L button. While the general move timing remains the same, WWF No Mercy does have one noticeable change from last year's release - easier counters. Shake the analog stick or tap the appropriate button a few times, and you can escape from your opponent's hold. Exhaustion is still a factor in how easily you can escape, but the level of button mashing and frustration is much less than in Wrestlemania 2000.

Although basic attacks and counters form a solid base, WWF No Mercy's true bread and butter lies in its grapples, throws, and signature moves. All of the game's 65 wrestlers possess the same moves and flash as their real-world counterparts. From The Rock's Rock Bottom to Faarooq's Dominator, the gang's all here. Executing these and other moves is as simple as tapping A to grapple and then performing a short directional pad and button combination. If your wrestler's onscreen attitude meter is full, you can execute a super-finishing move, usually with the analog stick or an A and B button chord. For the most part, the move selection is the same as that of last year's release, although new additions such as the continuous powerbomb add a little extra variety. Thankfully, the one-second delay between move input and execution that plagued Wrestlemania 2000 is missing, giving WWF No Mercy an additional level of control and realism.

Since No Mercy plays roughly the same as Wrestlemania 2000, it should come as no surprise that it also looks pretty much the same. WWF Wrestlemania 2000 did a wonderful job of topping out the capabilities of the Nintendo 64's graphical hardware, but it brought with it a plethora of frame rate issues. In turn, WWF No Mercy takes last year's looks and attempts to fix these shortcomings. THQ has revamped each wrestler's prematch introduction, eliminating some of the pixelation present in the still-image collages and the video snippets while maintaining the same level of pyrotechnic flair and attitude for the runway walk. Walking the walk and talking the talk in a bath of explosions, your wrestler saunters from runway to ringside with all of the scripted charisma of his or her real-life counterpart. The character models are less blocky this time around, and unlike last year's game, the facial textures aren't simply pasted-on renditions of your favorite wrestlers' glamour shots. There's still some slowdown present when four characters are onscreen at once, but with three or less combatants, WWF No Mercy flows like a well-oiled machine of pugilistic might. Regardless of whether it's Steve Austin's Stone Cold Stunner or Triple H's Pedigree, each of the game's 100-plus moves leaps out with a simple button press or combination. Most impressive of all, there's absolutely no slowdown or polygon dropout present during cage matches - quite the change from last year's release. The repetitious crowd and bland ring visuals show that THQ still has a little way to go before it brings its series' graphics up to the level of Acclaim's WWF Attitude, but from the standpoint of character models and animation, the company has hit the nail on the head.

Speaking of nailing - last year's WWF Wrestlemania 2000 sounded like a ball peen hammer striking one's forehead. Although nowhere near perfect, WWF No Mercy sounds light years better. The digitized intro music has been cleaned up and the audio samples have been lengthened, such that you actually get the impression that THQ took them from actual televised wrestler introductions. No more garbled chagrin and marble mouth - yay! The menu and in-game music are made up of MIDI renditions of popular WWF themes, and while hearing the same drum loop or "diggety-dog" speech sample repeated in the menu music gets old after awhile, the overall quality of the soundtrack is a marked improvement. There's still no in-game speech or commentary, however, so the brunt of the game's audio might stems from the game's body and mat sounds - the same collection of tinny punches, kicks, slaps, and mat crashes that THQ has been using since WCW vs. NWO: World Tour. There isn't anything inherently poor about the game's sound, but since a takedown sounds just like a triple powerbomb, there's nothing inherently spectacular either.

As usual, the best way to consider WWF No Mercy is to look at it like a serialized sports game. Each year, THQ takes the current WWF roster, wraps it in a bevy of features, and remedies some of the problems of the previous release. On the upside, if you've never played any of THQ's wrestling titles, WWF No Mercy is a game you should have loads of fun with - especially with your friends. However, if you've stuck with THQ through its early WCW games and WWF Wrestlemania 2000, No Mercy may not be fresh enough to hold your attention. Of course, that depends on just how fanatical you are about professional wrestling and wrestling video games. If you're still drooling over Wrestlemania 2000, then the roster updates, graphical refinements, bonus secrets, and new modes found in WWF No Mercy should be more than enough to keep you going for another year. 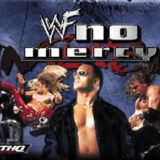 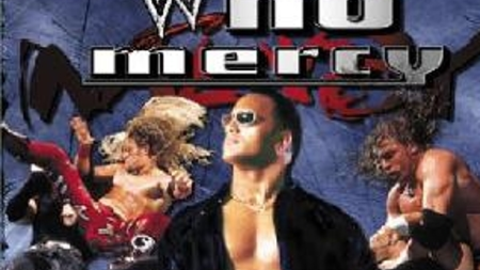 If you're still drooling over Wrestlemania 2000, then the roster updates, graphical refinements, bonus secrets, and new modes found in WWF No Mercy should be more than enough to keep you going for another year.