WWF In Your House Review

WWF In Your House is a dated effort barely worthy of the 32-bit age.

Ten top name pro wrestlers butt heads in Acclaim's In Your House. These include the British Bulldog, Goldust, Bret Hart, Undertaker, and Ultimate Warrior. Each has his own particular ring setting, from the Undertaker's gloomy surroundings (complete with a spider web floor mat and skull turnbuckles), to Ultimate Warrior's outdoor Western locale.

The fighting action is solid. In addition to the standard backbreakers, suplexes, and clotheslines, each wrestler has his own special moves and attacks - nothing you're likely to find on Saturday morning TV. These brawlers mutate into animals, pull weapons out of thin air, and throw lightning. Wrestlers can utilize multiple-hit combos fueled by WWF power-up icons that randomly appear in the ring. In short, there is plenty of superhuman fighting action, including the familiar send-the-opponent-to-the-ceiling uppercut. Unfortunately, much of the play seems a little too familiar - the debt owed to Mortal Kombat and Killer Instinct is an obvious one. The characters are all digitized sprites of the actual wrestlers. They move, fall, and jump exactly like the MK combatants.

While the game plays well enough, it lacks variety. Available play modes consist of a WWF Season, an Intercontinental Championship, and a WWF Championship, and vary only in number of opponents. Players will find no steel cage matches, no battle royales, no tag team option, and no chairs to smash over the opponent's head. After a few rounds they'll feel as though there's nothing left to experience.

Imagine Mortal Kombat's Liu Kang and the gang replaced by professional wrestlers and you'll know what to expect from Acclaim's WWF In Your House for the Playstation. While that's not necessarily a bad thing, it is further proof that WWF In Your House is a dated effort barely worthy of the 32-bit age. 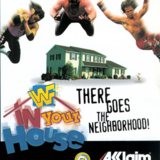 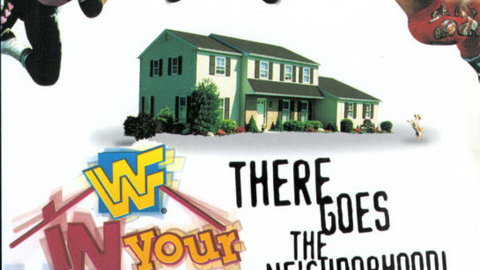 WWF In Your House

If you're looking for a serious wrestling game, this isn't it.