The most obvious improvement to the game is the roster, which has been updated with the times to reflect the ever-changing faces of the World Wrestling Federation.

The Nintendo 64 version of WWF War Zone differed a bit from its PlayStation counterpart. The sound wasn't nearly as good, but it contained one extra mode that the PlayStation couldn't handle. This time around, the games are virtually identical from a features standpoint. And the N64 version has the same music and speech as the PlayStation version. But the improved graphics definitely put this one over the top when you put the two versions side-by-side. Is this year's WWF game from Acclaim different enough from last year's? In the end, it all depends on how you look at the game.

The most obvious improvement to the game is the roster, which has been updated with the times to reflect the ever-changing faces of the World Wrestling Federation. That's not to say that the rosters are current, though. Much like War Zone, and well, most other licensed wrestling games, a few wrestlers have changed gimmicks since the game's development began. Of course, with development cycles as long as they are these days, you really can't fault Acclaim for this one bit. So the Headbangers are still in the game, as is Sable, and Triple H enters the ring to the original D-Generation X music, complete with X-shaped fireworks.

Speaking of ring entrances, they've come a long, long way since War Zone. Now you get to see the full ring intro from the game engine's perspective, complete with the real, digitized music, from Steve Austin's slow swagger to the ring to Ken Shamrock punching himself in the head. Once the wrestlers have all made it to the ring, they'll each bust off a little non sequitur before the match starts, like "DTA! Don't trust anyone!" or Kane mumbling something through his little voice-box thing. It would have been nice to see some end-of-match taunts, similar to the beginning-of-match speech, but instead the winning wrestler stands in the middle of the ring and lamely goes through his taunt animation over and over again. It would have been even nicer to see a few short FMV clips in the game, or at least audio clips of the wrestlers talking trash about each other to various announcers. A rendered announce table at ringside to facilitate a little prematch commentary also would have added another level of depth to the game's already thick atmosphere. But enough about all this extra atmosphere stuff. As much as an installment of Raw has very little to do with actual wrestling and more to do with storylines and atmosphere, the game still needs to deliver in the gameplay department. Attitude plays extremely well, but it also plays nearly identically to War Zone. The most significant change to the gameplay is the addition of a more robust set of reversals. In War Zone, most people stayed away from the tie-up position, instead raining on an opponent's parade with tons of moves from the ready position. But Attitude's got more reversals for moves that come from the ready position, so varied attacks are more important than ever. Regardless of that, however, the game remains largely the same, so those of you who didn't like the War Zone rock-paper-scissors-style tie-up system will still be out in the cold. The tie-up system is a great idea, and it keeps you honest by preventing you from doing the same move over and over again, but too frequently you'll be trying to do a move from the ready position as your opponent grapples you. You'll still be hitting the button for your ready move just as the grapple takes effect, and the result is a match filled with arm bars and other weak moves. Also, even though lots of wrestling games feature tag team or other multiplayer matches, no one seems to have come up with a good way to control all that action. The result in Attitude is a button that cycles though and determines which wrestler you're facing for attacks, blocks, and even tags. Since there's no easy onscreen indication of which wrestler you're actually facing, it's very easy to get confused in fast multiplayer matches, resulting in you hopping out of the ring instead of tagging, blocking in the wrong direction, or just kind of spinning around in circles like a moron.

There are also a whole lot of modes in the game, most of which are slight variations on the same type of match. You can throw down in standard versus matches, two-on-one fights, three-on-one matches, tornado bouts, and tag team contests, among others. There are also modes based on some of the WWF's more famous Pay-Per-View matches, like the Royal Rumble and the Survivor Series. The Rumble pits you against 29 other wrestlers in an over-the-top-rope brawl. In the real thing, a new wrestler hits the ring at a set interval, though here the number of simultaneous wrestlers never gets higher than four. There's some occasional slowdown in the Royal Rumble as new wrestlers are loaded on the fly without stopping the action, but it's very minor and doesn't get in the way of the game at all. Add to that various match conditions, like hard-core matches, I quit matches, or first blood, and you have enough options to keep you creating your own pay-per-views for months. The mode that wraps up the rest of the gameplay is the career mode. Here you pick a wrestler and start out at the bottom of the ranks. Each match is tied to a calendar, which depicts all sorts of various WWF events. You'll start out wrestling at house shows and perhaps at a Heat show in your quest for the European belt. As you move up the ranks, you'll have to compete in all sorts of different matches, including tag team bouts. Eventually (well, unless you keep losing), you end up being the best thing since Rock N' Wrestling, merchandise sales go through the roof, and kids are shouting your catch phrase while delivering elbow drops from the tops of playground equipment around the world.

But wait! There's more! The create-a-wrestler mode is back in a big way, with a lot more options than last year's model. My personal favorite is the ability to put text on various parts of your grappler's body, enabling you to fill his shirt full of all sorts of rude words that even Steve Austin wouldn't have the guts to utter on Pay-Per-View. Call it a guilty pleasure, I guess. Aside from the curse fest, you can also select your wrestler's move set, right down to the taunts. Want to be able to pull off the X-Factor and the Stone Cold Stunner? It's all up to you. There's also a ton of clothing and accessories, including casts and bandages, so you can pretend your superstar got all jacked up by some corporate thugs and stuff. While the game was originally slated to ship with 15 or so no-name jobbers for you to slap around in the early portions of the career mode, they've been scrapped. But their taunts and other speech lives on in the create-a-wrestler mode. While not quite as deep as the options available in a game like Fire Prowrestling G, there are still enough options here to make reasonable versions of your favorite wrestlers that aren't on the roster. Personally, I'm trying to add Chris Jericho to the game, but I haven't quite found the right clothing. The graphics in Attitude have advanced quite nicely past War Zone's appearance. However, there are still a few clipping issues, but not enough to really matter. The motion-captured animation looks pretty nice, though it's still a little jerky at times. The game does have blood, if you enable it on the options screen, but the wrestlers bleed too easily and too heavily, and the result just looks a little silly. The sound is also what you'd expect, featuring real grunts and yelps from the actual wrestlers and two-man commentary from Jerry "The King" Lawler and Shane McMahon. There's also a language setting that lets you enable certain phrases from both the commentators and the wrestlers alike. The commentary is always a little bit behind the action, and it doesn't get very specific at all. Gone are specific references to finishing moves. Instead you get a bland, generic commentary about the general pace of the match, with occasional specific comments about pins and leaving the ring. Still, the commentary, as well as the rest of the sound, is on par with the PlayStation version, no small feat for the N64's cart-based storage.

Perhaps the best way to view WWF Attitude is to look at it like a sports game. Every year, various companies pump out slightly upgraded versions of the same sports game with new rosters, a handful of new modes, and retouched graphics - and people really don't seem to mind one bit. Attitude succeeds because War Zone was an excellent wrestling game. But if you're fed up with War Zone, Attitude won't be the revolutionary new product you're after. It is, however, an extremely solid wrestling game that captures a lot of the atmosphere of the weekly circus that is the World Wrestling Federation, and Attitude packs a punch in the gameplay department, as well, and as a result, belongs in any wrestling fan's collection. 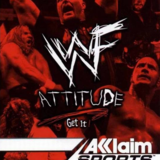 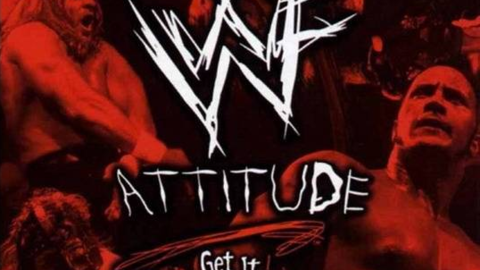 It's better than the wrestling games to come before it, but WWF Attitude still doesn't quite get the job done.