WWE 2K20 feels like a transitional entry in 2K's pro wrestling series. With longtime developer Yukes splitting from 2K in August this year, Visual Concepts took over sole development of the series after the two developers previously worked on the games together. The end result is a buggy mess of a game that takes several Big Show-sized steps backwards from its predecessor. It doesn't just lower the bar, it breaks it.

The problems begin with the sheer abundance of bugs and glitches found in almost every match and menu screen in 2K20--it borders on the absurd. I've seen superstars teleport across the ring and float in midair. Oftentimes objects will violently vibrate on the spot or sink into the floor. Characters have a tendency to get trapped inside the ropes, whereby their bodies will stretch and contort in ways the human body isn't supposed to. Sometimes wrestlers are invisible in cutscenes or duplicated in matches. Other times they'll completely stop moving, forcing you to restart the match over again. If you put a custom logo on your created wrestler, the game will crash whenever you try to start the MyCareer mode--this is something I frequently experienced and also has been widely reported as an issue. It will also crash if you try to create an arena, or during loading screens for no reason at all. Commentary will suddenly become fixated on talking about attacks to the core, even if you're hitting your opponent in the head, while every online match begins with around a minute of lag that's so bad the in-ring action resembles a slideshow.

Not all of these issues are entirely new considering the series has been riddled with glitches for a number of years now. But their pervasiveness is much more frequent in 2K20, with some kind of bug appearing in near enough every match if you're unlucky enough. Obviously, your mileage will vary when it comes to technical issues like this, but with the plethora of glitches lurking in every nook and cranny of 2K20, it's a matter of when you'll be afflicted and not if. Some of these glitches are hilarious, there's no denying that, but it doesn't take long before they lose their charm--even if they do add a goofy element of entertainment to matches that are painfully dull otherwise.

This is because the actual wrestling in 2K20 is significantly worse than it has been in previous years. The only new addition to gameplay is a reworking of the controls that makes it slightly less cumbersome to perform certain actions. Beyond this, the in-ring action is still overly-reliant on a binary reversal system and plodding combat. It's an acquired taste, for sure, and it's been solid enough in the past, but 2K20 undoes all of that goodwill by removing any semblance of the series' previous competence. Targeting and hitboxes are frequently terrible, resulting in numerous whiffs between both yourself and the AI, particularly when weapons are involved. The controls are unresponsive a lot of the time, and sometimes the reversal prompt will just refuse to appear. The AI will also occasionally forget it's in a wrestling match and stand still for 10 seconds at a time, or it will continuously run into things and wind up jogging on the spot until you bother to interrupt it. Some of the animations look good, but they're mostly stitched together with missing frames that just make everything feel slightly off. There's no real flow to the combat either, or any sense of hair-raising momentum. Matches are lifeless affairs that lack any sort of excitement, falling into the category of being either mind-numbingly boring or incredibly frustrating.

In terms of game modes, this year's MyCareer puts you in the laced-up wrestling boots of platonic best friends Tre and Red. The story begins with the pair reminiscing about their wrestling careers before they're inducted into the WWE Hall of Fame, charting a course from high school to the main event of WrestleMania 2029 as they try to complete a literal to-do list of WWE dreams. The writing in MyCareer falls into a lot of the same pitfalls as modern WWE shows, presenting smug, unlikeable babyfaces that continually make poor decisions and lack any sort of depth or character development. Red is the angry hothead with lines like "I'm going to give your grandmother bed sores!", while Tre is an idiot who turns everything he says into a painful joke. Wrestling is inherently corny, but the writing in 2K20 is often insufferable, and its protagonists are impossible to care about.

The writing in MyCareer falls into a lot of the same pitfalls as modern WWE, presenting smug, unlikeable babyfaces that continually make poor decisions and lack any sort of depth or character development

MyCareer is at its best when you're interacting with current WWE superstars. Samoa Joe turns in an excellent performance as one of Tre's main rivals, and there's a delightful scene with Broken Matt Hardy when you're on a journey into the underworld to find the Undertaker. While the characters we see on TV each week are confined to the realms of reality, the writers on 2K20 are able to indulge in otherworldly fantasy elements and play around with the WWE's more eccentric personas. These moments are few and far between, though, and it takes far too long before you eventually reach the WWE. The first few hours of MyCareer are spent fighting on the indies in meaningless matches where the focus is entirely on Tre and Red and the inconsequential secrets they're hiding from each other, while the final act centers on Red's boring rivalry with her old school bully. The story's overlong and just drags for the vast majority of its runtime, making it a chore to play through.

Character progression is another sticking point in MyCareer, both in regards to customizing your characters and leveling them up. Almost every item included in 2K20's substantial creation suite--including hairstyles, attires, moves, taunts, and so on--is locked. The only way to gain access to all of this content is by praying to the RNG gods that you get what you want in loot boxes, or by buying each item outright for a considerable portion of your in-game currency. Thankfully, there's no real money involved, but structuring unlocks in this way is still a needless hassle that arbitrarily restricts your ability to create the kind of character you want to create--which is only exacerbated now that you have two characters to customize.

Leveling up each character isn't much better, either. At the outset you're asked to choose from a number of wrestling archetypes, such as luchador and technician, before gaining access to a mammoth skill tree. The problem with this is that the vast majority of said skill tree is hidden until you unlock an adjacent hex, making it impossible to plan out your character's build beyond the next few upgrades. Admittedly, this would be more annoying if improving your characters wasn't as unsatisfying as it is. The attributes you unlock provide such minuscule increases in your skills that they're almost imperceptible once you're out in the ring, to the point where I would go hours without bothering to level anyone up.

The other significant mode in 2K20 is Showcase Mode, which focuses on the Four Horsewomen of the WWE: Becky Lynch, Sasha Banks, Charlotte Flair, and Bayley. It explores how the four superstars ushered in WWE's women's revolution, focusing on the most important matches of their careers thus far, from the tremendous fatal-fourway between the four competitors at NXT Takeover: Rival, Sasha, and Bayley's redefining match at NXT Takeover: Brooklyn, and culminating with the main event of this year's WrestleMania between Becky, Charlotte, and Ronda Rousey. The video packages before each match are enjoyable if you have a fondness for these characters and those early days of NXT, even if the video quality is abysmal. But the matches themselves run into the same problems as the Showcase Modes of the past. During each match you're tasked with completing myriad objectives in order to recreate what actually happened to a certain degree. This results in some matches lasting upwards of half an hour, and with no mid-mission checkpoints, losing a match either because you were pinned, the AI was pinned, or because one of the glitches caused the game to break, is incredibly disheartening.

WWE 2K's annual release schedule has felt superfluous for a number of years now. This has never been more apparent than with WWE 2K20, a game that's not only riddled with frequent technical issues, but one that's notably worse than its predecessor in almost every area--whether it's the dull and unenjoyable combat, the fact half the roster look like terrifying goblin facsimiles of themselves, or MyCareer's obnoxious and tedious story. This is the moment the WWE 2K series hit Rock Bottom.

View Comments (62)
Back To Top
2
Terrible
About GameSpot Reviews

Richard played WWE 2K20 for around 30 hours and is really hoping any potential AEW game is actually good. Code was provided by the publisher. 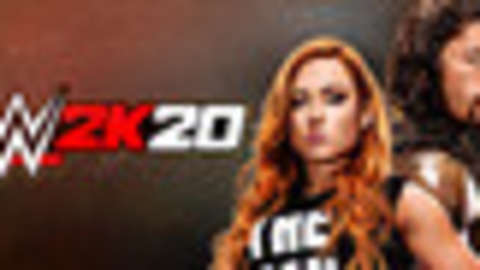