Gorilla press to my heart.

Who's the greatest showman of the 20th century? Michael Jackson? Harry Houdini? Or maybe you're partial to Ted Danson. These are all fine choices, if you like going the obvious route. How about someone who transformed the flashy fisticuffs of professional wrestling into an art form? Enter Randy Savage. No one else could have made sequined robes seem like the perfect attire for a burly man. And it's not like my high opinion of Savage is because of my hazy memory. His gruff, stilted speech and deliberate mannerisms enthrall me just as much today as they did so many years ago. The Macho Man was a theatrical genius, and the embodiment of everything that makes professional wrestling so compelling.

When the wrestlers of my youth faded into the sunset, so too did my interest in the WWE. But the nostalgic flame of yesteryear still burns inside me. All of those old feelings were rekindled in WWE 2K14. There's a mode called 30 Years of WrestleMania that focuses on the history of wrestling's Super Bowl. I got a warm glow in my chest when I replayed some of these classic matches. Remember when The Ultimate Warrior and Hulk Hogan exchanged clotheslines in the center of the ring? Oh, how thrilling it was to see these two titans go toe-to-toe to settle whatever feud they had. By the end of the fight, Warrior's face paint had chipped away, and we could finally see what the real man looked like. And then there was the time Andre the Giant callously tossed hundred-dollar bills after triumphing over Big John Studd. Such a blatant and hilarious disregard for money!

WWE 2K14's celebration of its prestigious history is very well done. We expect entrance themes and costumes to be ripped from the archives, but the game goes even further than that. By completing historical objectives within each match, brief cutscenes are cued up that mirror what happened in real life so many years ago. Have Hulk initiate a grapple outside of the ring against Andre the Giant, and watch the galoot from Grenoble headbutt the ring post just as Hogan ducks away. These scenarios are so expertly crafted that they drew me in completely to the main event. And even when I had never seen the match in the first place, I was still roped in to the drama because of how well it's presented.

By the end of the fight, Warrior's face paint had chipped away, and we could finally see what the real man looked like.

Before I realized that wrestling was scripted, I would recoil when one of my heroes would take a chair to his back or have his head forcibly slammed into the ground. But even once I knew their tricks, I would still wince. My emotions would overwhelm my senses, and I would think how much it would hurt to be thrown to and fro. Have you ever slammed your elbow into a ring after missing a flying leap off the top rope? It must be at least a little painful. WWE 2K14 communicates the dramatic punishment of professional wrestling. Most hits have serious impact, so much so that you wonder how someone could possibly survive some of these moves. Thunderous sound effects and elaborate wind-up animations make you grimace despite yourself.

If only strikes carried as much weight as other moves. When WWE 2K14's wrestlers mimic bar-room brawlers by throwing haymakers, the game's relationship to reality crumbles away. The wrestlers punch and kick so quickly that there's no weight behind them. And considering how often you perform these moves, there's an odd separation that makes matches feel imbalanced. Furthermore, the core action is so reliant on counterattacks that it's closer to a sequence of quick-time events than a body slam ballet. Instead of rewarding positioning or smart tactics, victory goes to the wrestler who taps a button first. This strips away much of the appeal of competitive matches because the same tactics can be used to win, no matter who you are or who you play against. After participating in one clunky, awkward match after another, I longed for the fluid choreography of the real thing. Absent WrestleMania's finest moments, the matches are dry affairs that do little to spark the imagination.

Such issues cut even deeper when more than two men enter the ring. The utter chaos of multi-man bouts never comes close to being captured in WWE 2K14. What should be satisfyingly crazy turns into a series of clunky one-on-one battles with no one quite sure what's expected of him. Really, all of the non-traditional fights lack the excitement that should exist when rules are shaken up. Escaping a steel cage, for instance, requires you to tap a button at the optimal position to go faster. Cramming your main objective into a simple minigames is oddly disconnected from the core action. And if you should climb to the top of a Hell in a Cell cage, don't expect to be able to recreate the infamous match between Mick Folley and The Undertaker. You can neither toss your opponent off nor fall through the cage, and the awkward animations preventing such disasters look hopelessly cartoonish. Stick to traditional fights in WWE 2K14 unless you want to see just how limited the combat is.

If you ever wanted to be Vince McMahon (minus the ridiculous walk), Universe mode lets you tinker with the behind-the-scenes drama. Create feuds between wrestlers who used to be best friends and shake up the calendar if you've ever wished that Raw would air on Tuesdays. Universe mode is certainly interesting if you've ever dreamed of crazy scenarios, but it doesn't make up for the lackluster wrestling once you step back in the ring. At least there's one element outside the ring that anyone could enjoy. Creation mode let's you design an unholy monster to be your champion, which is absolutely riveting if you have a maniacal disposition. Make someone with teeny, tiny legs and cross your fingers that his femur doesn't snap in the middle of a bout. Or maybe you want his bones to break. Whatever floats your boat.

It's a shame the wrestling isn't up to par in WWE 2K14 because the elements surrounding it are so interesting. Though not nearly as captivating as Randy Savage, The Undertaker has a mode dedicated to his undefeated record in WrestleManias. You have the option to knock him from his lofty perch with a willing participant, or fend off everyone clamoring for your throne as The Undertaker. It's a neat mode that embraces one of the iconic personalities in the sport, but none of these activities have lasting appeal because fights are so dreary. When WWE 2K14 does work, its because of its recreation of history. For anyone who grew up loving professional wrestling, be prepared to be swept away in a tide of nostalgia. If only the core action could have been as compelling.

View Comments (247)
Back To Top
6
Fair
About GameSpot Reviews 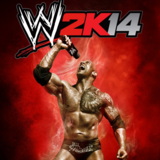 After spending hours with the likes of WWF Royal Rumble and Wrestlefest growing up, Tom hasn't touched a wrestling game in years. Tom spent most of his time in WrestleMania mode, though he went online and tinkered with the creation elements as well.