From Midway's 1983 arcade game based on the band Journey to Sega's Make Your Own Music Video series on the Sega CD, companies have been trying - usually in vain - to tie the recording industry and the gaming industry together in ways deeper than merely featuring an artist on a game's soundtrack. Wu-Tang: Shaolin Style takes the concepts of the Wu mythos, rife with influences from tons of 1970s kung-fu films, and turns it into a four-player arena fighting game with supernatural powers and bloody fatalities.

The game's story is told through a few prerendered cutscenes. It seems that the last living Wu-Tang master, Xin, is hiding out on Staten Island, where he has nine pupils (the Wu-Tang Clan - or Rza, Genius, Ghostface Killah, Inspectah Deck, Raekwon, Master Killa, U-God, Ol' Dirty Bastard, and the Method Man, in case you forgot). Mong Zhu, an evil warlord, feels that he could rule the world if only he knew the ancient secrets of the Wu-Tang discipline. So he heads to New York and captures Xin. It's up to you, as one of the nine members of the multiplatinum-rap-group-turned-martial-arts-masters, to give chase and stop Mong Zhu.

The one-player mode puts you through numerous levels, but more important than completing levels is earning all 36 chambers. Each chamber is achieved by completing a specific task, such as performing four throws in a match, using a new fatality, executing a tech roll, pulling off a ten-hit combo, beating several levels in a row without continuing, and visiting bonus stages. As you put together strings of related chambers, you'll unlock secrets, such as hidden characters, extra fatalities, concept art, and bonus costumes. The bonus costumes are really strange. ODB turns into a clown, Method Man turns into a guy holding a Final Fantasy-sized sword, and Genius becomes a leather-clad woman who, of course, still speaks in the Gza's gruff voice. The 36th chamber is earned by beating the game's final boss, but you can't face him until you've earned the first 35. Some chambers (blocking six hits in a row) are really easy to complete, but certain characters simply aren't very good at getting eight-, nine-, or ten-hit combos. So it's not unheard of to get 28 or 30 chambers and have to spend hours trying to juggle an enemy just right to get that eight-hitter chamber. The game's sub boss, a Raiden-clone complete with electricity powers, is mind-numbingly hard to beat when compared with the relative ease of defeating the rest of your opponents, including Mong Zhu. Expect to spend some time thinking of a cheap way to beat him. The fighting system is on the right track, but it just doesn't work out quite as well as it could have. It tries to be a cohesive, combo-driven system, but the arena-style free-for-all nature of the game's combat doesn't lend itself well to calculated fighting. Instead, it simply forces you to learn as many cheap corner juggles as you can. The entire game idea was lifted from Paradox's cancelled endeavor, Thrill Kill, and much of the gameplay and many of the moves remain.

Each member of the Wu has his own style. The Rza fights with his razor sharp swords. Method uses a hammer. Raekwon fights in the style of a boxer. The Ol' Dirty Bastard fights in a drunken style - just as in real life. But most of the game's special moves aren't terribly impressive or flashy, and most multiplayer fights eventually boil down to who can swing the fastest and who forgets to hit the block button. Each battle ends in a fatality (provided you've entered the parental lockout code, which is found in the back of the game manual), that, for the most part, isn't terribly imaginative. How many times can you watch Rza pin a guy to a wall with his swords and shout, "Plug in, son! Get connected?" Even with four fatalities per character, they get old pretty quickly. There are a few imaginative finishers (ODB straps his foe to a giant rocket and launches him into the sky in his third fatality), but most of them are simple "hit the guy until he blows up-" or "cut off some body parts-"style fatalities. Speech usually accompanies the fatalities, but most of it sounds as though it were sampled from some other source rather than recorded specifically for the game. One of my favorites is ODB's first fatality, where he mounts his opponent and rips the guy's head off, which is followed by someone that sounds vaguely like Dirty (maybe he was having a bad day in the studio, or maybe he was too busy - with legal troubles or with releasing his second solo album - to actually record his own voice work for the game) exclaiming, "Don't mess with Big Baby Jesus!" It's funny every time I hear it, and it's the one of the few shining points in an otherwise drab game. There are three exclusive Wu-Tang Clan tracks on the soundtrack of the game, Wu World Order, Rumble, and Killa. The songs are great for game music, but if you heard them in the middle of the next Wu-Tang album, you'd probably skip past them. There are also instrumental versions of the songs, as well as a group of generic instrumental tracks that play while you're actually fighting. The audio is recorded in redbook format, so you can stick it in any CD player (be sure to skip track one, as it's the data track) and listen to the game's music.

The game has a very distinct graphical style. None of the characters have eyeballs - instead, they all possess crazy-looking Spiderman-like eyes. It makes everyone look really eerie. Also, the characters don't really look all that much like their real-life counterparts. Overall, the game looks blocky, and the textures aren't very good. The blood effects and body explosions, however, are really quite cool, even if they do cause a bit of slowdown from time to time.

While Thrill Kill was cancelled for its extreme violence, it really wasn't a very good game, either. Wu-Tang: Shaolin Style jacks the Thrill Kill engine and masks the game's problems with an amazingly unique and surprisingly game-ready license, an intriguing story mode, and occasionally humorous fatalities. But at its core it remains a flawed fighting game. The game's multiplayer mode will have some appeal for casual fighting-game fans and fans of four-player games that don't require much attention. That said, I found myself going back to the game's single-player mode over and over again, trying to unlock those last few chambers. With a different fighting engine behind it, this could have been a much, much better game. 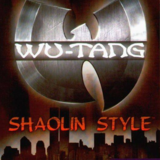 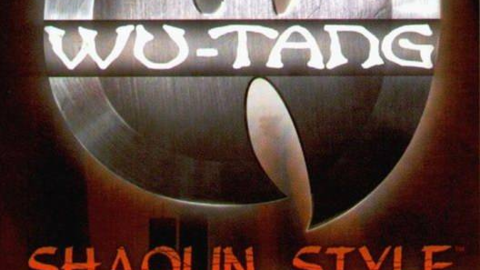