A couple of hours into WRC Powerslide, there's a moment when you round a hairpin bend, skidding past your competitors in your Ford Fiesta or Skoda Fabia, and you find yourself staring at a gaping Sardinian chasm. Had you been going just a little faster, you realize, you'd have gone careening down to your death amid the sheep and vineyards. It's a good moment, and WRC Powerslide would have done well to include more of them. Unfortunately, much of the game suffers from humdrum racing and forgettable power-ups, and even the sense of achievement in the single-player campaign is weighed down by an unmistakable grind.

Rally racers are something of a rarity these days, and it's clear that the minds behind WRC Powerslide attempted to make the endangered genre more appealing to broader audiences. For one, WRC Powerslide plays more like an arcade game than Dirt with Mini Coopers, and developer Milestone littered each of the 24 levels with six power-ups that do everything from releasing smoke screens to triggering mini hailstorms above your competitors. For another, it largely abandons realistic collision mechanics in favor of physics that have Mitsubishi Lancers bouncing all over the runway. (Though to be fair, you can turn collision off.)

Unfortunately, the game is not as successful as it could have been, and part of the problem may lie in its presentation. For all of its focus on Mario Kart-style power-ups and bouncy physics, WRC Powerslide still at least looks like it's meant to represent the real world, and the resulting mismatch of fantasy and reality jars more than it entices. Power-ups such as speed boosts and smoke screens have some basis in reality, for instance, but you never quite get used to the sight of tiny clouds or lightning bolts popping up over other players' cars during your dusty romps through the deserts of Portugal. The physics, too, ruin the otherwise realistic tumbles as the four cars jostle against each other on steep turns, particularly when another car plows into your own and ends up carrying you all the way to the finish line.

The good news is that the tracks scattered throughout WRC Powerslide's eight regions enjoy an admirable diversity of both visuals and terrain. The highways cutting through the forests of Germany, for instance, encourage speedy races unhindered by few obstacles; the dusty plains of Portugal suit off-road-style racing amid cramped villages and gravelly mountain paths. It's a pity, then, that it's all kind of dull. WRC Powerslide never strays from the simple imperative to outrun the guy in front of you, and the absence of any shortcuts or ramps for jumping means that you're generally stuck in last place if you get too far behind. Sometimes you can get away with scuttling down the hill at the edge of the sharpest hairpins turns, but in most cases, attempting to leave the road results in a quick respawn that often leaves you staring at your opponents' rear bumpers.

WRC Powerslide features licensed WRC, Class 2, and Class 3 rally cars, but the differences between the three classes seem negligible. They all handle much the same regardless of whether you're racing over snow, mud, or pavement (although, thankfully, they handle well), but particularly after the first level, WRC's roads are so tortuous that you never really get a chance to see how well one car's tiny speed advantage plays out on open stretches. Moreover, the requirements to unlock new regions aren't well explained, and it may take you a while to figure out that you have to look through the next zone's menus to determine what you need to do to unlock it. If you don't, you could easily make the incorrect assumption that you need to complete every race with every car to advance to the next tournament. Even if you figure out the requirements, however, you still have to run every race with every class of car to unlock most cars and crews, and WRC Powerslide's gameplay just doesn't support the replayability demanded by that kind of grind.

Still, racing can be fun in the online multiplayer mode under the right conditions, but most players over the course of a week of gameplay seem to insist on playing with the power-ups and collisions turned off. In such cases, the limitations of WRC Powerslide's core gameplay appear in their absence. Accidentally run off the road? Without power-ups, you can essentially forget about catching up with your opponents. Running neck and neck with one or more of your three human or AI opponents? Without collisions, you're just going to have to hope you make the next turn better than they do. That might be more in line with what rally fans seek, but multiplayer matches end up feeling dull as a result, and it doesn't help that the distant bird's-eye view camera is designed for the very arcade style of gameplay most online players switch off. When it's just you and the road, the fixed camera robs you of the excitement that a more level point of view might have provided.

Yet for all the shortcomings of WRC Powerslide, nothing stings so much as the absence of a split-screen local multiplayer mode. This is a game that still could have been fun in short doses with a friend on the couch, and the arcade-style camera seems well suited to it. As it is, WRC Powerslide provides a couple of hours of racing fun, but its odd hodgepodge of realism and fantasy, its near indistinguishable cars, and its grindy progression leave it merely sputtering along kilometers away from the finish line. 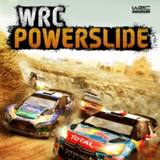 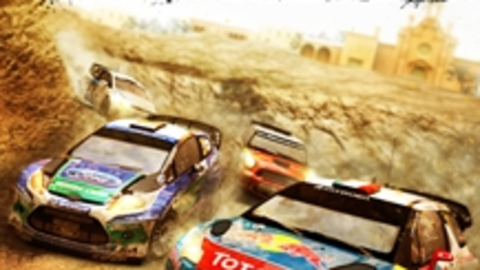 WRC Powerslide is a game developed by Milestone that offers players the chance to try all the WRC licensed elements with an arcade attitude.