Despite solid driving physics, WRC 2 fails to make significant improvements on last year's game, or keep up with its racing rivals.

WRC 2 fails to make many improvements on the first World Rally Championship game. It doesn't address many of the original game's flaws and adds very little new content, except for updating the cars and drivers to the 2011 WRC season. The car handling, visual detail, and game modes are all largely unchanged, resulting in a game that feels like a missed opportunity rather than a successful sequel. Followers of the real sport will appreciate the new Super Special Stages, but most racing game fans will be disappointed by the lack of thrills and frills.

Despite its many disappointments, WRC 2 features the same robust handling model that was the most enjoyable aspect of last year's game. Front-wheel drive cars require a deft touch with the throttle to compensate for their understeer, whereas the much more powerful Production, S2000, and WRC classes challenge you to control big slides using careful steering and the hand brake. Surface changes are as important as ever. Most stages feature multiple road types, such as tarmac, gravel, sand, and snow. Transitioning between them noticeably affects your handling, particularly in wet weather. The game now features a selection of preset car setups at the beginning of each stage, based on the weather and the types of surfaces you will face. Those of you with more mechanical knowledge can tweak every aspect of the car to find extra performance, but the presets offer a helping hand if you would rather just get behind the wheel. There's also a rewind feature, which functions the same way as those found in many other current racing games, allowing you the chance to roll back the action by a few seconds. This is a welcome addition, because the handling can take some getting used to, and many of the stages are much longer than those found in other recent rally games. Purists can turn this feature off for a more realistic experience, if they prefer to.

The Rally Academy returns from last year's game. This mode requires you to complete short sections of stages in varying conditions and with different cars. Using a racing line and ghost car as a guide, novices can spend time in Rally Academy to become familiar with the handling model and the variations between surfaces and car classes. You can also learn the different calls used by your co-driver, helping you to predict the road ahead and position yourself effectively for each bend and bump. The various difficulty options give novices even more tools to ease them into competitive rally racing. Assists include braking and stability, adjustable damage, a number of rewinds, and nine levels of AI ability. This makes it easy for newcomers to gradually tweak the difficulty as they improve their skills, while also giving rally veterans the chance to make the game as challenging as they please. Steering wheel support has been improved thanks to input graphs in the advanced wheel settings screen that let you test settings before going on-track, rather than through trial and error.

Unfortunately, once you enter the Road to WRC career mode, it becomes apparent that little else has been improved since last year's game. The structure is the same: start your own team and hire mechanics to upgrade your car and managers to negotiate with sponsors. At each race event, you're given team and sponsor objectives that you complete to gain money and reputation. Objectives usually involve finishing above a certain position or under a set time. Money can be used to buy cars, as well as colours and patterns to paint them with. Your reputation determines which cars are unlocked and increases interest in you from the official WRC teams. This mode will be familiar to those who play a lot of racing games, and its lack of originality can make it quickly feel stale. Many of last year's problems also return. The sponsors you earn are still fictional companies, sometimes with no motorsport connection whatsoever, such as Steve Pace Guitars. Also, once you've progressed through the support classes and reach the World Rally Championship itself, you're forced to abandon the team that you have carefully built up in favour of an officially licensed one, making the majority of your efforts feel like a waste of time. The career mode is lengthy, but it doesn't provide the same sense of progression or accomplishment achieved by other racing games.

The only new features in Road to WRC are the Super Special Stages and the bonus Group B class. Super Special Stages are the only tracks that take place on purpose-built circuits. The course is timed as with normal rally stages, but two drivers compete head-to-head starting at different points on the circuit and overlap halfway through. Super Specials add a touch of excitement to the action, but they don't appear until several hours into the Road to WRC, and the rest of the game's stages are carried over from the previous game. The new Group B class features the notoriously high-powered rally cars of the 1980s that were banned on safety grounds. Unfortunately, the Audi Quattro, the most iconic Group B vehicle, isn't featured in WRC 2.

The other single-player modes haven't changed from last year. You can take part in single stages, single rallies, championships, or time trials using any of the cars and courses. Once again, there is no split-screen multiplayer, but Hot Seat mode compensates for this by letting you take turns recording times in any of the single-player event types. However, with more than two people, this becomes time consuming and never provides the excitement of competing side by side on the track. WRC 2's online multiplayer is similarly stagnant, with almost nothing being altered from the last game. You can compete in all of the single-player event types, but other players continue to appear as ghosts. There is no contact between cars and no option for realistic staggered starts. The levelling system returns from last year but is similarly arbitrary with no benefits other than a number appearing next to your name in lobbies.

There are some visual improvements in WRC 2, but they are minor. The car models are a little more detailed, and the lighting has been given a more realistic tone. The visual damage is still impressive, with parts hanging loose before falling off further down the road and subtle dents and scrapes appearing on long stages. Cars also get dirty, sometimes completely covered in mud or snow by the end of a tough rally. Unfortunately, the interior views are still severely lacking in detail, with bland grey dashboards that lack the array of buttons and switches you expect to see in a racing car. There's also an optional look-to-apex feature to the first-person view, but as in other games that have attempted this feature, it is distracting rather than immersive. Environmental detail is still poor, with low-resolution textures that sometimes make it difficult to differentiate objects in the distance from those on the road ahead. On the other hand, the texture pop-in from last year's game is no longer a problem in WRC 2. Despite the low-quality visuals, there are no other cars on the rally stages. In the real sport, starts are staggered but drivers are still on the course together. Faster drivers sometimes catch up to slower drivers and must find a way to get past while still maintaining their own speed. Because the stages in WRC don't feature other cars, the races often feel empty and lonely, without a true sense of competition.

WRC 2 is an mediocre racing game made more disappointing by a lack of improvement and innovation. If you already own last year's game, there's little reason to purchase the sequel other than to stay up to date with cars and drivers from the 2011 season. The Road to WRC career mode and the selection of stages are almost exactly the same as before, and the improvements to the graphics and handling are minimal at best. The cars are still responsive and satisfying, though they don't provide many thrills. The standard in the racing genre is currently high, and WRC 2 has unfortunately failed to keep up. 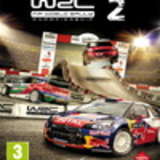 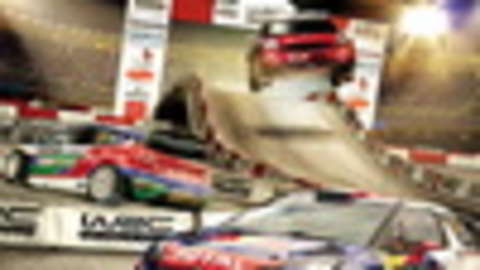